Google brought us Kubernetes. But now we see a different side to the organization that made such a smart move when it turned over Kubernetes in 2015 and led the formation of the Cloud Native Computing Foundation (CNCF).
Jul 28th, 2020 11:09am by Alex Williams 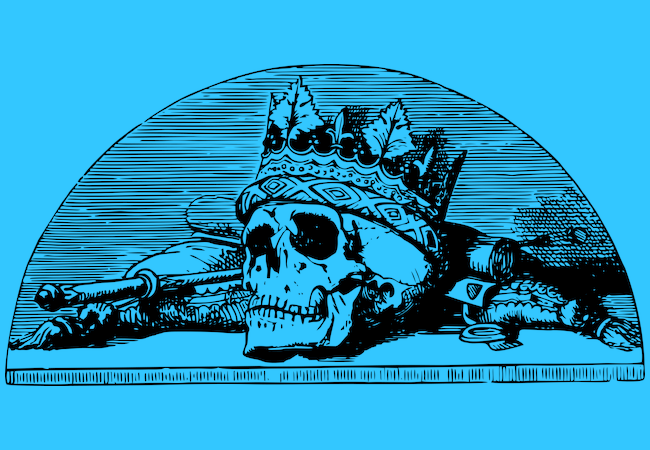 Just think about what our community has gained from Kubernetes. We’re lucky to have witnessed such an extraordinary group of people develop the container orchestration technology over the past several years. Kubernetes is symbolic of these times, when scale-out architectures really emerged in a way that gave organizations new ways to use internet technologies.

Google brought us Kubernetes. But now we see a different side to the organization that made such a smart move when it turned over Kubernetes in 2015 and led the formation of the Cloud Native Computing Foundation (CNCF).

Now we see a company that has changed its philosophy about open source, less inclined to give its trademarks to an independent foundation, and instead, managing the marks themselves. It’s a business decision. Let’s be clear that Google is very much still committed to Kubernetes. But they are clearly taking a much more inwardly focused approach with the formation of the Open Usage Commons (OUC), a company they created to manage trademarks — most notably Istio.

Now, why should we at all care about Google’s decision? In one respect it looks like an organizational change that could be viewed as inconsequential to the development of open source.

Another view: this is a matter of trust. After telling their peers that Istio would go to the CNCF, Google decided that they did not want to turn over Istio like they had Kubernetes. Google’s own misgivings about Kubernetes have been made abundantly clear. Istio would not be the next great open source project from Google. They had turned inward and it should not be expected that the Kubernetes model will be adopted by Google any time soon.

Google’s move with Kubernetes was brilliant. Amazon Web Services was the clear dominant leader in 2015 and that has not really changed. AWS dominates cloud computing. But Kubernetes changed the conversation for Google. With Kubernetes, they had developed a way to pry workloads off proprietary infrastructure and make the cloud something that could run anywhere.

The Kubernetes momentum carried into the Google Cloud Platform, giving the cloud service a force it could drive and use to develop new projects, namely Istio, Knative and KubeBuilder. The only problem: Google did not own the Kubernetes trademark. And the tradeoff weighed upon the Google executives, according to multiple sources. They questioned their decision. Then they looked at the financial cost.

How to resolve the impact of Google’s decisions can be viewed by the impact on users. What’s really at issue here is how users get represented in open source communities, particularly those affected by large companies such as Google.

How representation is allocated in open source communities is similar to any community, be it the U.S. Congress and its election of representatives, or a city council. What matters is the governance and the trust that is necessary for the real work to get done.

In publicly elected institutions, the systems may often look like they’re representative of the people, but the reality can be different. Communities can be marginalized, even though as taxpayers they should be afforded the same benefits as people with more privilege. Too often, the system reflects the power and biases of the representatives who set the rules and the policies. Governance does matter.

In technical communities, people are more aware today about equal representation, but there is still a long way to go. People are more aware of how open source communities often reflect and serve those in power who make the rules. Google’s decision to establish the OUC is a reflection of its ability to change the rules about an already established open source project, in particular, Istio. The test now for Google is how it will move forward to put the user first.

The OUC is now the new ship Google will sail to fight off threats to its names. We’re just not sure if it’s a parking lot for trademarks or a warship for battle. How will Google use its trademark as a missile launcher to potentially file lawsuits against its competitors? There will still be a culture of open source, but the primary goal will be to use its trademark as a potential weapon for companies with, for example, three-letter acronyms. (Thanks to VMware technical specialist Michael Coté for his definition of trademarks on his Software Defined Talk podcast.)

So Did Google Lose Out?

Hardly. The goodwill alone from Kubernetes boosted Google Cloud into a different stratosphere of respect than it had ever enjoyed before.

The people who became synonymous with Google Cloud and Kubernetes are the most well-known people in the community. Eric Brewer deserves particular applause. And he continues to show that Google is and will remain a force in the open source community. Brewer sponsored the Kubernetes project. To this date, he has spearheaded projects such as the recent hiring of 1,000 interns who will work from their homes on open source projects.

Before Kubernetes, who had heard of Brendan Burns, Craig McLuckie, or Joe Beda, the three co-creators of the Kubernetes project? And what about the people who emerged from Google? They are some of the smartest engineers we have come across in the past few years. David Aronchick, Liz Fong Jones, Maya Kaczorowski and Paris Pittman are some of the former Googlers who come to mind.

When the rules do change, an organization has to show its users that it can still be trusted. One thing we do know, people will find their way — even if it means finding other alternatives. In the service mesh world, there are other options, that’s for sure.

Alex Williams is founder and editor in chief of The New Stack. He's a longtime technology journalist who did stints at TechCrunch, SiliconAngle and what is now known as ReadWrite. Alex has been a journalist since the late 1980s, starting...
Read more from Alex Williams
SHARE THIS STORY
RELATED STORIES
Managing the Cost of Kubernetes Kubescape: A CNCF Sandbox Platform for All Kubernetes Security DevOps: Kubernetes Help Desk or Self-Driven Innovation? MicroK8s and Portainer Is The Easiest Way to Deploy an Application on Kubernetes Wasm for the Frontend: A Look at Developer Use Cases
Amazon Web Services, The Cloud Native Computing Foundation, The Linux Foundation and VMware are sponsors of The New Stack.
SHARE THIS STORY
RELATED STORIES
What Is the Docker .env File and How Do You Use It? Testkube Moves to the Cloud in Beta Release Install Minikube on Ubuntu Linux for Easy Kubernetes Development Kubernetes Needs to Take a Lesson from Portainer on Ease-of-Use Rethinking Java @Scheduled Tasks in Kubernetes
THE NEW STACK UPDATE A newsletter digest of the week’s most important stories & analyses.
The New stack does not sell your information or share it with unaffiliated third parties. By continuing, you agree to our Terms of Use and Privacy Policy.