Op-Ed: The Tech Journalist and the PR Pro in the Age of Open Source 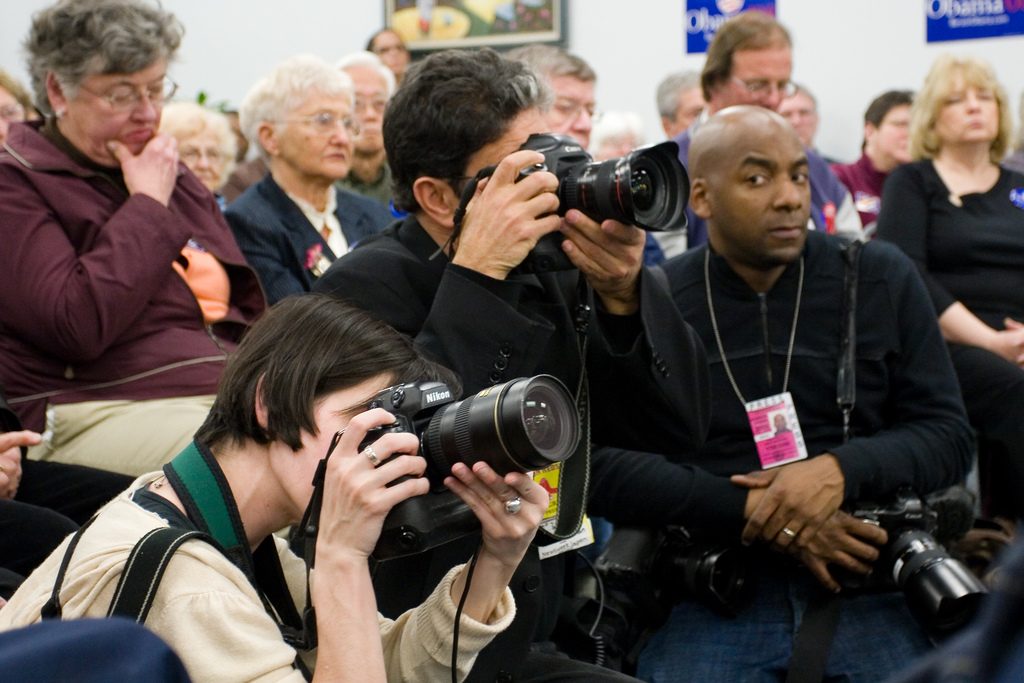 This particular op-ed has the danger of revealing what a former editor of mine liked to call “inside baseball.” Nobody reads that, he said. Over three decades, I’ve collected a huge, wide-ranging, awe-inspiring list of the topics which, as I’ve been told by people sitting opposite the business end of their desks, nobody reads. It is a wonder to behold. In fact — and you should know this now before you get dragged along any further — you’re not even reading this now.

Never in history has information, despite its well-stated want to be free, become free. Someone, somewhere, always pays for it. If he’s lucky, he can get a job in Russia as a professional martyr. Otherwise, more than likely, his name will never pop up on Google News.

The March of Time

The technology news business, like any other news business, is driven by events. For most of its existence, technology news has been a passing parade. Anyone wanting to know the next big, important thing only needed to wait one minute for the next rose-covered float to steer itself around the corner, and strut down the boulevard. It was not all that hard for someone to set up a business around describing to people what “the next” or “the new” big thing would be.

The public relations business is an effort to build an economy — a supply/demand relationship — around the dissemination of events. For a quarter-century, with respect to technology, it has worked brilliantly. PR professionals place themselves in a position a few hundred feet ahead, and promise to tell journalists details of what the next new thing will be, if they will agree to adhere to embargoes: restrictions on the flow of information, until a designated time.

Embargoes are a fact of trade journalism, and always have been. They enable manufacturers and vendors to break the news on their schedules. Certain publishers can assume enough of an air of arrogance to claim they’re above the recognition of embargoes. But to say that out loud is to come on a little too strong with the arrogance, and to imply to readers that they’re not worthy of being trusted.

Besides, in the era of social dissemination, where anyone given an exclusive is penalized by Google News for getting it first, it no longer pays a company dividends to choose any single news provider for an exclusive.

This places journalists like me in an awkward, but no longer strange, position. My “value-add,” my raison d’être, must be to tell a story in a way I know my competition will not. I trust all twelve of my readers to know that they know I’ll tell them a unique story with an angle and a perspective that makes sense to them. And if they read the same headline elsewhere at nearly the same time, what does not get printed beneath that headline will speak volumes.

In recent years, I’ve received a growing number of complaints from PR professionals — certainly not a majority, but a sizable plurality — for not being “on message” with respect to the news they spoon-fed me. I’ll receive pleas for “urgent corrections” instructing me, for example, to remove a reference to a competitor since no such reference appeared in the press release, or to add entire paragraphs listing various financial backers. At a rate now approaching once every two months, I’ll receive an attachment to an e-mail containing a completely proofread copy of a printed article, demanding insertions and deletions.

The fact that this happens to me is indicative of a far more important point: that it is happening to everyone in my trade. I might presume that it doesn’t happen to anyone named Kara Swisher, but let’s be honest about this: It’s happening to Kara Swisher.

At the root of this dilemma is the fuzzified nature of the role of the technology journalist. We have a duty to educate as well as to inform, which requires us to understand a great deal about the nature and dynamics of what we discuss. This understanding requires us to communicate more deeply with our sources and, in so doing, learn more about topics than these sources want you to know.

During a Q&A with Dan Rather at a seminar a few years ago, he told me this was a problem. Technology journalists, he said, are doing less and less investigative reporting, and therefore are not doing reporting. When there is something someone doesn’t want the people to know, he said, that is what the people should know.

Which brings me to my next point: Over the last year, I’ve spent time exploring two completely opposite necks of the woods, to borrow a Dan Rather metaphor. Down in the basement, deep beneath the part of technology we’re thrilled to wear on our wrists, is a part called the “infrastructure.” There, the people who are digging the world out from the residue of the circuit-switched 20th century, are begging for someone to tell their story. Everyone loves smartphones. Nobody, said one PR person in that neck of the woods, loves the phone system.

This other neck — the one we call “The New Stack” — is largely a product of the open source development community. These people share a lot of the information about their everyday work openly, not only amongst themselves but with the rest of the world. If you want to know what’s new in this part of the world, GitHub will be happy to hand it to you.

And that’s a problem, for a reason you might not expect: The news business is defined by events, and if events happened every day, people may stop paying close attention to them.

Historically, the public relations business managed technology events in discrete product cycles. When a startup becomes funded by a VC, the VC often hires a PR firm to manage publicity. At that point, the firm begins dictating how the flow of information should proceed.

Which is completely contrary to the way open source works. Open source requires constant communication — instant messaging — between developers in disparate organizations. What’s more, more than any other segment of the technology economy, open source has adopted continuous deployment and continuous integration — rolling out new functions the moment they’re ready, without waiting for the next product cycle.

This incompatibility between the two aspects of business is leading, more often than not, to the following situation: Public relations representatives are making more demands that we journalists refrain from publishing what the rest of the world already knows, until an arbitrary embargo date, in the interest of maintaining the event cycles, hype, and hyperbole that they argue is critical for our success.

It’s a dangerous corollary to Dan Rather’s maxim. It presumes, since information that is restricted is worth being known, information gains value when it becomes restricted. It creates situations where organizations keep false secrets in an effort to garner interest in what these secrets conceal.

Put another way, if information truly were free, then it would have no value at all.

But when this strange form of bluffing works, and on occasion it does, it creates a weird situation where the journalist who listens only to PR representatives is the last to know about a subject, whether or not it’s actually newsworthy. Even the readers know about it before he does.

It may, at times, seem unfair for journalists to withhold information from their own readers, especially when it’s done by request of their sources. The reason journalists do this is because they are craftspeople who build value into the stories they tell, but only once they have gathered all the information they require to tell the story right. So if there is something that I know and you don’t, believe me, once I do tell you about it, you’ll understand it better.

And when there is something you know and I don’t (and I’m no fool; you know a lot that I don’t), I would much prefer to learn about it from you than from some pre-digested, re-digestible press release post-dated sometime next week.

The least I can do, if I’m truly doing my job, is to help you make better sense of the world you thought you knew.

It’s too bad nobody read this, isn’t it?