In advance of O3DCON next week, we spoke with The Linux Foundation's Royal O’Brien about why open source is needed in metaverse development.
Oct 14th, 2022 7:15am by Richard MacManus 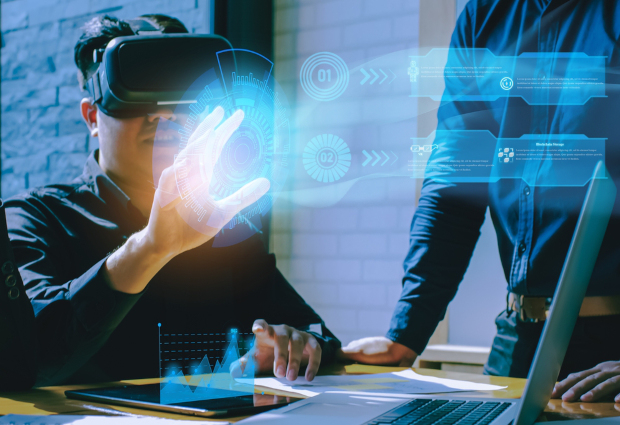 Open 3D Engine (O3DE) is one of a number of 3D development engines competing in the thriving online gaming sector — not to mention the nascent metaverse market. Unlike its more well-known counterparts, Unity and Epic Games’ Unreal Engine, O3DE is open source. It began as an Amazon product with a typically terrible Amazon name (Lumberyard), but was open sourced in July 2021 under the stewardship of The Linux Foundation, which created a new organization for it called the Open 3D Foundation (O3DF).

In advance of O3DCON next week, a conference for 3D developers hosted by O3DF, I spoke with Royal O’Brien, the foundation’s Executive Director and also General Manager of Games and Digital Media at the Linux Foundation. The focus of our call was metaverse development (there is a special “metaverse track” at the conference).

Why Is Epic Games a Member of O3DF?

Somewhat surprisingly, Epic Games joined O3DF as a premier member in August, alongside Adobe, Amazon Web Services (AWS), Microsoft and others. I asked O’Brien what the thinking was in welcoming Epic Games, since it appears to directly compete with the foundation.

“There’s not just going to be one engine,” he replied, “everybody’s not just going to go to Unreal to purchase an engine or purchase licensing to build something in the metaverse. We’re going to see that open source is a critical factor there. Being able to have people build what they want using open source tools and customize it that way, is actually important […] it’s Apache 2.0 license, so they get to go crazy with it.”

He also said that with open source, Epic Games and others can take things that are “table stakes” — such as basic runtime pieces — and then focus on newer advancements like Nanite, the virtualized geometry system in Unreal Engine.

O3DE is also a modular system, which O’Brien thinks is a suitable architecture for the emerging metaverse and also benefits the likes of Epic Games.

“​​Metaverse pieces are going to have to be modular,” he said. “If you look at what we do on webpages today, you don’t realize all the interactivity — you loaded a webpage, but you also loaded about 20 JavaScript [programs] in the background. We’re going to need that kind of modularity to happen again, or else everybody’s going to have to download a giant application to run something on the metaverse.”

In the case of O3DE and Unreal Engine, the partnership allows 3D developers to “move media assets and limited code between the engines,” said O’Brien. “So if somebody is building something in Unreal, they can move it to O3DE [and vice versa]. It helps future proof that and ensures that we have multiple engines in the marketplace.”

O’Brien also noted that the modularity of O3DE has portability advantages for developers.

“If you wanted to pull the renderer out of Unreal or Unity, you really would have an incredibly difficult time doing that. On this engine [O3DE], you literally could just shut it off — it's a library — and replace it with another.”

Ultimately, O3DE’s main differentiator over Unity and Unreal Engine is its openness. But O3DE isn’t the only open source game in town. Blender and Godot are both mentioned regularly in discussions among metaverse developers, so I asked O’Brien how they differ.

He acknowledged that both are great projects and have been around for many years (Blender since 1994 and Godot since 2014). Both have also been built and developed over the years by their respective user communities, with little commercial input. This, he suggests, is the key difference between those two tools and O3DE.

O3DE, he said, is “designed to be more of a commercial type package that people can use — and [it’s] supported like a commercial package, with companies along with the community.”

“We have marketing, we have dollars behind it, we have vendors who have specific needs of what they want to do that are driving it,” he continued, “which means making sure that ray tracing is added, making sure that mobile devices are added, because it helps their businesses.”

Again, he came back to O3DE’s modularity as a key point.

“The idea is to get this open 3D engine where it has all the components for complete end-to-end AAA, but it's also componentized,” he said (AAA is a gaming industry term meaning high-budget, high-quality games).

What about the Web?

In this current, very early, era of the metaverse, big companies like Meta and Epic Games make little mention of the web. There is a lot of talk about “openness” and “interoperability” from the likes of Mark Zuckerberg (Meta CEO) and Tim Sweeney (Epic Games CEO), but the word “web” very rarely crosses their lips. I asked O’Brien whether he sees a place for web technologies in the metaverse.

In his response, he didn’t specifically mention the web either. But he did say that “you need open source to allow the incumbents to continue [to] work their way up” to interoperability. He mentioned that the O3DCON event next week will bring together people from all over the open source industry — from the Cloud Native Computing Foundation (CNCF) through to blockchain advocates and the Khronos Group. The latter will be talking about its proposed open metaverse solutions, such as glTF, from the perspective of the Metaverse Standards Forum launched earlier this year.

O’Brien added that aspects of a metaverse will require a re-think compared to the web as we know it today.

“What will the server of tomorrow's metaverse look like?” he asked. “We [currently] use web servers. Metaverse servers are going to be different — it could be more like a game server, because it has to coordinate space and things like that.”

Like its parent organization, The Linux Foundation, the O3DF is focused on helping open source thrive commercially. In the case of the emerging metaverse, there is a clear need to promote open source solutions in the face of Meta’s potential dominance — not to mention Nvidia’s proprietary stack, which is currently more advanced than Meta’s. So it’s good to see O3DF working with the likes of Epic Games and Microsoft to help build open metaverse technology.

Richard MacManus is a Senior Editor at The New Stack and writes about web and application development trends. Previously he founded ReadWriteWeb in 2003 and built it into one of the world’s most influential technology news sites. From the early...
Read more from Richard MacManus
SHARE THIS STORY
RELATED STORIES
How Instagram Prepared for High Definition Video Developers Get a Quick-Start to Coding with Replit IDE How Web Tech Got This Way and How It May Evolve in the Future Microsoft Aims to Bring DevOps Discipline to Web3 Jamstack Panel: Multiple JavaScript Frameworks Are a Good Thing
SHARE THIS STORY
RELATED STORIES
How to Build Your Own Decentralized Twitter How Instagram Prepared for High Definition Video 'Gatsby Killer' Next-Drupal Brings Headless to Drupal CMS Survey Finds Majority of Jamstack Community Testing Edge Devs Are Excited by ActivityPub, Open Protocol for Mastodon
THE NEW STACK UPDATE A newsletter digest of the week’s most important stories & analyses.
The New stack does not sell your information or share it with unaffiliated third parties. By continuing, you agree to our Terms of Use and Privacy Policy.