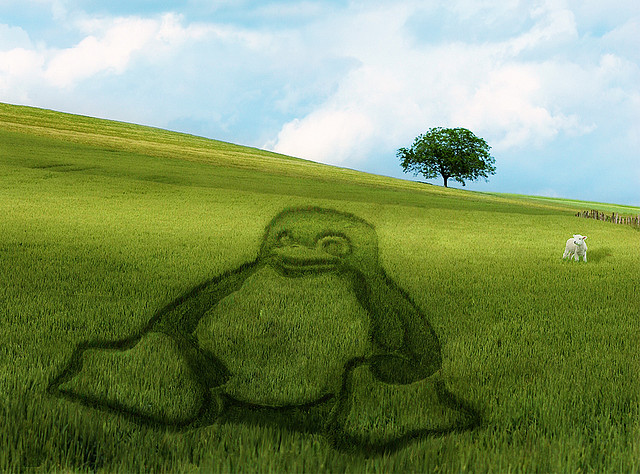 The rise in open cloud platforms, Linux-based technologies and the innovative new products that run on them are fueling the continued demand for Linux pros, according to the annual survey from The Linux Foundation and job board Dice.

It polled 1,010 hiring managers and 3,446 Linux professionals to report on the state of the Linux job market.

Ninety-seven percent of the hiring managers said they plan to bring on Linux talent in the next six months, up four points from last year. And half say they’ll hire more Linux talent this year than last.

Meanwhile, the love for all things Linux continues to grow. While 51 percent of Linux pros last year cited a passion for Linux as their primary reason for their career choice, this year that number was up to 75 percent.

The rise of open cloud platforms are playing into that. Forty-two percent of hiring managers say that experience in OpenStack and CloudStack will have a major impact on their hiring decisions, while 23 percent report security is a sought-after area of expertise and 19 percent are looking for Linux talent with Software-Defined Networking (SDN) skills.

Among the factors driving growth:

“We frequently get requests for Linux administrators, with salary rates anywhere from $75k to $120k depending on level of experience,” said Deborah Vazquez, CEO of IT staffing firm PROTECH in Boca Raton, Fla.

“We’ve also been seeing a lot of software engineer and developer requirements where our clients consider having Linux experience a plus.  In these cases, it’s usually not a hard requirement, but a nice plus since the software these developers/engineers develop will be deployed on top of the Linux operating system.”

Riviera Partners, however, a San Francisco staffing firm focused on startups, sees Linux demand more focused on the DevOps side.

At the same time, 88 percent of hiring managers in the survey report that it’s “very difficult” or “somewhat difficult” to find these candidates.

Among Linux pros, 90 percent say that knowing Linux has advanced their careers, an increase of four points from last year.

Citing a need to expand the skills pipeline faster, the Linux Foundation announced two new certifications last fall: the Certified System Administrator (LFCS) exam covering skills for basic to intermediate system administration, and the Certified Engineer (LFCE), focusing on design and implementation of system architecture. Both are performance-based certifications allowing candidates to choose the distribution in which they wish to certify.

It had previously offered its “Introduction to Linux” course for free on edX, which became one of the most popular courses offered.

Analyst firm Foote Partners, which tracks premium pay trends from 2,688 North American employers in its quarterly “IT Skills Demand and Pay Trends Report,” has been reporting an uptick in employer interest in certifications overall. Premium pay is the amount companies are willing to pay above base salary.

“When you see increases in pay for certs it’s usually because demand is rising faster than supply,” said CEO David Foote. “… in this case the supply of Linux talent is quite strong. Linux has been around for a long time.”

Employers have been less willing to pay premiums for non-certified Linux skills which have shown a 12.5 percent decline in market value in the last six months of 2014, he said.

Susan Hall is the Sponsor Editor for The New Stack. Her job is to help sponsors attain the widest readership possible for their contributed content. She has written for The New Stack since its early days, as well as sites...
Read more from Susan Hall
SHARE THIS STORY
RELATED STORIES
OpenTelemetry Properly Explained and Demoed .NET 7 Simplifies Route from Code to Cloud for Developers How Intuit’s Platform Engineering Team Chose an App Definition Install Dozzle, a Simple Log File Viewer for Docker What Do 'Cloud Native' and 'Kubernetes' Even Mean?
SHARE THIS STORY
RELATED STORIES
The Latest Milestones on WebAssembly's Road to Maturity Does Your Database Really Need to Move to the Cloud? Install Dozzle, a Simple Log File Viewer for Docker 3 Ways an Internal Developer Portal Boosts Developer Productivity Retrospective: Why Was Cloud Foundry at KubeCon?
THE NEW STACK UPDATE A newsletter digest of the week’s most important stories & analyses.
The New stack does not sell your information or share it with unaffiliated third parties. By continuing, you agree to our Terms of Use and Privacy Policy.