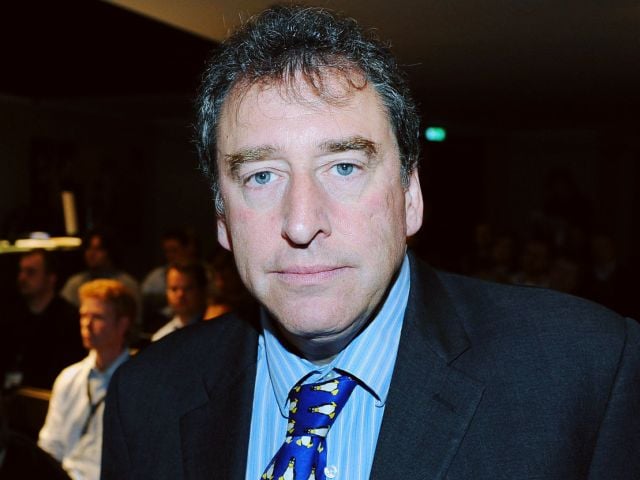 In a unanimous 8-0 decision issued Monday morning, the U.S. Supreme Court reversed a Federal Circuit ruling, asserting that patent litigation should take place in the district in which the defendant was originally incorporated, rather than simply any district in which the entity transacts business.

The decision, wrote Justice Clarence Thomas, came down to whether patent litigation is meaningfully different from civil litigation. The justices decided it was not.

It is unlikely many Bay Area companies will miss being sued in Eastern Texas, but ironically, Monday’s Supreme Court ruling did not come to light on account of either software or East Texas. Instead, it focused on Kraft Foods Group‘s lawsuit against TC Heartland LLC: the makers of Mio water flavoring versus to makers of Skinny Girl and other additives. The suit alleged patent infringement of flavored water pouch technologies. The litigation was literally over tiny squirt bottles filled with highly concentrated flavors, and why only Kraft should be able to produce such a product.

Kraft sued Heartland in Delaware, but Heartland is based in Indiana, where it preferred to see the suit tried. That seems to be where things are now headed for Kraft.

The Fourco case specifically dealt with a West Virginia glass company being sued for patent infringement in New York, where it had an established place of business. The vagaries of the case extend like a rabbit hole of dependencies into the history of patent litigation in the United States, but the end argument rests on whether or not a few lines of the law on patent litigation [28 U.S.C 1400(b)] are supplemented by another [28 U.S.C. 1391(c)]

The supplemental bits of 1391 in question were twice revised by Congress after the Fourco ruling, while the 1400 section hasn’t been touched or revised at all since the 1957 ruling. Thus, the Supreme Court rested today’s decision upon the 1400 clause, not the 1391 clause, specifically because Congress hadn’t touched it.

A Change of Venue for Open Source

One of the more complex implications of today’s decision could be for open source developers. Bruce Perens long ago predicted that bad faith software patent holders would move against smaller and open source developers first in an attempt to win precedent cases, particularly in far-off venues like East Texas, where smaller developers couldn’t afford to run off to defend themselves.

Speaking with us Monday afternoon, Perens said that today’s decision is a step in the right direction: “Anyone else can apply the finding in this case to their own case, whatever kind of defendant they are.” Individual open source developers could use this as precedent for a defense, he told us.

Software is encumbered with too many protections under intellectual property law in the United States, said Perens, extending so far as to hold back research and development at the university level, as institutions vie against one another for patenting chess games, rather than collaborate.

“As far as patents and open source developers,” said Perens, “the trend has been to weaken patents against not just open source, but everyone. They still need a lot of weakening, I think especially in the area of software patents, although we have open source hardware now. Software has both copyright and patent protection, and that’s unique. You don’t get story patents when you make a movie. I think software now is over-protected, to the extent we can reduce it to just being [protected by] copyright. I think it would be much easier for the industry.”

That doesn’t mean software patents have posed an actual threat to open source: Perens said it’s been mostly a perceived problem. “As big a fear as we have of software patenting in open source, we haven’t really had problems from big software patent aggressors. About the worst thing we have is Microsoft saying, ‘No, you have to have a license to have our disk file system.’ We haven’t had someone come up and say, ‘Here, Linus, your open source project is a big infringer, and I am going after you for big bucks and stopping your projects. The reason that hasn’t happened is no one wants to be the poster boy for patent reform,” said Perens.

Instead, the real threat of software patents is in the never-ending arms race between technology companies and universities that have arisen due to what Perens perceives as the influence of IBM and the passage of the Bayh-Dole Act in 1980.

“We had a transition, going over decades, from an era in which corporations routinely cross-licensed their technologies — and that was the main thing they did with their patents — to a time really started by IBM, when patents became a major source of revenue. Everyone looked at what IBM was doing and followed them,” said Perens.

Since the early 1990’s, patent litigation has been unbounded by borders, with the actual location of the litigation factoring into the likelihood of positive outcome for plaintiffs. For so-called “patent trolls,” this tactic has landed an estimated 40 percent of intellectual property cases in the Eastern District of Texas.

Until today, Marshall, Texas was considered to be the hotbed of such litigation. There, the local populace has been becoming more and more technologically educated, as cases bring in experts to educate their juries.

A great example of this theory in action came in 2010, when Microsoft lost a $290 million dollar judgment in favor of Infrastructure for Information (renamed simply i4i LP) in the Eastern District of Texas. The 2007 suit alleged that Microsoft’s word processing products infringed on the Toronto-based i4i’s patent 5,787,449A. That patent explains a method and system for manipulating the architecture and the content of a document separately from each other and dated back to 1994.

In an almost cartoonish trial of errors, one of Microsoft’s attorneys, in that case, Matthew Powers, attempted to take advantage of a jury that he may have perceived to be composed of farmers and rural country folk. During voir dire, in which jurors were being selected, according to court transcripts, Powers asked the jury how they might vote if they found that a certain party used its patents for “attacking somebody because they just want to try to get money out of them.” U.S. District Judge Leonard Davis cautioned Powers to stop misrepresenting the law, but he persisted with more jurors.

The scene must have been an almost comical image, reminiscent of “Futurama,” “Better Call Saul,” or a 1980s sitcom. Some $40 million of that $290 million judgment was on account of a trial misconduct penalty that Judge Davis tacked on to the jury’s award. An appeals court affirmed that award, and in so doing, established that any challenge to a patent must present “clear and convincing” evidence of invalidity, rather than just a preponderance of the evidence. That decision was later upheld by the Supreme Court.

The tactic of suing in districts that were remote to the defendant, may have been almost exclusively limited to so-called “patent trolls.” When Oracle, Google, and Samsung began their lengthy court fights over Java, they were fought in the Ninth Circuit, which includes Northern California, with plenty of technology-savvy jurors and judges.

When companies like Oracle seek to acquire an outside firm, they typically spin up a temporary company in Delaware which can perform the acquisition, then be reabsorbed back into the parent company. Thus Wilmington, Delaware — where a great many companies were founded, due to the state’s many tax havens — may become the new center of intellectual property disputes.

Everything You Need to Know About SOC 2 Audits | strongDM
January 19, 2022

Have a Cloud Transition you can be Proud Of | Blameless
January 24, 2021