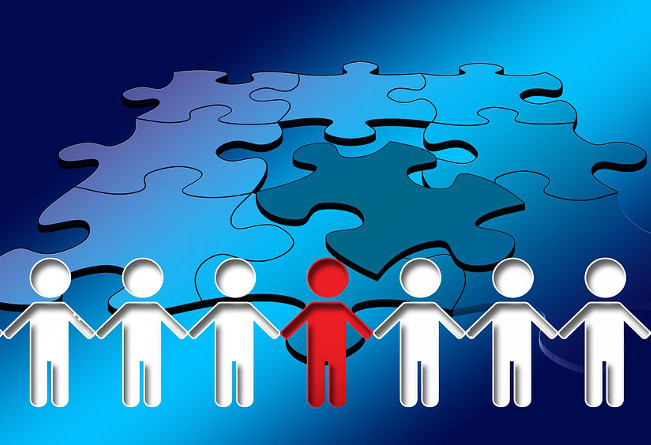 “Linux, the largest cooperatively developed software project in history, is created by thousands of people from around the world and made available to anyone to use for free,” noted Jim Zemlin, the executive director of the Linux Foundation in a blog post earlier this year about a U.S. immigration order signed by newly elected U.S. President Donald Trump that would have sharply curtailed Muslim immigration into the country  (the order is currently being challenged in court).

It goes beyond the IT world. Look at any industry and you will see the same pattern. The point is that the U.S. is a country of immigrants. People from all around the globe come to the U.S. to create great products and projects that modern economies run on.

This diversity helped Red Hat become the first fully open source company to generate more than $2 billion in revenue. Also responding to the immigration ban, Red Hat CEO Jim Whitehurst asserted in a blog post that the company is “strong because of the thousands of diverse voices that comprise our company. Our continued work to advance the technology industry depends greatly on our ability to attract the best and brightest talent from around the world.”

Ken Goetz, vice president of Global Training Services at Red Hat, expressed in an emailed interview that “The customers I talk to want to be able to find and develop the best, most qualified talent for their companies, and that can mean recruiting internationally and building skills among a global workforce.”

When Trump’s administration imposed an immigration ban on certain countries, it attacked that core of open source. No surprises many open source companies and organizations came forward criticizing that executive order.

The open source world is already struggling with the huge gap between supply and demand of skilled developers and engineers. Irrespective of their nationality, companies hire developers that fit the job skills set the best.

The immigration ban is making life harder for open source companies. “In the Bitcoin/blockchain space, there is not enough talent to keep up with demand. Companies need talent to grow and survive, and just limiting to domestic markets could cause companies to fail,” said CEO of Storj Labs, Shawn Wilkinson.

The Trump administration is not stopping at imposing an immigration ban on certain countries. If you have traveled to any of the countries that are on the banned list, you may face hurdles at airports. Not only that, the administration is also planning to demand contacts and social-media passwords from those who plan to visit the U.S. The Wall Street Journal reported, “Visitors to the U.S. could be forced to provide cell phone contacts and social-media passwords and answer questions about their ideology, according to Trump administration officials, measures that could intrude into the lives of millions of foreigners.”

Open source companies organize a plethora of events each year, attracting engineers, developers and executives from many different countries. These people carrying corporate devices won’t be comfortable giving away such information, which means that it will affect attendance at the events.

Companies will start to take their events outside of the U.S. “People will just plan those conferences outside the U.S. instead,” said Labs. “I know of several annual conferences that will never occur in the U.S. because of issues like this.”

U.S.-based companies will also start looking elsewhere to move their employees to protect them from the uncertainty around immigration laws. Janet Bannister, a general partner in Toronto and Montreal-based Real Ventures, told CNBC, “There are many very qualified, ambitious, hardworking people who will no longer be able to go to the U.S. Many of those people will come to Canada, as Canada embraces diversity. The Canadian business community will benefit as a result.”

However, there are also many who believe that the U.S. needs to solve the talent crisis on U.S. soil, instead of relying on bringing in talent from other countries. “Companies have a one out of three chance to see their H1B application refused, losing $5,000 in the process, but as they are craving for talent, they give it a shot,” Sylvain Kalache, co-founder of engineer training school Holberton told The New Stack.“I see immigration for companies as a quick breath for someone drowning. Ultimately we will need to be able to solve this at scale, on the U.S. soil.”

While the U.S. may have an education crisis on its hands, when it comes to information technology, this is not a reason to ignore smart developers who are not U.S. citizens and are working on improving the code of products like Docker, Kubernetes, Linux, OpenStack and other technologies.  At the same time, is it really fair to sell globally but hire locally? If you want people around the globe use your products, create a level playing field and ensure that the same people can also work for your company.