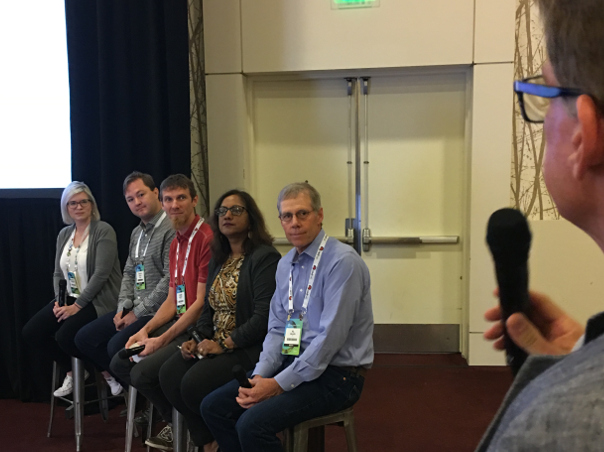 For this week’s edition of the New Stack Analysts podcast, the New Stack brought our pancakes to the City of Angels, aka Los Angeles, where the Linux Foundation held its Open Source Summit. We took a quick look back at some of the best technology-themed television shown and movies (“Westworld,” “2001: A Space Odyssey”), pondered future technologies, and discussed the ramifications of a changing hardware stack.

5:58: How Packet is focusing on developing edge networks and their intersection with open source software.
9:56: How could one 3D print software in the future?
17:56: What are we seeing for the future of serverless and function computing?
22:05: The philosophy behind emerging developer communities that will have to build software on different architectures.
27:35: Discussing the impact serverless is going to have in the industry in the next five years.
32:29: What those of us in the community can do to help build communities that will lead to talent being more available to organizations.

It's difficult to do asynchronous programming–a lot of devs don't know how. So #serverless platforms are a good thing @kernelcdub #OSSummit pic.twitter.com/Qlv94PpxUH

A company will know to go to open source when it sees its industry being commoditized, and can no longer keep up @nithyaruff #OSSummit pic.twitter.com/M6KRZpXLtP