OpenJS Keynote: JavaScript, the First 20 Years of the Web Stack 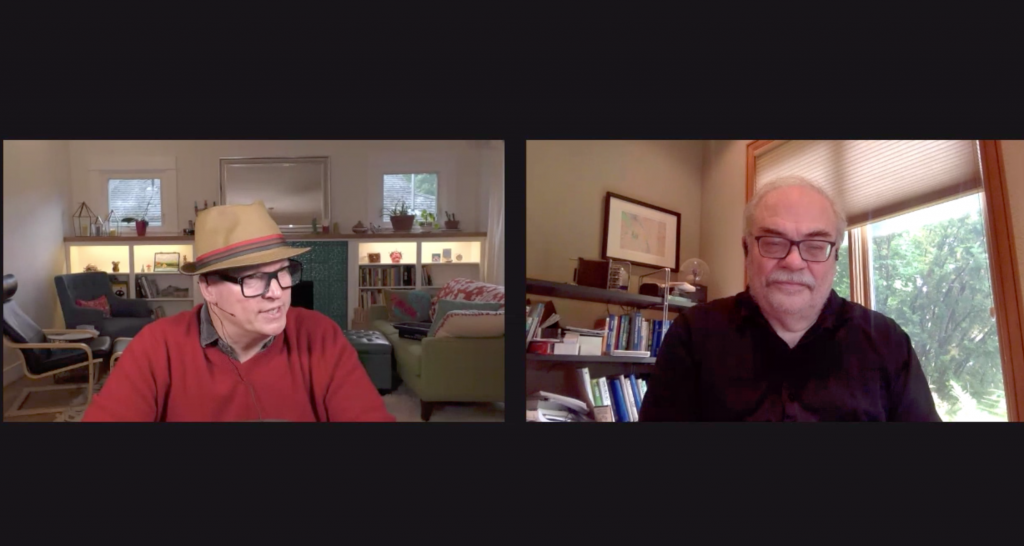 The first 20 years of JavaScript marked the dawn of the web stack, ushering in a new generation of Web developers who had to deal with a community of traditional technologists. They also faced the continuous looming threat of Microsoft, explained Allen Wirfs-Brock in a recorded keynote from OpenJS Foundation’s virtual conference in June.

Wirfs-Brock was also project editor of the ECMAScript specification from 2008-2015 and wrote the book-sized journal article for the Association for Computing Machinery (ACM) entitled “JavaScript: The First 20 Years” for the History of Programming Language conference (HOPL), with co-author Brendan Eich, JavaScript’s creator.

In this The New Stack Makers podcast, hosted by Alex Williams, founder and editor-in-chief of The New Stack, Wirfs-Brock, now of Wirfs-Brock Associates, offers his historical perspective, including JavaScript’s changes during the 25 years after Eich created the language.

“What really happened is what people thought was going to be a minor piece of browser technology — particularly over the last 10 years — has really taken over the world of programming languages,” said Wirfs-Brock. “And so it’s quite remarkable.”

OpenJS Keynote: JavaScript, the First 20 Years of the Web Stack

Wirfs-Brock breaks the history of JavaScript into four sections: The origins of naming the language, creating a standard, failed reformations and modernizing JavaScript.

For JavaScript’s origins, Wirfs-Brock borrows from Douglas Crockford stating JavaScript is the most misunderstood programming language, owing largely to the similarity between the names JavaScript and Java.

“Because it has Java in its name, people assume [JavaScript] has something to do with the Java programming language — while technically, it’s a very, very different language and is designed to do different sorts of things,” he said. “But people come into it expecting it to be like Java, and it isn’t.”

Eich created the first versions of the language over 20 years ago. During those past two decades, NetScape eventually lost its share in the web browser market to Microsoft, which had less interest in JavaScript’s capabilities. After the ES4 edition was largely abandoned, the ES5 edition was then completed in 1999.

“And so the standards committee was still there and was responsible for moving the language forward. But nobody on the committee had actually done any design work with the language before, of any significance,” Wirfs-Brock said. “They’d only sort of done maintenance up to that point. And now suddenly, they had the job of trying to move the language forward.”

The turmoil was triggered in part by differences of philosophies between the web technologists versus technologists who came from outside the core community.

“Essentially, the standards effort spent the next eight years sometimes in a start/stop basis, because there were actually two distinct efforts to create the successor to ECMAScript 3 that took place to try to essentially start with a clean slate and develop what essentially would be a replacement to the original JavaScript,” he said. “And at the same time, of course, the web is growing phenomenally — and to the degree that you can’t replace it.”

After Wirfs-Brock’s involvement with JavaScript began, he recognized “that when people try to drastically change the language to fix a perception, that usually doesn’t work out.” This is because “the language technology didn’t fit together, and the existing users wouldn’t adopt it.”

With the 6th edition of ECMAScript, for example, the idea was to not try to reinvent the wheel, he explained.

The developments Wirfs-Brock is following today and their future implications involves the challenges of taking into account “so many good ideas, and you can’t add them all.”

“When you’re dealing with a large group of contributors, it’s hard to sort those out because people don’t become involved with a language effort, design effort or standardization effort to not do stuff,” Wirfs-Brock said. “They come there to, ‘oh, this is my opportunity to add my favorite feature to the language.’ And if everybody does that, you get a mess.”