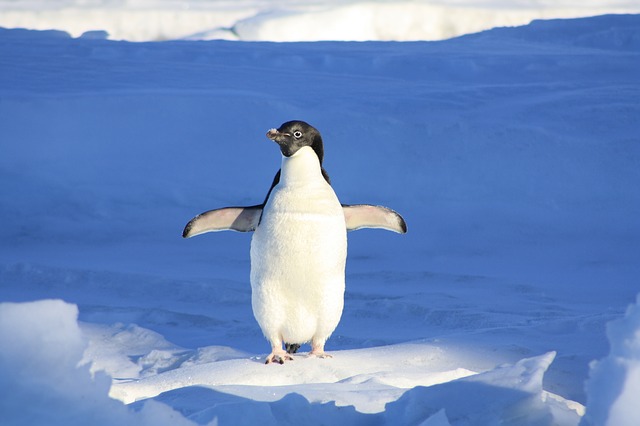 Feature image via Pixabay licensed under CC0.
TNS Annual Reader Survey
We need your input! Take 5 minutes to chime in and help guide our coverage.
Begin the survey
Editor’s Note: This is the third part of a multi-part series detailing Network Functions Virtualization, an emerging set of technologies to virtualize the network layer. The first part of the series, the introduction to NFV, can be found here and the second part is here.

In our previous article, we had focused on The Network Platform for Network Functions Virtualization (OPNFV), mainly covering the virtual infrastructure and the corresponding manager that support Network Functions Virtualization (NFV). In this article, we will focus on open source options that are available for building different virtual network functions.

A Virtualized Network Function (VNF) is a network function capable of running on an NFV Infrastructure (NFVI) and being orchestrated by a NFV Orchestrator (NFVO) and VNF Manager. VNF is expected to support well-defined interfaces to other network functions, the VNF Manager, its EMS, and the NFVI, in addition to the well-defined functional behavior.

The network devices that the commodity server and the software aim to replace can range from firewalls and VPN gateways to switches and routers. Researchers have argued that almost any network function can be virtualized.

The 3GPP is the standards developing organization that defines the Network Architecture and specifications for the network functions for mobile and converged networks. LTE evolved from an earlier 3GPP system known as the UniversalMobile Telecommunication System (UMTS), which in turn evolved from the Global System for Mobile Communications (GSM).

In the below table we begin with minimal EPC and add more and more features to the minimal EPC in the subsequent rows. The last column shows the 3GPP Architecture components for each of the functionalities:

A significant number of open source projects exists that implement various components of the EPC-architecture. The table below lists that software. However, understandably, there is no single software that implements complete EPC. To achieve that, one has to work with different pieces of software and develop the ‘glue’ that makes these pieces work together to realize the EPC functionality.

There two most important network functions are routing and switching. From the NFV perspective, the goal is to support standard protocols such as BGP & OSPF, by running them on the commodity hardware or as virtual machines. Below, we will look for some popular open source software for both switching and routing.

Linux Bridge:  A software-based switch that implement IEEE 802.1D standard, and which comes with Linux distributions as a kernel module. It includes support for FDB (Forwarding DB), STP (Spanning tree), promiscuous mode to receive all packets and filtering and shaping of the traffic — which makes it more powerful than a hardware bridge.

OpenVswitch (OVS): OVS is probably the most popular and widely used software-based switch. It supports OpenFlow, and can be used as a normal switch as well. It includes various features such asVLAN tagging, VXLAN, GRE, bonding, flow based forwarding, user space control plane etc.

Lagopus: Another OpenFlow 1.3 complaint software switch. Similar to OVS, it also works well with Intel DPDK. In their road-map, they plan to integrate with other control-plane programs such as Quagga and GoBGP, which I believe would be very useful in terms of opening up various use-cases.

Vale/Netmap:  Similar to Linux Bridge and OVS, Vale interconnects physical or virtual network interfaces. However, it boasts of high performance (High throughput with low CPU usage) and scalability compared to other software switches. The better performance is achieved through the netmap APIs, and in fact, Vale is provided as a part of the netmap distribution.

Quagga: Quagga as a collection of smaller daemons, each with a specific task. This task may be to run a routing protocol like OSPF or BGP. The Zebra daemon is responsible for interacting with the kernel, and provides a simple API (called Zserv) for the other daemons to consume, so they don’t need to make kernel calls directly. The other daemons run their respective protocols. You can configure Quagga so that all of these daemons pull their configuration from the same place, or by individually configuring each daemon.

BIRD: BIRD was developed as a school project at Faculty of Math and Physics, Charles University Prague. Currently, it is developed and supported by CZ.NIC Labs.  The BIRD project aims to develop a fully functional dynamic IP routing daemon primarily targeted on (but not limited to) Linux, FreeBSD and other UNIX-like systems and distributed under the GNU General Public License.  Both IPv4 and IPv6 (use –enable-ipv6 when configuring). It supports multiple routing tables BGP, RIP, OSPF, Static routes IPv6 Router Advertisements, etc.

VYoS: VyOS is a Linux-based network OS that provides software-based routing functionalities. It includes routing protocols such as OSPF, BGP along with firewall and VPN support. VyOS is a community fork of Vyatta, which was acquired by Brocade Communications.

When virtualized, virtual private network services such as L3 IP VPNs (each PE device acts like a set of virtual routers), L2 VPNs, EVPN, and pseudowires — would support both flexibility and scalability of those functions. This would be a major benefit for the providers, and many providers have considered virtualizing such PE functions by executing the same executed in their cloud.

Similar to PE Router, Broadband Remote Access Server (B-RAS) is a specialized server in the provider network which facilitates the convergence of multiple internet traffic sources such as DSL, cable, broadband wireless, and Ethernet, onto a single network which normally involves routing of the traffic to and from the DSLAMs. It can be a simple router forwarding packet from core to the customer (vice-versa) or a complex router that implement (per-subscriber) IP policy, QoS, packet manipulation, limiters, etc.  Virtualization of BRAS functions has also proved to be beneficial — both in terms of cost and the flexibility/scalability — for the service providers.

The majority of the open source software mentioned under the Routing, such as Quagga, VyOS and BIRD, can be used to realize many PE functions. The software such as IPtables (netfilter) and Radius-server (freeRADIUS) that comes part of a standard Linux distribution can be used for virtual firewall and virtual AAA, respectively. The snort software has been used for virtual intrusion detection system in some NFV deployments.

In addition, other software such as mpls-Linux and the xl2tp-daemon could be used to virtualize PE functions. Recently, AT&T and Ericsson jointly presented SDN-based L3VPN via OpenDaylight Controller.

Customer premise equipment or CPE are those that typically reside in any enterprise or residential broadband subscriber’s premises and are used to connect to the service provider’s network. Typically, service providers provide, configure, and manage CPEs, which can be from different hardware vendors, of enterprise customers and residential subscribers.

Without virtualization of CPEs, the service provider may incur significant expenses whenever adopting any new technologies, adding new services, or upgrading security, privacy and metering functionalities.

With virtual CPEs, a majority of the CPE functions are pulled out the customer premises and moved into the operator’s network (possibly in his data center facility). This result in a ‘simplified’ CPE, where CPE acts as a simple Layer-2 forwarding device connected to the service provider network. Typically, services such as DHCP, Firewall, NAT, Routing, VPN, etc. are delivered by Virtual Network Functions (VNFs) running at the Provider’s data center as a Virtual Machine (VM) instance.

Network services such as DHCP, Firewall, NAT, DNS (vDHCP, vFW, vNAT, vDNS,), are available in open source implementation, and also distributed as part of many standard Linux distributions. For example, DNS and DHCP can be deployed by dnsMasq. Whereas IPtables are used for realizing NATs and Firewalls, there has been no separate open source project targeted towards NFV and dedicated to building virtual CPEs, such as for customer routers, virtual set-top-boxes, and virtual home-routers.

Access network functions that reside in hybrid fibre-DSL ‘remote’ nodes, such as FTTcab and FTTdp, typically located in streets or buildings, are gradually becoming hot candidates for virtualization.  In order to be economically viable, these nodes should be compact, have very low power consumption and have very low maintenance cost. Simplification of such remote nodes by virtualizing some of the functions — OLT, DSLAM, ONU, ONT, MDU, and DPU for starters — can help in achieving the economic viability, by moving complex processing to the virtualized environments. The target network functions for the virtualization are. Unfortunately, no open source software exists for any of these virtual functions. Major telcos, such as AT&T, are working towards virtualizing these functions, and hopefully, they may open source the same in near future, so keep your fingers crossed!

Sridhar received his Ph.D degree in computer science from National University of Singapore, in 2007; M.Tech. degree in computer science from KREC, Suratkal, India, in 2000; and B.E. degree in instrumentation and electronics from SIT, Tumkur, Bangalore University, India, in...
Read more from Sridhar Rao
SHARE THIS STORY
RELATED STORIES
Gitpod Battles 'It Works on My Machine' Syndrome with its CDE Devs Are Excited by ActivityPub, Open Protocol for Mastodon Build Your Own Decentralized Twitter, Part 2: Mitigations eBay: Betting on Open Source Is Great for Your Business How Web Tech Got This Way and How It May Evolve in the Future
SHARE THIS STORY
RELATED STORIES
Grafana Shows New Observability Projects at ObservabilityCON Improve your TypeScript Skills with Type Challenges Devs Are Excited by ActivityPub, Open Protocol for Mastodon Lighting a Bonfire Under Social Media: Devs and ActivityPub Chronosphere Nudges Observability Standards Toward Maturity
THE NEW STACK UPDATE A newsletter digest of the week’s most important stories & analyses.
The New stack does not sell your information or share it with unaffiliated third parties. By continuing, you agree to our Terms of Use and Privacy Policy.