A Code Contribution Analysis Of OpenStack And The Trends It Uncovers

Editor’s note: The New Stack Founder Alex Williams will be at a Fireside Chat hosted by Pivotal with Greylock Ventures on May 29. Registration is now open. He plans to discuss the OpenStack report as part of the discussion that will cover a variety of topics related to open source and the enterprise. Interested in the report and the data behind it? Please contact us for consultation.

With more than 100 companies contributing to OpenStack code, it is interesting to see the trends in the way they contribute. Metrics around commits have been tracked for a while now and Stackalytics has great visualizations around them. We set to find trends in code contributions over multiple releases across multiple projects.

We presented our findings during our The New Stack Analysts show on Tuesday. Here are some of the trends we observed. While some are as expected, there were some interesting outliers.

Over all top contributors have been Red Hat, HP, IBM, Rackspace and Mirantis for the past two releases. They are also viewed to be top contributors by developers, with the exception of IBM. Almost all non-IBM (and even an IBM) developers ranked Rackspace or Mirantis among Top 3, but not IBM. May be it has got to do with the low profile they maintain when compared to others. Looking at their overall contributions, we also get a vibe that they are very close to announcing their own OpenStack distro.

It is also very interesting to observe Mirantis moving into top 5 from 28 during the Folsom release in less than two years.

OpenStack community is a developer driven one.  Only code speaks internally. It is clear that if one needs to be taken seriously, one needs to code. This is well understood by the participating companies, as reflected in their contribution trends.

Soon after Red Hat joined the OpenStack community, they have been steadily increasing its participation. They had been #1 contributor for the past 4 releases, continuing the trend for the next release too. This pattern is also demonstrated by Mirantis (#5) and eNovance (#8). Mirantis, the darling of SIs, has always been viewed as OpenStack experts. With their ramped up code contributions, they are allround experts now (also we wonder why the big players haven’t just acquired them yet:)).

Each projects has niche players who are dominant in that project, but might be virtually unknown in other projects. Startups exhibit this trend, such as SwiftStack for Swift, Big Switch Networks for Neutron, SolidFire for Cinder.

We tracked the total number of commits and calculated the percentage contribution from each company overall and also in these individual projects. The % gap between #1 and #2 contributors is decreasing overall (with the exception of Neutron and Keystone projects). For example, in Nova, it was 8% for the Havana release, whereas only 6% for the Icehouse release. In Heat, this is pattern is more prominent with the gap decreasing from 49% to 24% during the same period.

Two outliers that have rapidly shot up high in their overall contribution ranking are Huawei (from #69 for Grizzly to #18 in Havana to #12 in Icehouse), Samsung (from #102 in Havana to #13 in Icehouse). For Huawei, it is largely attributed to their rapid growth in APAC. For Samsung, it is possibly related to ARM related porting work on Nova. Almost all developers didn’t see this until we showed them the data, but were able to correlate once data was presented.

Another unique trend we observed was with Intel, with them never in Top 3 and never below Top 15. They have maintained consistent contributions to features strategically important to them (such as smarter scheduling in Nova, reducing storage footprint in Swift etc). While they tend to trend upwards overall, they go up and down between releases.

Almost each project has unique players trending high, mostly reflective of their product strategy or offerings. For example, in Neutron, Big Switch Networks have risen from #14 in Grizzly to #6 for Icehouse. In Keystone, Metacloud has shot up from non-contributor to #4 during the same period.

We also have contributors trending low. When we analyzed their patterns, we found out the trend in decreasing contributions are threefold:

Some companies exhibit this trend of consistent contribution, but others have ramped higher significantly. DreamHost is a very good example for this trend. While their code contribution has been always between 2 – 3% overall, but their ranking has trended down considerably (from #5 in Folsom to #15 in IceHouse)

Typically small companies exhibit this pattern. When they achieve the goal of what they wanted to do, or if there is a change in their product strategy, their contribution trend reversely drastically.  For example, Nexenta stopped contributing to Swift after Havana release once the code related to their offering is complete. InkTank exhibited the same in Cinder after Havana. More interestingly, Nebula, who had been top contributor for Horizon in Folsom and Grizzly, tapered down after Havana once they decided to use their in-house dashboard for their product.

Some companies have really decreased their code contributions, justified by reasons that we are yet to find. For example, Canonical is contributing lesser and lesser overall, from 1.8% overall in Folsom to 0.5% overall in Icehouse. Rackspace has been trending down in the projects we are tracking, but also have increased in other newer projects, manuals and infrastructure related projects. SUSE has been trending low in Heat, and Yahoo in Glance.

About the Author: Sriram is founder and cloud specialist at Cloud Don LLC, a cloud consulting firm. He is an OpenStack enthusiast, an individual member of the OpenStack Foundation, passionate about OpenStack’s success overall, and in India particularly. Prior to Cloud Don, he was a lead developer at ComputeNext, building a Federated Cloud Marketplace, where he gained expertise in multiple cloud platforms, including OpenStack. Prior to ComputeNext, he was with various companies like Microsoft, Intel, Hitachi, working on a wide spectrum of technologies like cloud computing, virtualization, compilers, and low power design. He is passionate about cloud computing, green/clean technology, and holistic living. 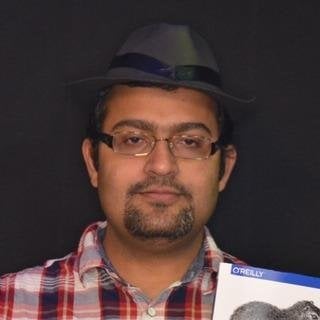 Sriram is Founder and Cloud Specialist at Cloud Don LLC, a cloud consulting firm. He is an OpenStack enthusiast, an individual member of the OpenStack Foundation, passionate about OpenStack’s success overall, and in India particularly. Prior to Cloud Don, he...
Read more from Sriram Subramanian
SHARE THIS STORY
RELATED STORIES
Choosing the Right Container Native Storage for AWS Public Cloud 4 Cloud Security Considerations for Financial Services Firms Kinsing Malware Targets Kubernetes What LaunchDarkly Learned from 'Eating Its Own Dog Food' What TNS Readers Want in 2023: More DevOps, API Coverage
TNS owner Insight Partners is an investor in: The New Stack, Mirantis.
SHARE THIS STORY
RELATED STORIES
5 Best Practices for DevSecOps Teams to Ensure Compliance 4 Cloud Security Considerations for Financial Services Firms Kinsing Malware Targets Kubernetes Kubernetes App Deployment from the Command Line What Trouble Awaits Cloud Native Security in 2023?
THE NEW STACK UPDATE A newsletter digest of the week’s most important stories & analyses.
The New stack does not sell your information or share it with unaffiliated third parties. By continuing, you agree to our Terms of Use and Privacy Policy.