The OpenStack Foundation is extending beyond its core mission of providing support for the OpenStack private cloud software, with the aim of fostering the growth of open infrastructure software, a scope that would include not only OpenStack itself but integrations with, and perhaps even the creation of, other open source infrastructure projects.
Nov 13th, 2018 5:27am by Joab Jackson 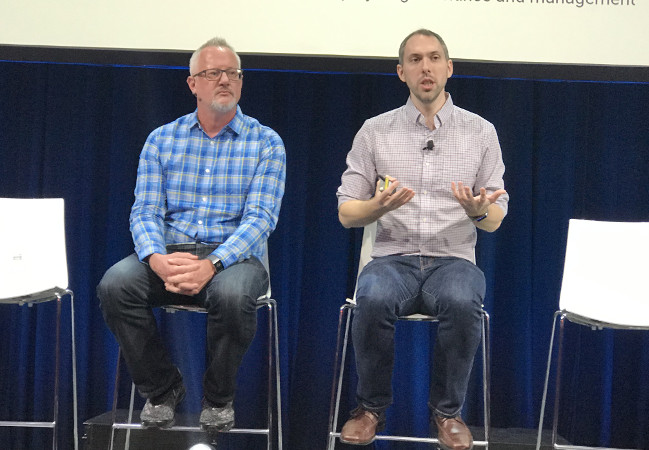 The OpenStack Foundation is extending beyond its core mission of providing support for the OpenStack private cloud software, with the aim of fostering the growth of open infrastructure software, a scope that would include not only OpenStack itself but integrations with, and perhaps even the creation of, other open source infrastructure projects. 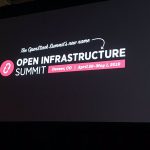 There are no plans, at present anyway, to change the name of the foundation itself, Bryce clarified in a follow-up press conference at the event. But the organization itself is definitely taking on a larger mission.

“This is something we’ve been talking about for the past couple of years,” Bryce said of the expansion of scope. In large part, it stems from the realization that building out an OpenStack cloud often involves with integration with other infrastructure software.

“That is where a lot of challenges for getting to production come in: How do you take open source from many communities and make it production ready and operate it.”

The organization has identified five OpenStack-centered technology areas/marketplaces it wishes to focus on: the data center, the hybrid cloud, continuous integration and delivery, container infrastructure for packaging applications, edge computing, and, most recently, artificial intelligence/machine learning.

“These are areas where we want to drive collaboration, improve integration and testing, and, in some cases, build new technology, either in OpenStack or as a separate project,” Bryce said. The foundation’s bylaws are being updated to accommodate additional projects and it is working with its community to establish strategic project governance.

This expansion comes at a time of abundance in new open source-centered foundations. Earlier this week, The Linux Foundation launched a separate organization to manage the open source Ceph distributed file system, the 32nd foundation that organization has created this year alone. And the Kubernetes-anchored Cloud Native Computing Foundation continues to accrue projects under its umbrella as well.

Nonetheless, the OpenStack Foundation does not intend to compete directly with any of these organizations.”It’s not a zero-sum game in open source. That’s the beauty of it. It’s people working together to build technology,” Bryce said.

Open infrastructure is an extension of #opensource. Infra is increasingly software-defined, and sets the stage for a new generation of apps— @jbryce #OpenStackSummit pic.twitter.com/Z9vyxhcOGR

In conjunction with the conference, the Foundation released its annual OpenStack User Survey.  The survey had found that currently, OpenStack runs more than 10 million computing cores across 60 countries. In particular, there seems to be growing adoption of the software to run services offering bare-metal servers to users, often in conjunction with Kubernetes. For instance, use of Ironic, an OpenStack bare metal provisioning tool, has gone up in use within the OpenStack community from 9 percent in 2016 to 24 percent of users in 2018.

On the development side, OpenStack has had 70,000 commits from developers worldwide in the past year, averaging about 182 changes per day during the development of its newest version, Rocky. Across all open source software, only the Linux kernel and Google Chromium get as many contributions, according to Mark Collier, OpenStack co-founder and chief operations officer.

The OpenStack Foundation paid for the reporter’s travel and lodging for this event.

Joab Jackson is Editor-in-Chief for The New Stack, assuring that the TNS website gets a fresh batch of cloud native news, tutorials and perspectives each day. He has logged over 25 years in infrastructure IT journalism, including stints at IDG,...
Read more from Joab Jackson
SHARE THIS STORY
RELATED STORIES
5 Best Practices for DevSecOps Teams to Ensure Compliance The Top 4 Threats to Securing Your Cloud Infrastructure Platform Engineering Won’t Kill the DevOps Star Kubernetes for Windows Kinsing Malware Targets Kubernetes
TNS owner Insight Partners is an investor in: The New Stack.
SHARE THIS STORY
RELATED STORIES
Data, Analytics and AI: What Will Happen in 2023 Choosing the Right Container Native Storage for AWS Public Cloud What Trouble Awaits Cloud Native Security in 2023? MicroK8s and Portainer Is The Easiest Way to Deploy an Application on Kubernetes What TNS Readers Want in 2023: More DevOps, API Coverage
THE NEW STACK UPDATE A newsletter digest of the week’s most important stories & analyses.
The New stack does not sell your information or share it with unaffiliated third parties. By continuing, you agree to our Terms of Use and Privacy Policy.