2016-04-26 13:02:58
OpenStack Summit is all about Giving Cloud Computing Back to the People
Cloud Native Ecosystem 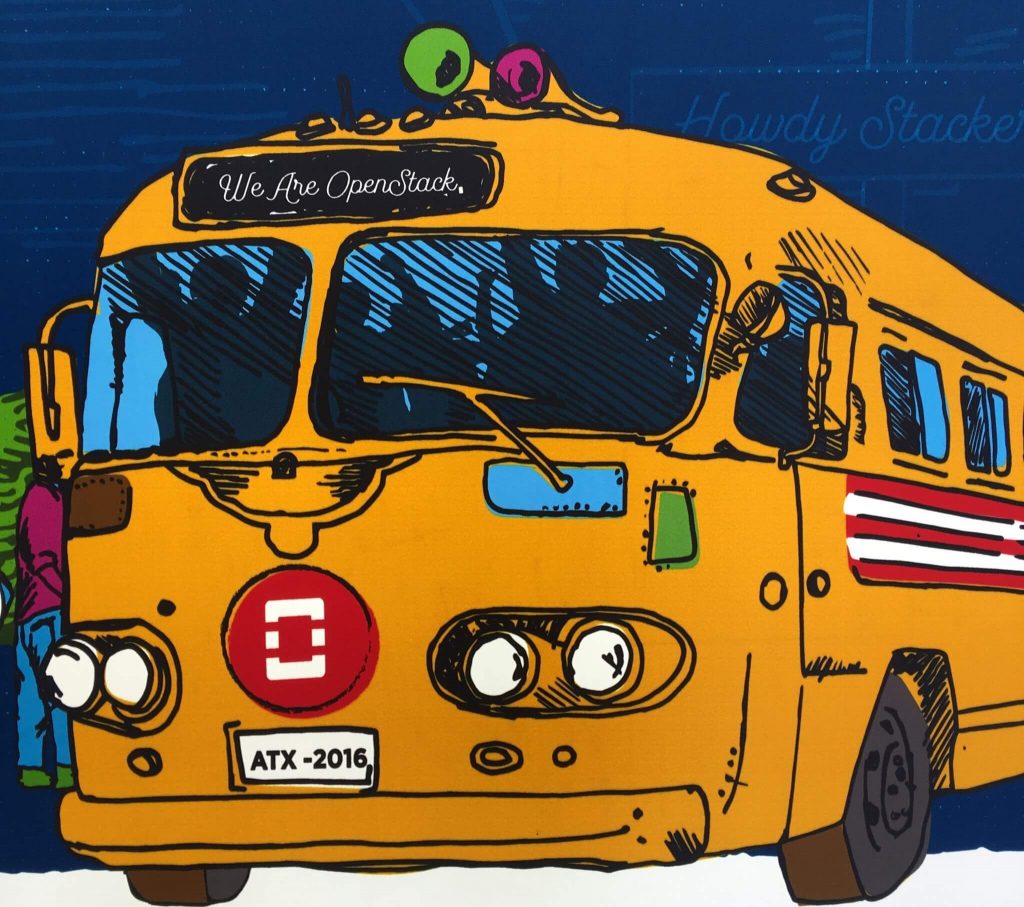 Until now there have been two extremes for companies adopting cloud services: Create a private cloud, which means doing everything yourself. Or you can be using a public cloud, which means closing down data centers and giving up on all your people and the work they’ve done.

While many people say the public cloud technology is awesome, one skeptic is Boris Renski, co-founder and chief marketing officer at Mirantis, which offers an OpenStack distribution for running private clouds. Renski expressed his views during the kickoff keynotes at the OpenStack Summit, taking place this week in Austin Texas. 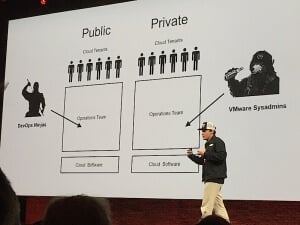 Boris Renski, CEO at Mirantis, describing the differences between public and private cloud structures at the OpenStack Summit Keynote

The value of the public cloud for end-users, he argued, has been more about doing an end-run around administrators and policies of an organization, and less to do about the technology itself.

With the maturing of the cloud infrastructures, new operational models beginning to appear, he noted. One is managed private cloud services. Others include different startups creating applications that can manage public clouds.

The theme of disruption ran through all the keynote talks Monday, but it was Renski who brought the idea clearly into focus, kicking off his talk in a disruptive way himself. He was preceded on stage by an ad asking “’Does Mirantis know how to build OpenStack Clouds?’ and answered with a Russian version of the joke ‘Does a bear shit in the woods?’ by answering, ‘Does a Russian know how to drink vodka?’” A video clip followed, showing a solitary man drinking vodka being interrupted by a bear (actually a person in a bear suit) with a huge vodka bottle which the man and bear then share. Tagline “Mirantis: we know how to build OpenStack Clouds.”

Renski launched into a discussion of why private clouds have failed in the past and aimed more than a few barbs at the Gartner IT research firm. 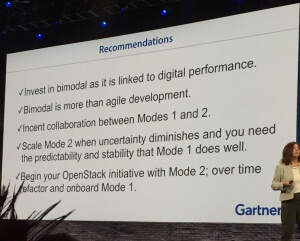 Renski doesn’t appear to like Gartner much, at least after they issued a study three years ago saying that OpenStack was not ready and that, colloquially speaking, “OpenStack was crap.”

According to Mirantis’ latest CEO survey, CEOs expect 41 percent of revenue to be coming from digital business revenue in the future – over twice what it is today. With that comes the recommendation of using cloud computing to lead the changes.

Renski broke a Gartner pie chart that described the failure of private cloud implementations into a few key areas, starting with the fact that 31 percent of failure of all private clouds comes from a failure to change the operational model. 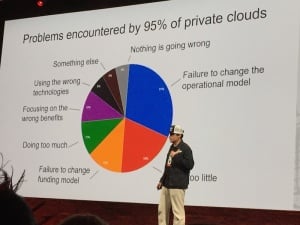 Renski and the Gartner pie chart explaining why private clouds have failed in the past.

Only 6 percent of failure is due to technology. The other 94 percent according to Renski, can be lumped together into a category he called people and process. “OpenStack is one part technology and nine parts people and process,” he said. “It doesn’t matter how sophisticated your software, it can never make up for the competence and expertise of the team in your organization.”

A story told by the keynote emcee, Jonathan Bryce, OpenStack Foundation executive director, underscored this point. One organization found it took it took 44 days to launch new apps. So it installed an OpenStack cloud and the time went down to … 42 days. An evaluation of the process of deployment and approval showed that manual signoff was required at several steps along the way, creating bottlenecks. After the process had been streamlined to accommodate the new technology, the time to deployment dropped to 2 hours.

Renski believes that, as the cloud market continues to grow, it will increasingly be more evenly balanced to meet the needs of the entire organization, mainly through the use of new business models. His views were echoed by others at the event. Ronen Kofman, the vice president of product management for Stratoscale, will be at the conference demonstrating Symphony, which is exactly this kind of new service between the extremes.

Renski closed his talk with “a little bit of public cloud bashing.” He warned that he knew that public clouds are very popular right now, but if anyone starting throwing tomatoes, he would sic the bear on them — to huge laughter.

He said he is a huge fan of AWS because it started this new disruption in IT and “showed the world how to build applications against the data center instead of a computer. If it weren’t for AWS, none of us would be sitting here. OpenStack would not exist.”

But, you have to look at the bigger market, he argued. Again using Gartner statistics, he showed that AWS is “kicking butt” at a $10 billion in run rate. But the data center infrastructure virtualization market is $130 billion, and all of the other aspects of the IT market that is being influenced by this disruption, including application, delivery building, and other peripherals, is $3.5 trillion.

“We are just at the beginning of a disruption, and thinking about the cloud just regarding public and private is very simplistic; there are many different modules that we are just seeing slivers of today that will be fueled and created by this disruption. And all of these operational modules will likely lend themselves to take advantage of a fabric like OpenStack,” Renski said.

The future is looking bright for the OpenStack community. Bryce noted that six years ago the first OpenStack Summit was held in Austin, and attended by 75 people.  This year’s event welcomed 7,500 participants from 62 countries. And the newest OpenStack release, Mitaka, was worked on by 2300 developers from 345 countries.