OpenStack Summit Silicon Valley: Kubernetes and the Future of OpenStack 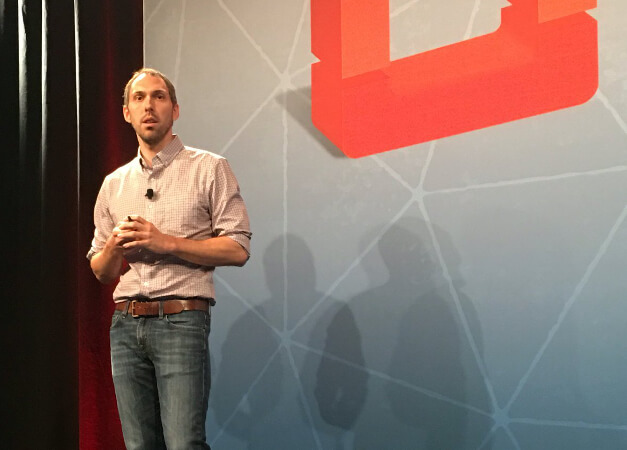 The future of OpenStack will be in supporting entire types of applications that we may not even recognize today, noted Jonathan Bryce, executive director at OpenStack Foundation.

“Everything we do as humans in the next century will depend more and more on increasing capacity for computing and data processing. Every advance we are going to make will depend on computer power,” Bryce said, speaking at the Open Stack Silicon Valley 2016 conference, being held this week in Mountain View, California.

OpenStack is really well-positioned for this progress, he noted, given that organizations must change the way they think about provisioning computing power to take massive scaling into consideration. “We are at a point where we have an incredible opportunity to play a big role in giving the world the computing capacity it will need,” he said.

Furthermore, it is important that the computing power we will need won’t be locked up within the hands of a small number of providers, Bryce added. One interesting stat Bryce shared from the latest OpenStack Survey of 1,100 users was that 98 percent picked OpenStack because of the standardized API platform, allowing them not to be locked into any one provider.

The survey also found 65 percent of the 1,100 organizations surveyed used OpenStack in production.

A lot of the vendors are approaching computing in a “winner-take-all” fashion, where the victor gets the market, he noted. But this traditional approach for IT will not work for such as large undertaking. The mindset should move from “vs.” to “and” in which every company benefits, Bryce said. Those companies that play a zero sum game are not thinking of their users, Bryce said.

Instead, progress will be made by collaboration. There are a number of emerging use cases for OpenStack, including the Internet of Things, machine learning, artificial intelligence, deep analytics, Bryce noted. “It is really critical that we think about how to continue to support new and different workloads. we can’t circle the wagons and say this is what we are going to do and we will only do this,” he said.

Looking back, Bryce described how AT&T is using OpenStack to radically changing the way it runs its network.

“That is a new use case that was not on our Radar at all on when we started OpenStack six years ago,” Bryce said. “You can’t take the same approach that you started out with to meet these new uses cases. You can follow the same patterns but you have to support these new use cases.”

One area of collaboration that seems to be generating a lot of buzz at the event is the work going on between OpenStack and Kubernetes.

“There’s a lot of alignment between these two technologies,” said Craig McLuckie, Google product manager and a co-founder of Kubernetes, in a panel discussion.

At first, the idea might seem unusual. If you have cloud-native deployment tool like Kubernetes why do you need infrastructure management software like OpenStack? Or vice versa?

But the pairing actually makes sense.

“There were a lot of problems that existed in both ecosystems,” McLuckie said. For one, it remains difficult to operationalize OpenStack, especially given all the services that it can run. Kubernetes could simplify this process quite a bit.

“OpenStack can be thought of as a really complex system that is just a set of services. So it was natural to wonder how to bring more natural cloud-native management to that ecosystem,” McLuckie said.  Kubernetes can also bring more efficient scheduling to OpenStack, McLuckie elaborated.

But OpenStack could bring more to Kubernetes as well, he noted. OpenStack could provide extensions back to more traditional services, such as block and object storage. “OpenStack has a very robust set of services that naturally complement these technologies. There’s not a lot of work in dealing with the physical infrastructure,” he said.

One company using Kubernetes to manage large OpenStack deployments is SAP. Later in the day, SAP IT director Markus Riedinger walked through the enterprise software giant’s ambitious to manage a global cloud infrastructure, based on OpenStack. The company is building out a massive cloud to serve customers with cloud services, as well as offer internal services.

Kubernetes is the secret sauce to keep this SAP cloud running, Riedinger said. “We can’t take a data center offline to upgrade OpenStack,” Riedinger said. The company has a set of “premanufactured” Kubernetes pods that can be used to extend capacity on commodity hardware, creating a system that can be extended automatically, upgraded with no downtime, and to automatically redeploy a service should it fail.

The system setup was designed so that there is a clean separation of the control plane and the data plane. In a demo, Riedinger deleted an OpenStack Nova pod, which was almost immediately reestablished, all without interrupting a user’s access to data.

The SAP network administrators also like this approach because it does not require a software defined network nor any proprietary drivers. All networking is done through VLAN devices, supported by all the networking gear vendors.

The company has posted the code it uses to wire up these clouds. While not ready for production, the code, Riedinger hopes, will be perused by others, sparking a discussion of how Kubernetes could be used to automate the deployment of large OpenStack clouds.

Joab Jackson is Editor-in-Chief for The New Stack, assuring that the TNS website gets a fresh batch of cloud native news, tutorials and perspectives each day. He has logged over 25 years in infrastructure IT journalism, including stints at IDG,...
Read more from Joab Jackson
SHARE THIS STORY
RELATED STORIES
Install Dozzle, a Simple Log File Viewer for Docker How Intuit’s Platform Engineering Team Chose an App Definition Comparing Infrastructure-as-Code and GitOps for Platform Teams Meet SIG Cluster Lifecycle and Cluster API Maintainers at KubeCon .NET 7 Simplifies Route from Code to Cloud for Developers
SHARE THIS STORY
RELATED STORIES
OpenTelemetry Properly Explained and Demoed Does Your Database Really Need to Move to the Cloud? Defining the Modern Bare Metal Cloud CALMS Is DevOps for Cloud Engineering How Intuit’s Platform Engineering Team Chose an App Definition
THE NEW STACK UPDATE A newsletter digest of the week’s most important stories & analyses.
The New stack does not sell your information or share it with unaffiliated third parties. By continuing, you agree to our Terms of Use and Privacy Policy.