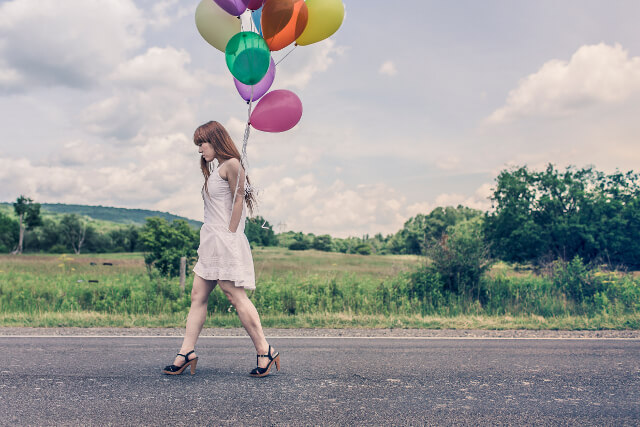 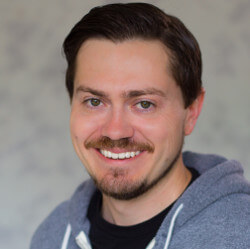 Jesse Proudman
Technology entrepreneur and IBM Distinguished Engineer, Jesse Proudman launched his first company at the age of 13 and has been pursuing his passion for Internet infrastructure ever since. With over 15 years of experience in building and leading IT businesses, he founded Blue Box Group, a Seattle-based cloud hosting company that was acquired by IBM in June of 2015.

Last month, the OpenStack cloud hosting platform turned six years old. The open source cloud software project that started with contributions from Rackspace and NASA has grown up fast, with nearly 55,000 users, vendors and developers in 182 countries participating in and cultivating the project.

Six is a big year. In the United States, children who turn six mark a rite of passage — they enter first grade and are (in some cases) mature enough to walk themselves to class on the first day of school without mom and dad to hold their hands. Parents watch as “their babies” take new steps into a big world, and they wonder what accomplishments their young superstars might achieve.

OpenStack is used by 50 percent of the US Fortune 100

In some ways, OpenStack at six is like those first-graders: old enough to stand on its own, OpenStack observes standard norms of behavior and is learning how “play nice” with others. In other ways, OpenStack is exceptionally well developed for its age: capable of integrating complex ideas, it’s already delivering value in the real world.

So just on the tail of its sixth birthday — and a week or two before the school year kicks off — here are six reasons to celebrate how far OpenStack has come.

The “Big Tent” model of governance — introduced in 2015 to replace the unwieldy “integrated release” model — is working. Although not without its challenges, the Big Tent model has calmed the froth of unproductive bickering and pet projects by focusing resources on six core projects that most every OpenStack cloud must rely on: Nova Compute, Swift Object Storage, Cinder Block Storage, Neutron Networking, Keystone Identity Service and Glance Image Service. Opening up the OpenStack umbrella to support a wide array of other projects, but arranging governance around the core has made a project roadmap and predictable quality improvements possible.

Team collaboration, idea inclusiveness and steady progress are key in any software project, whether proprietary or open source. Big Tent has improved all three, while improving civility throughout a project that’s continuing to grow, covering a diversity of cultures, languages and ideas.

“Where are the use cases?” That use to be the skeptics’ question at every OpenStack Summit. But at the last Summit in Austin, use cases of all shapes and sizes were on display, spanning industries from financial services and manufacturing to media, government/university research, retail and telecom. The OpenStack Foundation reported that OpenStack is used by 50 percent of the US Fortune 100, and hundreds of the world’s largest brands. Adoption is not limited to the big guys; organizations of all sizes use OpenStack. In fact, 43 percent of respondents to the last OpenStack user survey reported working in organizations of fewer than 1,000 people.

“OpenStack is too complicated” is a common criticism. In fact, many speculated that complexity would make widespread enterprise adoption impossible. But a funny thing happened on the way to OpenStack’s demise: innovative and industrious vendors have developed offerings to fill in the gaps, and many consumption models have risen to the surface. With a variety of project “plug-ins” and countless vendor offerings available as complements or alternatives, the prevailing OpenStack consumption model may very well be CYOOS (i.e., create your own OpenStack).

Of course, distributions are still popular, likely aided by a stabilizing of their number and a maturing of their release cycles. “As-a-Service” offerings continue to evolve and take that share of the market that simply wants to consume OpenStack, but not configure, deploy or operate it. IBM Blue Box OpenStack-powered private clouds fit in this segment of the market. Part of the maturity — and, arguably, part of the strength — of OpenStack is the diversity of ways in which it can be consumed.

The variety and success of all of these consumption methodologies is one of the primary drivers for OpenStack’s success.

OpenStack is now among the world’s largest open source cloud project. It is backed by a vibrant community of developers and some of the biggest names in the industry. To date, more than 20 million lines of code have been contributed by nearly 55,000 people and more than 600 supporting companies in 182 countries.

Think about what this means: It means the OpenStack project has successfully created an environment for developers to collaborate on a global basis to build, refine and innovate on a highly complex software project, led by those who build it. OpenStack is a project of unprecedented scope and value, and we’re only getting started.

Not even a year ago, some speculated that containers would be the death of OpenStack. Instead, OpenStack has become an integration engine that bridges the union of containers, bare metal and virtual machines. OpenStack brings these resources together  in one platform and supports a variety of networking and scaling approaches and storage options.

Another example of integrating diverse technologies is the rise of Network Functions Virtualization, or NFV. Telecoms and other operators of large networks have embraced OpenStack with other technologies, such as The Open Platform for NFV (OPNFV), to build virtualized network environments that dramatically improve the flexibility and cost performance of these networks. NFV is a technology that was largely conceptual before members of the OpenStack community made it real.

In its early days, some prophesied  OpenStack as an open source answer to Amazon Web Services. That’s not how the market played out, and OpenStack instead became a platform used predominantly for private and hybrid cloud deployments.

That’s changing. In the past year, a growing segment of public clouds powered by OpenStack has emerged, especially in European and Asia Pacific countries where data privacy regulations and customer expectations make local ownership of the full stack necessary. It’s still a niche for sure, but the emergence of public clouds based on OpenStack is a proof point that the technology is fully mature for rigorous, demanding public environments.

Six is young, but OpenStack is growing up fast. The project’s maturity and relative lack of controversy are reasons to celebrate: OpenStack has become, relatively speaking, a productive, focused and goal-directed global community delivering software that’s powering clouds large and small. So, you can keep your birthday cakes and pony rides: the OpenStack community is much too grown up for that.