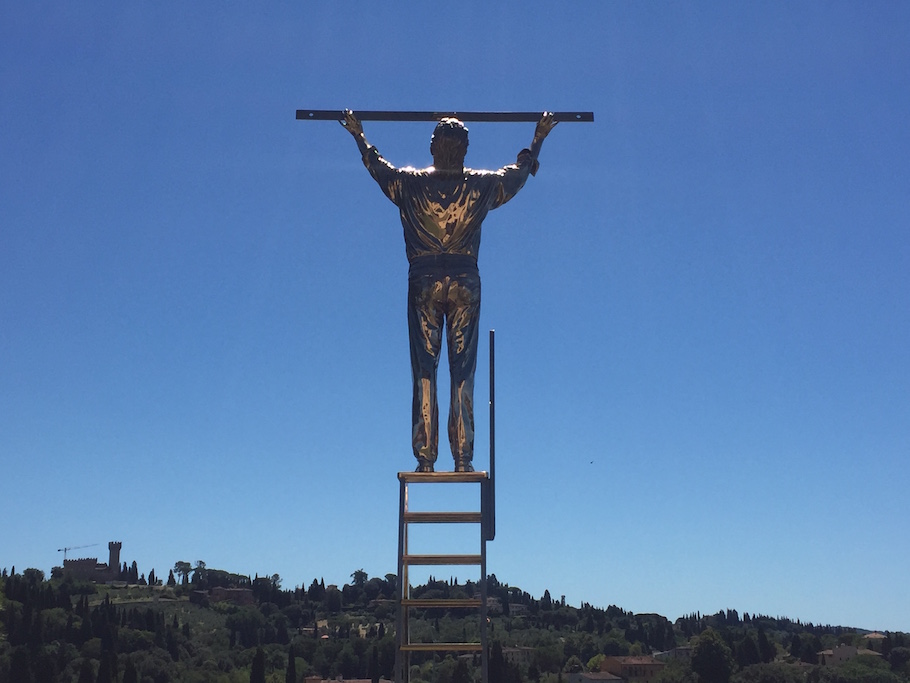 At OpenStack Summit in Sydney, OpenStack launched the Global Passport program, a way for enterprises to test OpenStack in the public cloud by using one of the available freemium-type packages available in the OpenStack’s new passport marketplace.

The idea of the approach is to allow enterprises and institutions to trial public cloud providers who offer OpenStack services. “The Public Cloud Working group has put a lot of effort into this,” announced Mark Collier, Chief Operating Officer at OpenStack Foundation.

But the work could extend beyond the ability to test clouds one at a time. “They are also looking at future capabilities to make it easier to move between OpenStack public clouds,” Collier said.

“Basically, Federation pivots around the idea that the provider ‘owns’ the customer” — Mariano Cunietti, EnterCloudSuite

“I think the Passport is a big, first step towards the ultimate vision of a globally distributed network of open providers,” says Mariano Cunietti, chief technology officer of EnterCloudSuite, an OpenStack-based cloud provider offering a full range of network and cloud services. In the near future, he imagines a new federated public cloud foundation that could come out of OpenStack’s partners and offer multiple gateways to all public cloud providers offering OpenStack services.

“What if OpenStack providers could federate and be able to create users, tenants and resources — within defined boundaries — onto some trusted partner’s infrastructure? What if small providers could leverage the scalability, elasticity and reliability of a multi-region, multi-availability zone global hyperscale provider?” asked Cunietti.

Cunietti gives the example of a customer that needs to run different types of workloads. Some of those tasks might require low latency in order to provide quick responses to users’ requests. Those workloads should necessarily stick closer to the user on the network, and would then be hosted by the local provider. But the customer, being a media company, also requests 1,000 cores every night to run batch encoding of video files. The provider is too small to accommodate this overload, and the request would be turned down, in favor of a large hyperscale provider.

If there was a federation in place, the provider could activate a resource pool on a federated supplier (that is, another cloud public provider), to consume the resource. The supplier is happy because those resources were idle, consuming power without generating revenues.

Now Cunietti adds that the customer also requires a presence in the U.S., Far East and South America, where the European provider does not operate. If the customer formally agrees, the provider could list regions of external federated suppliers that could accommodate the request for a global presence. Other drivers for specific needs beside geography could be the price of instances and storage, the cost of power, capacity, availability of certain features, or other infrastructure requirements, Cunietti outlined.

“Basically, Federation pivots around the idea that the provider ‘owns’ the customer, but can show as local resources from remote providers. Billing is managed back to back, and compliance is managed by having customers accepting directly the third-party supplier’s SLAs,” said Cunietti. This “co-opetition,” as it were, could improve “each provider’s capabilities and time to market.”

“We have seen that direct support in designing, deploying, migrating applications is a value that small, skilled providers can provide in a fast, effective, and inexpensive way. And customers prefer it: sometimes you need a coach to help you out, not a pile of documentation,” said Cunietti.

A Toolset to Federate Cloud Management

Along with the recent Docker support of the Kubernetes orchestration engine, this initiative is “the perfect storm. A standard has finally been defined in the lower level of infrastructure, while Docker/containerd is already the standard for deployment at the upper level. Multi-cloud can be done, now, and native portability is closer than ever.”

OpenStack has always suffered from fragmentation in implementation. It was born to be customized, and users suffered its lack of standards when moving from one cloud to another.

But now it’s time to look at how Kubernetes could be the foundation to run complex infrastructures at ease, with the help of some among the many available tools to make this happen: Helm charts and its Monocular UI, for example, an interface that makes it easy to choose libraries and to deploy everything as Kubernetes clusters, automatically.

And in this storm, the other key component is the software that makes Federation of OpenStack viable: Sentinel, an admin tool for OpenStack, built by Simon Murray with U.K. cloud operator DataCentred, that allows a provider to utilize a secure proxy that lets another cloud provider create users within their cloud.

For monetizing in a federation, each cloud provider already has its own API endpoint when exposing the OpenStack standard APIs. Cunietti said that would make it easy under this system to clearly itemize each end customer’s cloud usage, and if the customer was accessing the service through another cloud supplier, that accounting report could be passed on for end customer invoicing.

Cunietti — whose EnterCloudSuite was the only fully European and open source provider to be brought on by the European Commission’s DIGIT department to manage the cloud infrastructure of 52 institutions — called this “microservices applied to cloud providers.”

Cunietti said EnterCloudSuite’s success to date has been because they understood (and accepted) that going to the cloud, whether private or public, is a transition, not a switch: “We don’t just provide the infrastructure, it is a roadmap. Cloud is a journey you have to walk through, you cannot jump steps, we help you understand — or remember — what your business is.”

And if cloud management providers are commoditized, then that ability to adhere to business and local needs is where the value comes in.

“We’ve all heard the old expression, but I like to say the opposite: Think local, act global,” Cunietti said.

Mark Boyd is a freelance writer for The New Stack and ProgrammableWeb. He's into: API economy, open data, smart cities and tech that helps us interact and connect.
Read more from Mark Boyd
SHARE THIS STORY
RELATED STORIES
.NET 7 Simplifies Route from Code to Cloud for Developers How Intuit’s Platform Engineering Team Chose an App Definition Do You Need a Managed Database? Can Observability Platforms Prevail over Legacy APM? How Boeing Uses Cloud Native
TNS owner Insight Partners is an investor in: The New Stack, Docker.
SHARE THIS STORY
RELATED STORIES
Do You Need a Managed Database? Takeaways from the ESG GitOps and Shift Left Security Survey 3 Ways an Internal Developer Portal Boosts Developer Productivity .NET 7 Simplifies Route from Code to Cloud for Developers Install Dozzle, a Simple Log File Viewer for Docker
THE NEW STACK UPDATE A newsletter digest of the week’s most important stories & analyses.
The New stack does not sell your information or share it with unaffiliated third parties. By continuing, you agree to our Terms of Use and Privacy Policy.