For years now, you’ve heard of DevOps as the way to increase velocity from development to deployment and gain insight into how and where you can improve this process. Now, an infusion of AI into DevOps tools has produced AIOps, offering insight and automation into the DevOps lifecycle in ways not previously available to mere humans.

“The overall goal here is to take the human out of the equation as much as possible,” said Ramachandran. “When you look at the time IT admins take responding to events, a good chunk of that time is spent discerning signal from noise, creating incidents, and getting the issue to the point where humans can be applied to resolve the issue. Our goal is to eliminate as much of that human time as possible by applying machine learning.”

Earlier this month, hybrid IT infrastructure AIOps platform OpsRamp joined the Cloud Native Computing Foundation (CNCF) as a silver member, and now the company has further shown its dedication to cloud native technologies with the introduction of AIOps for Kubernetes. Ramachandran says that cloud native resources are merely a new form of IT resource, to be treated the same as any other, and should be afforded the same monitoring and management capabilities. 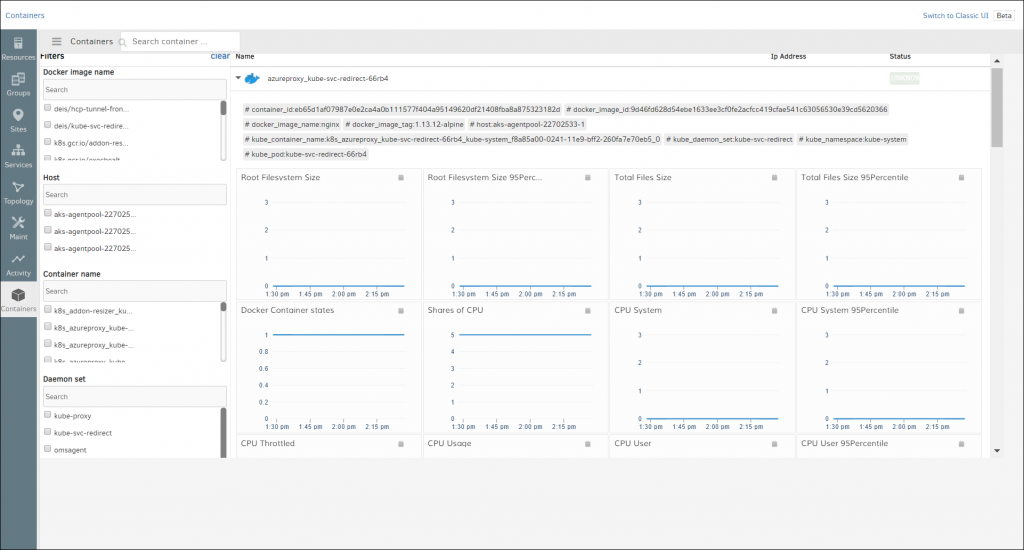 In the company’s “winter release,” it has unveiled monitoring for Kubernetes environments across on-prem and cloud services including Azure Kubernetes Services, Google Kubernetes Engine, and Amazon Elastic Container Service for Kubernetes. According to Ramachandran, OpsRamp provides Kubernetes monitoring through an agent that runs as part of the daemon set of a Kubernetes cluster.

“OpsRamp fits in with the natural way you do things in Kubernetes,” said Ramachandran. “Simply specify in the YAML file a link to the OpsRamp agent, which is packaged as a Docker container image. We do discovery of Kubernetes using the Kubernetes API itself. We discover what is running and then get deployed as part of the data set.”

In addition to Kubernetes support, OpsRamp also now provides cloud event monitoring, allowing it to “collect, aggregate, correlate and escalate events from AWS services such as AWS Health, ECS, Redshift, Data Migration Services, and CloudWatch” and serve “as a single point of monitoring, management, and remediation for cloud events across multiple cloud accounts,” according to a company statement.

Beyond these new additions to OpsRamp’s cloud native feature set, the company also further focused on fine-tuning its AIOps capabilities and providing further context to its users.

In terms of context, OpsRamp provides users with topology maps of IT resources, now including support for more than forty popular enterprise applications, as well as virtual machines, hypervisor servers and clusters in VMware vSphere and KVM environments. The release also includes a new service map interface that “makes it easy to identify underlying resources behind an IT service outage so that operations teams can hone in on the right course of action to restore services.”

The Cloud Native Computing Foundation (Kubernetes) is a sponsor of The New Stack.

Mike is a freelance writer, editor, and all-around techie wordsmith. Mike has written for publications such as ReadWriteWeb, Venturebeat, and ProgrammableWeb. His first computer was a "portable" suitcase Compaq and he remembers 1200 baud quite clearly.
Read more from Mike Melanson
SHARE THIS STORY
RELATED STORIES
How Mirantis' Lens Autopilot Helped Choozle Scale Kubernetes The Quest for High-Quality Kubernetes Deployments How Dynamic Logging Saves Strain on Developers and Your Wallet Microsoft Aims to Bring DevOps Discipline to Web3 How and Why to Respond to Incidents the Right Way
TNS owner Insight Partners is an investor in: The New Stack, Docker, Simply.
SHARE THIS STORY
RELATED STORIES
Introduction to Kubernetes Imperative Commands SRE Fundamentals: Differences Between SLI vs. SLO vs. SLA Automate DevOps with an Everything as Code Approach How Dynamic Logging Saves Strain on Developers and Your Wallet A Guide to Better Developer Experience
THE NEW STACK UPDATE A newsletter digest of the week’s most important stories & analyses.
The New stack does not sell your information or share it with unaffiliated third parties. By continuing, you agree to our Terms of Use and Privacy Policy.