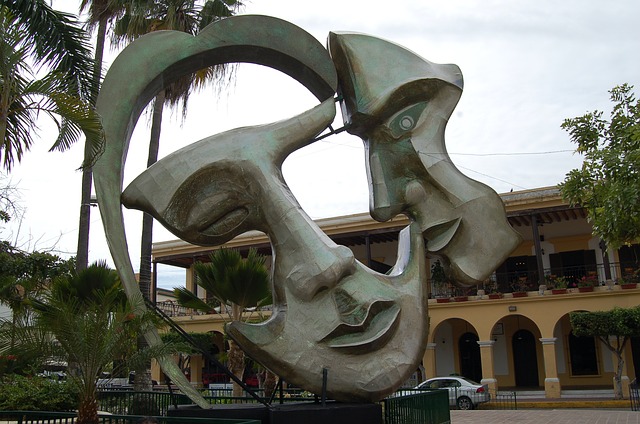 Oracle is plotting a turnaround. More accurately, the company began swinging the helm far to the open waters about two years ago, and we’ve been seeing the results ever since.

That’s when the company purchased StackEngine, an Austin, Texas-based container management and orchestration company. It was that DNA, said Bob Quillin, vice president of the Oracle Container Group and former StackEngine CEO, that formed the core of the cloud-based, lock-in avoiding Oracle we see presented before us today.

Another symbol of that change in direction came yesterday, as Oracle joined the Cloud Native Computing Foundation, the Linux Foundation Project which oversees Kubernetes, Containerd, and other cloud-native open source projects. Oracle joined this Foundation at the Platinum level, placing Jon Mittelhauser, vice president of engineering at Oracle, into a voting seat on the CNCF governing board.

Quillin said that he hopes his group can expand its engagement with the CNCF beyond its contributions to Kubernetes thus far. With positions on the Kubernetes sub-committees, he’s hoping to help push some cross-platform management capabilities into the project next year.

To do that, he said, work on federation inside the CNCF would be key. “That’s an area we have a lot of interest in. We have the opportunity to see how we can extend Kubernetes management and make it interoperable across clouds. We’ve had many requests from customers who are playing with Kubernetes internally, and they want it to be the one master control plane across clouds. The proof-of-concept is there, but making it enterprise-level is an area that’s interesting for us and our customers,” said Quillin.

As the last company to get on the cloud bandwagon, it’s understandable that Oracle would want to work on cross-cloud compatibility: this would enable workloads on the more popular clouds to be transferred easily to theirs. But their last-mover status also entitles them to build based on new technologies, rather than old. The Kubernetes open source container orchestration engine, it would seem, is that new technology.

Thus, Oracle is pushing its highly available Kubernetes Cluster on Oracle Cloud Infrastructure. This new offering is based on a packaged installer for Terraform, the environmental setup system from HashiCorp.

Quillin’s group is at the vanguard of this new cloud-focused Oracle. He said that the entire group is built from open source veterans and former AWS/Azure folks. They’re not your old school Oracle types, plotting Game of Thrones-level intrigue around open projects and standards.

“It’s new set of technology and technologists coming in,” said Quillin, “but also the customers that are driving this are demanding to have this open cloud neutral solution.”

“We’re earning our stripes by putting people and effort into the Kubernetes Project. We’ll put out more tools and utilities from our experience. We’re also users of this technology, so it’s to our benefit internally to share this with the community. We’re doing this because it’s in our DNA in this new Container Group. It’s also what customers are pushing for as they begin to migrate traditional applications into the cloud,” said Quillin.

Kubernetes has also been added to Oracle Linux 7. This enables Oracle Linux users to spin up Kubernetes and manage it internally. This will, eventually, lead to supporting the on-premise, off-premise capabilities Quillin hopes to bring to Kubernetes as a whole.

Cross-cloud management of multiple Kubernetes clusters should help everyone, said Quillin, but he added that Oracle’s real reason for pursuing the capabilities is to give customers what they want.

“Oracle does one thing very well: it listens to customers. We’re being driven to this by what the market is demanding. They want to have that cloud neutrality, and they want to run things locally and move it back and forth to clouds. We’ve heard that and we’ve committed to that,” said Quillin.

While the direction of the Oracle boat has changed, the bilge down below is still old Oracle. Readers can be forgiven for remaining tremendously cautious of Oracle when it comes to standards bodies and open source projects. The company has, in the past, laid waste to entire communities, such as when it shut down the OpenSolaris Project, or just this past month when it outright end-of-life’d Solaris. That came right after Oracle had dug in its heels on the Open Container Initiative’s standards work, delaying that final proposal by six months.

Why? To include Solaris support, of course!

The open source sins of Oracle can be listed off into the sunset. From causing the Hudson/Jenkins fork, to copy-pasting CentOS (which is originally copy-paste Red Hat Linux) into Oracle Linux, to re-licensing SleepyCat with the even more copyleft AGPL, but oh wait, it just happens to extend to the source code of your web application, making SleepyCat, an in-memory XML database library essentially useless for commercial endeavors without paying Oracle for a commercial license.

Never mind the years Oracle putative spent trying to slow down the WS* specifications through objections, new proposals, and other chicanery. Perhaps we should thank them, however: WS* died and now we just use REST.

The Oracle cloud, said Quillin, is free of this baggage, however. It’s designed to be open and to incorporate open source projects into which Oracle is contributing back code. And that has typically been the over-arching problem with Oracle: it has never enjoyed contributing to open source.

Around the OpenJDK, for example, Oracle never quite got beyond the Java Community Process, which it essentially controlled. It also employed the folks driving the OpenJDK as a whole. Its efforts with Oracle Linux weren’t disliked because they were redistributing CentOS, but rather because the company wasn’t contributing its fair share of patches back up stream. Oracle has a history of being a bad community member.

That’s all changed or changing, said Quillin. Even outside of his group, Oracle recently contributed Java EE to the Eclipse Foundation, rather than spinning up its own new group to use as a puppet, or relying on the existing and plodding JCP.

The company has also released a number of interesting container tools: Railcar, Smith, and Crashcart.

In the end, Quillin said that Oracle is being moved by forces larger than strategy or business degrees. “Part of this is the reality of the way the market is today. We’re being driven by what we believe in, but it’s also in line with what the customers are doing.”

The Cloud Native Computing Foundation and The Linux Foundation are sponsors of The New Stack.