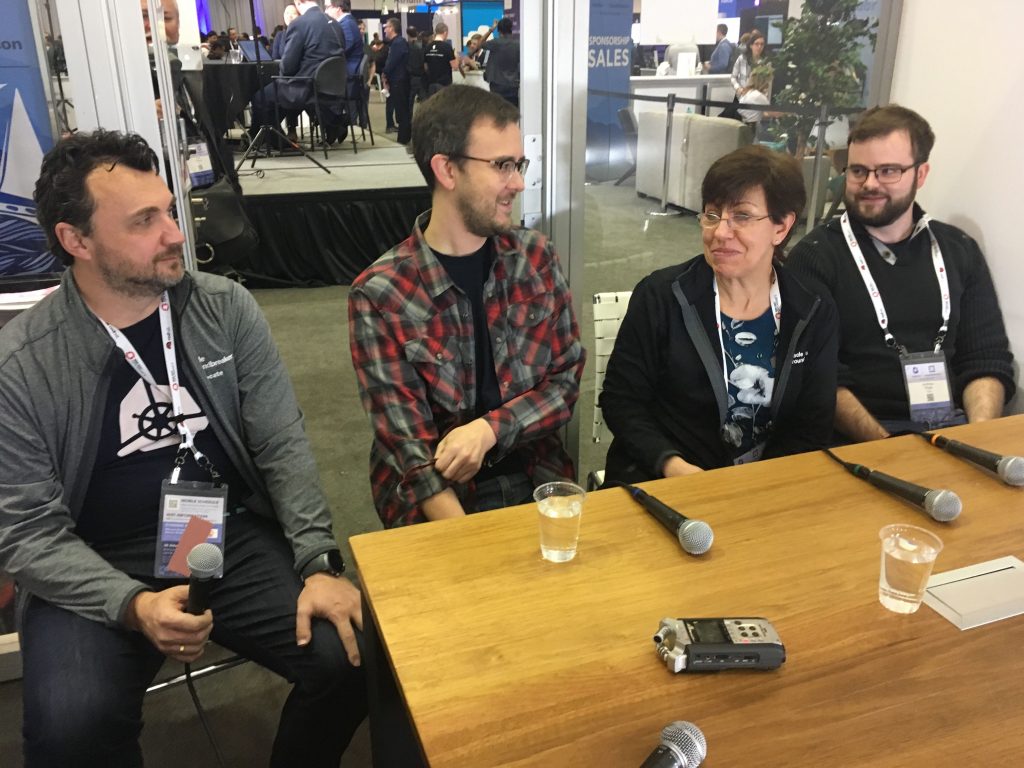 The new dynamics associated with container lifecycle management was the main topic during a podcast hosted by Alex Williams, founder and editor-in-chief, of The New Stack at KubeCon + CloudNativeCon North America 2018, with a group of software engineers and product managers from Oracle.

On hand from Oracle to discuss container lifecycle management were:

Needless to say, Kubernetes has fostered changes in how lifecycle management software works.

“So, the containers themselves are new sort of type of resource compared to previously which was VMs or what not. The one aspect that has changed is how the main model looks like in terms of the infrastructure being represented with containers and what not,” Filipovski said. “But to me, an even more important change is the design concepts and the architectural approach to Kubernetes with the containers, which is very different than what was there before.”

It is also necessary to consider how the structure of containers is different than that of VMs and other cloud systems, Filipovski said. One obvious example is the difference in how infrastructure is represented with containers. “But to me, the even more important changes are the design concepts and the architectural approaches to Kubernetes with the containers, [which are very different] than what was there before,” Filipovski said. “The whole concept of model event-driven orchestration is something that was not really prevalent before. Most of the stuff before was workflow-driven automation with a lot of steps and sort of human imperative way to approach to lifecycle — which is the bigger difference is the lower level Kubernetes aspect of how it approaches the problem.”

There is also the “versus imperative way of looking at the world” to consider, Pryde said. “I think the law that goes down to the kind of declarative, doesn’t it? And suddenly we find ourselves confident,” Pryde said. “The constraints on our systems are being enforced in time… You run your workflow, and hopefully, you get to the end and hopefully it stays there for as long as you want it to be running.”

Oracle has also seen “drastic changes” that are ultimately positive, among its customers when transitioning to container lifecycle management, Riccelli said. Customers with large enterprise deployments of WebLogic, for example, have seen positive major changes not only in operations but in deployment times with for their applications on Kubernetes, Riccelli said. “I have one example of a customer that used to spend 30 minutes to bring up and deploy their entire WebLogic domain,” Riccelli said. “And now it takes just two minutes to do so once you have the container of WebLogic.”

At the end of the day, the Kubernetes model works especially well for the speed to deployment within the context of the container lifecycle management process. “The model allows everyone to increase their velocity for all of these aspects,” Fontaine said. “So, you can focus on getting to the business logic and focus on adding value to your team and less on all of the rest of the operations…now you can focus on just what I need to be reacting to this event.”

2:05: How do you view lifecycle management as compared to its roots?
7:16: How has this new approach affected your work?
13:06: What have been some of the efficiencies and improvements that have provided you the capability to extend deeper?
17:27: How do you then make that a developer experience that is manageable?
21:05: The 80/20 rule and how you reduce complexity.
24:31: What are the areas that you’re focusing on from an open source perspective to help build out the operator model?


KubeCon + CloudNativeCon is a sponsor of The New Stack.