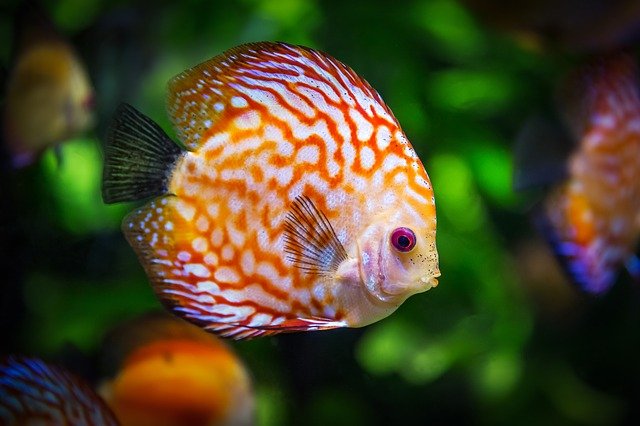 The company is offering a host of services in its Free Tier to enable developers to build basic applications on the Oracle cloud. It also offers a set of Always Free services for developers and operators to learn, kick the tires, and deploy workloads on OCI.

To help push this strategy to bring more developers into the fold, Oracle hired AWS veteran Dan Gerrity to focus on the company’s effort to woo developers over to Oracle. Gerrity is the senior vice president of Developer Services for Oracle Cloud Infrastructure.

This establishes Oracle’s set of free services and resources among the most generous in the industry, Gerrity claimed.

Gerrity has been at Oracle for about 18 months. Before that he was at AWS for about five years working in the billing system, “so I know a lot about free stuff and not free stuff and surprise bills and so forth,” he said. According to Gerrity, Developer Services is a relatively new area at OCI. “Effectively, my job is to get developers onto the platform and all the way through to production applications,” he said.

When a new user signs up for OCI they get a Free Tier account, which gives them some credits that they can use on pretty much any service. But those credits expire after 30 days.

However, the key thing about the Free Tier is all that stuff is always free, Gerrity said. “We have enough services now available in the always-free area that you can actually build real, functioning applications using things that are always free,” he said. “It’s just completely unambiguous. We’re never going to charge your credit card. It’s that simple. So, no surprise bills. The important thing about the Free Tier is that what I went through at AWS with people getting surprise bills and all that kind of thing cannot happen.”

In a tweet from early last month, Corey Quinn, chief cloud economist at the Duckbill Group, scolded AWS and praised Oracle regarding their free tier of cloud services.

It’s long past time for @awscloud to take a page from @OracleCloud‘s free tier playbook.

I’ve had services running in OCI for over a year. So far total charges to me: $0. https://t.co/vSKCURL3Aq

Meanwhile, in a separate tweet at the end of May, Alex Chan, a software developer at the Wellcome Trust, described how a university student had inadvertently ran up an $8,000 bill on AWS and was looking for help as they could not pay that amount.

I have a panicked student in my DMs who’s accidentally racked up an $8k AWS bill.

My suggestion of “talk to Support” is no good—apparently they won’t issue a billing adjustment. Anybody got better ideas, or know someone at AWS who can help them out?

In a response, Quinn again praised Oracle for its handling of lower end users.

Say what you will about Oracle, but for all their failings I don’t recall a single instance of their shaking down individual students. https://t.co/1oDOnXwh4S

In another response to Chan. Scott Piper, AWS Security lead at Aurora, said AWS should install default budget controls to help beginners and lower end customers. Aurora is a self-driving vehicle technology provider that Amazon has invested heavily in.

Default budget controls is the single most important thing AWS employees could do both for ensuring long-term revenue growth by making it more approachable for beginners that will turn into larger customers AND to help low income groups have opportunities to safely learn. https://t.co/I9WjzPUot6

Joby Menon, senior director of product management for the OCI services Free Tier product line, said when developers sign up for Oracle’s free trial, they are told explicitly that they have to proactively upgrade their account to use more advanced features or use more time or resources.

“You won’t get accidental charges with Oracle,” he said. Unless a user expressly asks for an upgrade, “we don’t charge their credit card at all, period,” he said. “We control it through a software program so that there’s no accidental charge. They [developers] don’t get surprised with even a one-dollar bill.”

Gerrity added: “There’s no worry about over bursting or overcharging or hitting some limit and then getting billed for it. It’s just always free.”

“What we’ve discovered is that there are certain limitations to the always-free product,” Gerrity said. “One of those limitations is it’s hard to build an app that spans multiple fault domains, or multiple availability domains, or however you want to talk about it. If you’re a corporate developer, a developer that’s interested in building out a real application that’s going to be used by lots of people in a broad geography, you’re going to want to make it resilient. You’re going to want to make it fault-tolerant, with multiple AZs [availability zones] and multiple failovers. That’s a little bit harder to do with the Free Tier.”

However, you can do a lot of proof-of-concept development and build a lot of applications that just rely on the resilience of the underlying Oracle database.

Gerrity said his team can predict which users are just tire kickers and which ones are likely to move to become paying customers. You look at their use of load balancing services.

Flexing on Oracle’s aspiring cred in the DevOps space, Gerrity, who is on the board of the Cloud Native Computing Foundation, said, “We have a Kubernetes service that we call the Oracle Kubernetes Engine, or OKE. It’s pure Kubernetes. It’s the anti-lock-in cloud. If you’re running Kubernetes on-prem, it’s literally the same Kubernetes that’s running in the Oracle Cloud. We don’t have a bunch of new APIs that you need to use or a bunch of different ways that you need to interact. You can use Kubectl and run your OKE.”

Moreover, Oracle is looking at advancing its cloud offering. “We are looking at moving up the stack,” Gerrity said. “For example, if you use our Kubernetes service, you’re still responsible for provisioning either the bare metal machines or the virtual machines that you need underneath. We’re working on enhancements where you won’t have to worry about that.”

Darryl K. Taft covers DevOps, software development tools and developer-related issues from his office in the Baltimore area. He has more than 25 years of experience in the business and is always looking for the next scoop. He has worked...
Read more from Darryl K. Taft
SHARE THIS STORY
RELATED STORIES
AWS Code Catalyst: A 'Low-Code' Approach for the Dev Lifecycle Data 2023 Outlook: Rethink the Modern Data Stack How Jit Builds a Platform Engineering Mindset in the Cloud AWS Inf2: A 12-Chip System for Large-Scale ML Production Microsoft Makes Azure Load Testing Generally Available
Amazon Web Services and Oracle are sponsors of The New Stack.
SHARE THIS STORY
RELATED STORIES
Data 2023 Outlook: Rethink the Modern Data Stack Install Minikube on Ubuntu Linux for Easy Kubernetes Development AWS Inf2: A 12-Chip System for Large-Scale ML Production Multicloud vs. Hybrid Cloud: Key Comparisons and Differences It Happened to Me: How I Suddenly Owed AWS $13,000...
THE NEW STACK UPDATE A newsletter digest of the week’s most important stories & analyses.
The New stack does not sell your information or share it with unaffiliated third parties. By continuing, you agree to our Terms of Use and Privacy Policy.