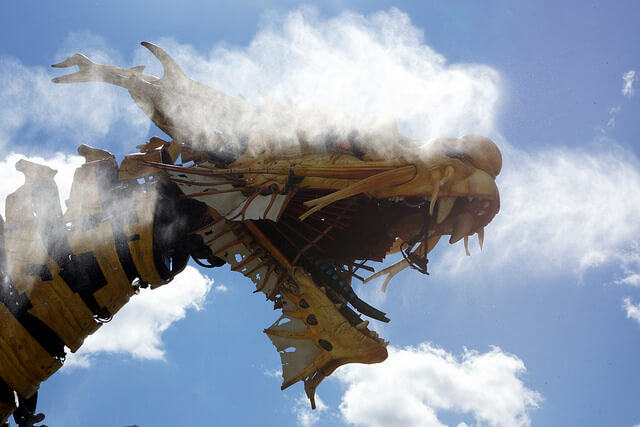 In its latest move to retain the hearts and minds of enterprises in this emerging cloud era, Oracle has released a set of services to make its on-premises cloud service identical to that of its public cloud.

“We’ve been talking to customers who have specific needs around data sovereignty, regulatory requirements, legal and privacy requirements or they have sensitive data they want to keep on premise,” explained Amit Zavery, senior vice president of Oracle Cloud Platform.

“What they’re asking for are all the benefits of public cloud in terms of agility, cost savings, control over the vendor they use, subscription pricing, but to have it available in their own data center where they have more control over systems, can use a firewall they like, and have low latency,” Zavery said.

With this in mind, the company has released Oracle Cloud Machine, which it will deliver to the customer’s site instances of Database Cloud, Java Cloud, and Integration Cloud services.

“It’s the same experience as a public cloud from Oracle; it’s the same services beneath the covers, the same software stack, same management console, same pricing. It keeps on getting updated in terms of upgrades, patches, backup – all of this is managed in the same way we would manage Oracle public cloud,” Zavery said. “The experience is seamless, the pricing is seamless as well as the ability to move workloads between the two.”

While other vendors offer private cloud services, the technology they use often isn’t identical to that in the public cloud, Zavery says.

Despite all the companies that already have moved services to the cloud, financial services, insurance and government entities are among the sectors that need the control of on-premise deployments. And while enterprise spending on the public cloud continues to grow, the bulk of investment continues to be on private cloud infrastructure, according to IDC.

Keeping a duplicate infrastructure to Oracle’s own offers a number of benefits, according to the company.

“It means companies can develop and test in the public cloud,” Zavery suggested. “A lot of times they’d have to test it again because the production environment on-premise was not exactly the same thing. You’d have to do a lot more work to make it work on-premise. With this model, you’re making it seamlessly moving the workloads without having to re-do any of the stuff.

The ability to do bursting is another potential benefit. “You might have most of the workload on-premise [and] when you need excess capacity for some application, you can move to public cloud,” Zavery suggested. Other uses include high availability and legacy modernization.

Beyond this initial set of services, Oracle will be releasing additional services every few weeks, according to Zavery, including its Exadata Cloud Machine, which will combine its database with its cloud platform; and Big Data Cloud Machine, a big data environment that support Hadoop, Spark and NoSQL and can be expanded to seamlessly integrate with Oracle Database.

Despite criticism that Oracle is behind in the Cloud game, its product development president Thomas Kurian said previously that all aspects of Oracle’s cloud business are growing and that 70 percent of its cloud customers have never bought software from Oracle before.

In its most recent quarterly report, combined software-as-a-service and platform-as- service revenues were up 61 percent year over year.

Oracle’s buyout of Austin-based StackEngine for its IT automation tools three months ago demonstrated how serious the company is getting about its own cloud services. It also added the Bitnami Application Library to the Oracle Cloud. It joined the Open Container Initiative last summer.

Share this story
RELATED STORIES
Datafold, Hightouch Team up for Data Synchronizations Where Can Heroku Free Tier Users Go? Macrometa on What SOC II Compliance Means for Developers Aqua Security Puts Its Money Where Its Claims Are Starburst Strengthens Data Governance Capabilities
Share this story
RELATED STORIES
Microsoft Launches Dev Box Preview CDP One Takes Cloudera into the SaaS Analytics League Headless CMS Strapi Plans a Platform-as-a-Service IT Pros Trust Open Frameworks and Clouds Over Third Parties Where Can Heroku Free Tier Users Go?
THE NEW STACK UPDATE A newsletter digest of the week’s most important stories & analyses.
We don't sell or share your email. By continuing, you agree to our Terms of Use and Privacy Policy.