The majority of organizations are only somewhat confident when it comes to using open source components, according to a recent survey.
Jul 11th, 2022 10:45am by Loraine Lawson 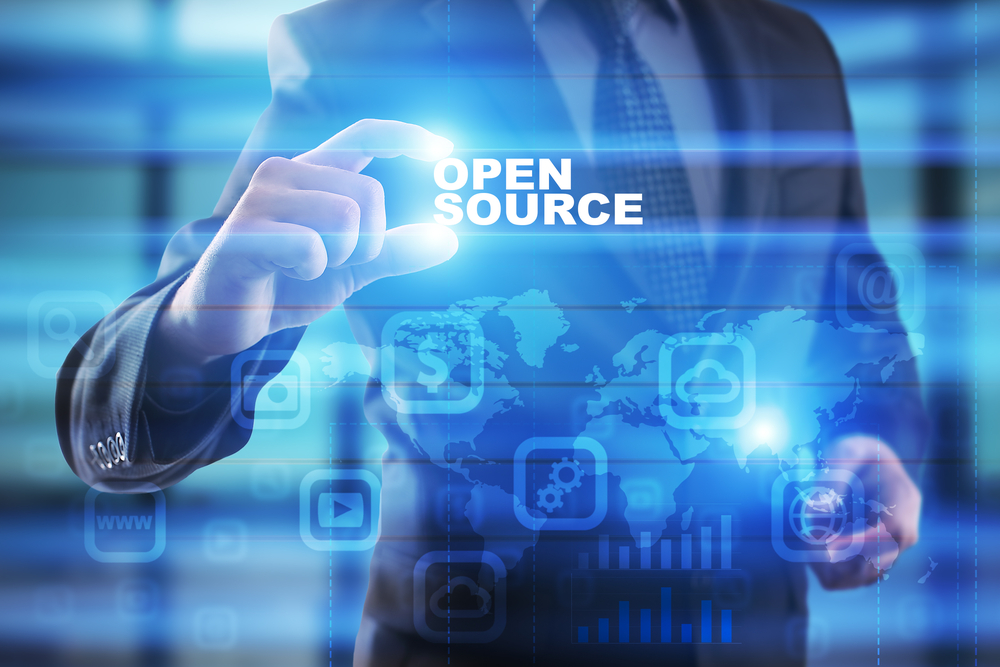 Featured Image via Shutterstock.
TNS Annual Reader Survey
We need your input! Take 5 minutes to chime in and help guide our coverage.
Begin the survey

A majority of organizations have concerns about using open source software, with the largest organizations expressing the least confidence in their open source management practices, according to a survey that queried 700 technologists, including engineers, software developers, DevOps workers and executives.

Specifically, participants were asked if they felt confident that the open source components they use are secure, up-to-date and well-maintained. Fifteen percent of organizations were “extremely confident” in that regard, according to “The 2022 Open Source Software Supply Chain Survey Report” released this month by open source management provider Tidelift. The New Stack’s Lawrence Hecht was the researcher partner on the project, alongside Chris Grams, head of marketing at Tidelift.

The majority of respondents — 62% — were “somewhat confident” about their open source components, a finding that doesn’t exactly inspire, Grams noted during a July Upstream virtual conference presentation of the results.

“When I was watching the national championship this year, Carolina made it — as anyone who is a fan knows — to the national championship game as a huge underdog […] and they were up by 15 at halftime against Kansas,” said Grams. “I was ‘somewhat confident’ that Carolina was going to win the game and those of you who watched it will remember that Carolina actually lost that game.”

“So, somewhat confident when it comes to ensuring the open source components in your organization are up-to-date, secure and well maintained: Is that good enough?” he added. 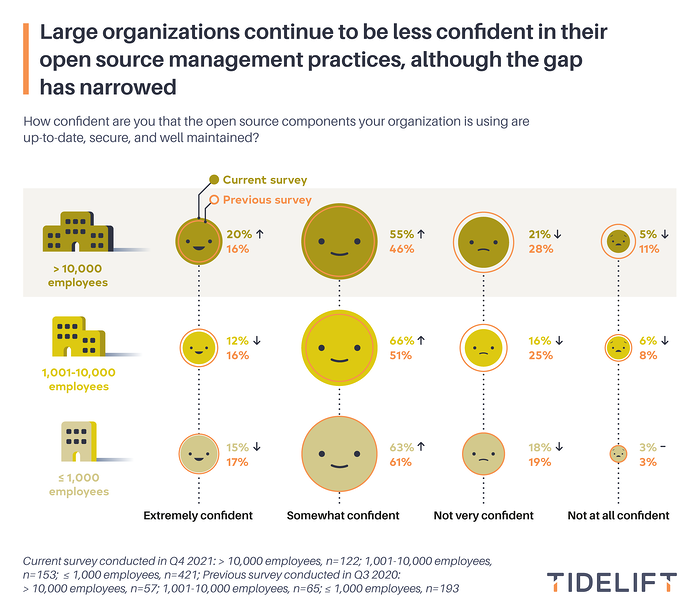 Getting approval to use new open source components is slow and tedious in large organizations, the report found, taking anywhere from one day to one week for half of the respondents. For 39% of respondents, approvals drag on for more than a week to a month or more.

In the largest organizations, it gets even more bleak, he added. In large organizations of over 10,000, 78% said there is some sort of authorization process for introducing new open source components and 56% reported that the approval process takes a week or more.

“Is it slowing down developers’ ability to use open source really effective?” Grams questioned.

One of the best practices recommended by IT analyst firms Gartner and IDC is the use of a centrally managed repository of approved open source components. The main benefits of this approach are that developers can move faster when they know which components are vetted and improve security, according to the report.

Given the stodgy approval process seen at large organizations, it’s perhaps not surprising that this is an emerging trend identified in the report.

“I would view this as an emerging trend,” Grams said. “It’s interesting to see that we’re still [in the] early days, but some organizations are starting to use this.”

Tidelift, it should be noted, offers such a solution as part of its product.

One finding that should put development leaders on notice: Only 37% of those surveyed were aware of the May 2021 White House executive order on cybersecurity requiring organizations that do business with the government to enhance their cybersecurity in their software supply chain, through up-to-date software bills of materials (SBOMs).

“The idea behind this White House executive order is that if you want to sell to the government, you need to bring up your level of cybersecurity,” Grams said. “You need to understand better the provenance of the components you’re using (i.e. where they come from), you need to understand how they’re secure, who’s making them — and in open source that can be fairly challenging.”

That low awareness figure may be related to the timing of the survey, which was out in the field during Log4Shell last December, so Grams said he expects that figure will change significantly in next year’s survey.

As a follow-up question, the survey asked whether current software supply chain security events like SolarWinds were having a large or extremely large impact on how they approach application security.

“Not surprisingly, of these organizations, 42% report that current software supply chain security events like SolarWinds are having a large or extremely large impact on how they approach application security,” the report noted. “Only 15% of organizations see no impact at all.”

SHARE THIS STORY
RELATED STORIES
The Race to Be Figma for Devs: CodeSandbox vs. StackBlitz Software Developer Tool for Quantum Computers Launching Soon Survey Finds Majority of Jamstack Community Testing Edge Jamstack Panel: Multiple JavaScript Frameworks Are a Good Thing Devs Are Excited by ActivityPub, Open Protocol for Mastodon
SHARE THIS STORY
RELATED STORIES
Twitter Turmoil: We Need an Open Protocol for Public Discourse How Instagram Prepared for High Definition Video Devs Are Excited by ActivityPub, Open Protocol for Mastodon What Developers Told Us about Vercel's Next.js Update Developers Get a Quick-Start to Coding with Replit IDE
THE NEW STACK UPDATE A newsletter digest of the week’s most important stories & analyses.
The New stack does not sell your information or share it with unaffiliated third parties. By continuing, you agree to our Terms of Use and Privacy Policy.