The Otomi Container Platform bundles more than 30 different Kubernetes add-ons, as well as providing what it calls an "OSX like interface," and today the project has open sourced a community edition under the Apache 2.0 license.
Jan 13th, 2021 6:00am by Mike Melanson 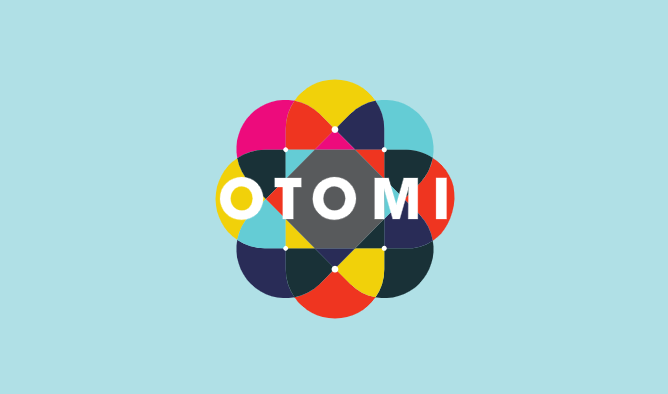 If you want to enjoy the benefits of Kubernetes, configuring and installing the software itself can be just the first of many deeply technical and oftentimes confusing steps. To simplify this, many major cloud providers offer managed Kubernetes services, but even then you may need to install secondary services to handle tasks such as tracing, logging, monitoring, identity access management, and so on. The Otomi Container Platform looks to address this complexity by bundling together more than 30 different Kubernetes add-ons, as well as providing what it calls an “OSX like interface,” and today the project has open sourced a community edition under the Apache 2.0 license.

“Kubernetes alone is not enough. Kubernetes is a platform to build platforms with. Building a Kubernetes based platform takes a lot of time and requires expertise,” wrote Sander Rodenhuis, founder and CEO of Red Kubes, the company behind Otomi, in an email. “You will need to install and configure solutions for logging, security, monitoring, traceability, auditability and networking. These are all stand-alone solutions. When you start integrating these solutions you’ll end up with technical depth. Time not spent on Kubernetes is more time spent on developing new features for your customers!”

Otomi consists of multiple components, starting with Otomi Core, the suite of applications that includes cloud native standards such as Prometheus, Grafana, Loki, Istio, Jaeger, Keycloak, Knative, Harbor, and more. Then there is an Enterprise Edition with additional features, and the Otomi Console, which offers the previously mentioned “OSX like interface,” with a simplified version included in the community edition and a more advanced version with self-service features offered in the Enterprise Edition. All of this is available as a single, deployable solution that can be installed on any Kubernetes cluster, whether AWS, Azure, GCP, or even on-premises. Otomi itself can be installed by running a Docker container. 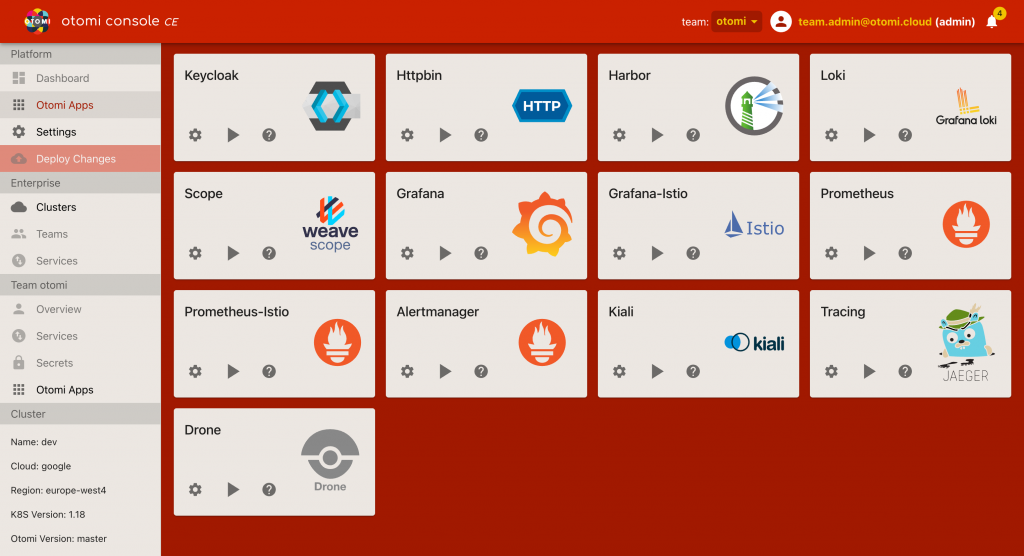 Some core features of Otomi include single sign-on, multi-tenant onboarding, central policy management, the ability to keep clusters in sync across clusters and clouds, automatic deployment, and the management of networking and service configurations, such as DNS, certificate provisioning, and ingress configuration.

“You can see it as a single Kubernetes add-on that includes over 30 different add-ons and open source solutions, all pre-configured and glued together,” explained Rodenhuis. “Because Otomi is 100% Kubernetes native, you won’t need to use additional cloud services. This enables you to run container workloads in a cloud-agnostic way. Workloads can be moved between Clouds without any additional work.”

Beyond bundling together these applications and simplifying their installation, Rodenhuis further explained that Otomi includes a base configuration, further removing the need for end-user expertise. “We also added best-practices and all applications are pre-configured,” wrote Rodenhuis. “We are not only installing OPA, we have added a lot of policies.”

For future features coming to Otomi, the project has an open roadmap that includes Hashicorp Vault integration and the ability to subscribe to alpha, beta, and stable channels for project releases, among other expected features in coming months. Users interested in the paid Enterprise Edition can request a demo.

Mike is a freelance writer, editor, and all-around techie wordsmith. Mike has written for publications such as ReadWriteWeb, Venturebeat, and ProgrammableWeb. His first computer was a "portable" suitcase Compaq and he remembers 1200 baud quite clearly.
Read more from Mike Melanson
SHARE THIS STORY
RELATED STORIES
Platform Engineering Won’t Kill the DevOps Star How Platform Teams Can Align Stakeholders MicroK8s and Portainer Is The Easiest Way to Deploy an Application on Kubernetes Kinsing Malware Targets Kubernetes Data, Analytics and AI: What Will Happen in 2023
TNS owner Insight Partners is an investor in: Docker.
SHARE THIS STORY
RELATED STORIES
The Top 4 Threats to Securing Your Cloud Infrastructure What Trouble Awaits Cloud Native Security in 2023? Platform Engineering Won’t Kill the DevOps Star Microsoft Makes Azure Load Testing Generally Available How Platform Teams Can Align Stakeholders
THE NEW STACK UPDATE A newsletter digest of the week’s most important stories & analyses.
The New stack does not sell your information or share it with unaffiliated third parties. By continuing, you agree to our Terms of Use and Privacy Policy.