Monki Gras: The Key to Open Source Success is in the Packaging 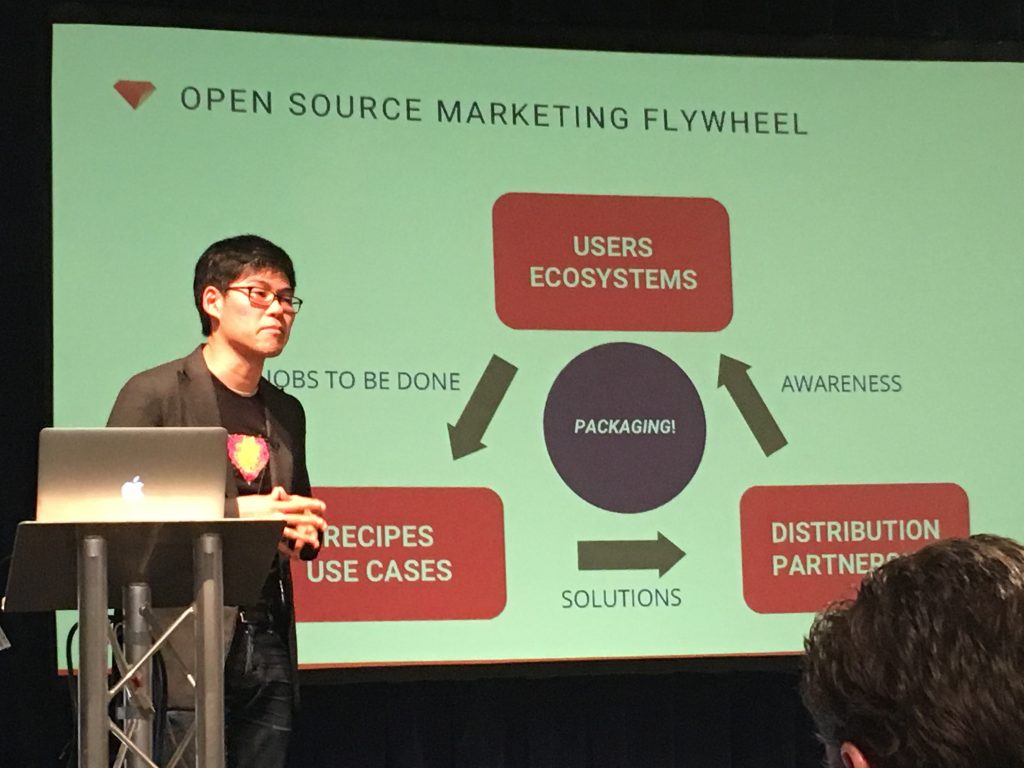 The theme of this year’s analyst firm RedMonk‘s one-day Monki Gras gathering was packaging. Like many attending, I’d suspected I’d be inundated with technical information about containers and other “packaging” formats. And certainly Docker was referenced as a solution more than once, but many of the conference’s speakers took a much less literal approach to the topic, offering a well-rounded set of presentations that looked to teach the audience a mix of technical and startup skills.

Kiyoto Tamura, vice president of marketing at Treasure Data offered an engaging talk about how to package your open source project so its value can be understood by others. Because, really, what’s the point of an open source project without a strong community around it?

Tamura pointed out how “most open source products never take off.” He says this is because most open source developers don’t find the right “box” and “context” to position their brands and explain them well. He then pointed to Goldman Sachs as a company not only paving the way for how the investment world approaches open source, but an example for how many industries can.

A lot of companies go the route of open source because they think open source equals an automatic community. He said that of course most of us are busy, but that we have to work to find the right bucket or buckets to put our software into, like mental maps of which category it belongs to.

“It’s not about being open source, it’s about having a lower barrier to adoption and being free, and context.” — Kiyoto Tamura, Treasure Data

And of course, this struggle isn’t exclusive to the open source space. In general, when you ask a developer to describe her or his API, SaaS, or anything else, the first thing they do is talk about the language it’s in. And, as Tamura will talk about below, that’s important but the first thing you talk about is the solution it’s offering, what benefit.

Only then can you get into the packaging that brings together the three most important parts of open source marketing:

“Distribution is the lifeblood of an open source product,” he said, and this packaged combination is how to build around it.

He says this begins with your users and associated ecosystems. What languages are the users you want to reach and whose problems you want to solve coding in? Language often becomes the first bucket of an open source ecosystem.

Then, since you often don’t have the budget to create a sales or even marketing or tech support team, Tamura says “You focus on use cases and recipes for related advocates that will do the marketing for you with their solutions.”

These then lead to the third piece of the open source marketing flywheel (or continual triangle) where, once you’ve identified the bucket you reside in and the best examples of how you can serve that bucket, you start to find distribution partnerships that continue to create awareness of your brand.

By bringing these three together, you then can then develop the packaging that wraps around your ecosystem and open source marketing.

Tamura offered an example of how he positioned and packaged the Treasure Data’s client Fluentd in a way that introduced the open source data collector and unified logging layer to a larger community. He broke the task down into three steps:

Be Mindful of the Jobs that Need to be Fulfilled.

To start out “Research what jobs need to get done and package your project for it,” he said. And then think of how you want to be different.

In Fluentd’s space, the frontrunner in log aggregation tools is Splunk.

“Splunk is really popular and most users really use it and how it’s all packaged together, but whenever they are starting a lot of new projects and aren’t about the business value it was too expensive for them to launch,” Tamura explained.

And getting back to what he said above, it’s about offering something free, as well as gaining those Github stars.

Plus, he said, in the open source space, documentation very often does the heavy lifting in marketing. In fact, Tamura explained that documentation is both the translator of your product’s value and the packaging that’s wrapped around it. So between offering great documentation and an open source alternative. They were able to find the right bucket to be found in.

Now, Fluentd ranks on Google as “free alternative to Splunk.”

Be mindful of languages and their related communities

Being Monki Gras, he pulled up RedMonk’s programming language ratings. While you want to be an innovator, you don’t want to build a product — particularly an open source one — around a language that no one’s using yet. Or one that perhaps has folks experimenting with but that there simply isn’t a community around. Because you want to build your open source product to fit with an already existing community — it’s very rare, very expensive, and very difficult to build a community for your product.

But in the end, it’s about striking a balance between popularity and relatedness.

“Popularity is something to think about but it’s not everything,” Tamura said. “Choose whatever language you want, but do remember the language choice you make is going to dictate your distribution strategy.”

He pointed out how your team knowing the language you are going to invest in is important, but that you have to also get to know the community around the language in order to learn how to leverage that community and the tools around it. 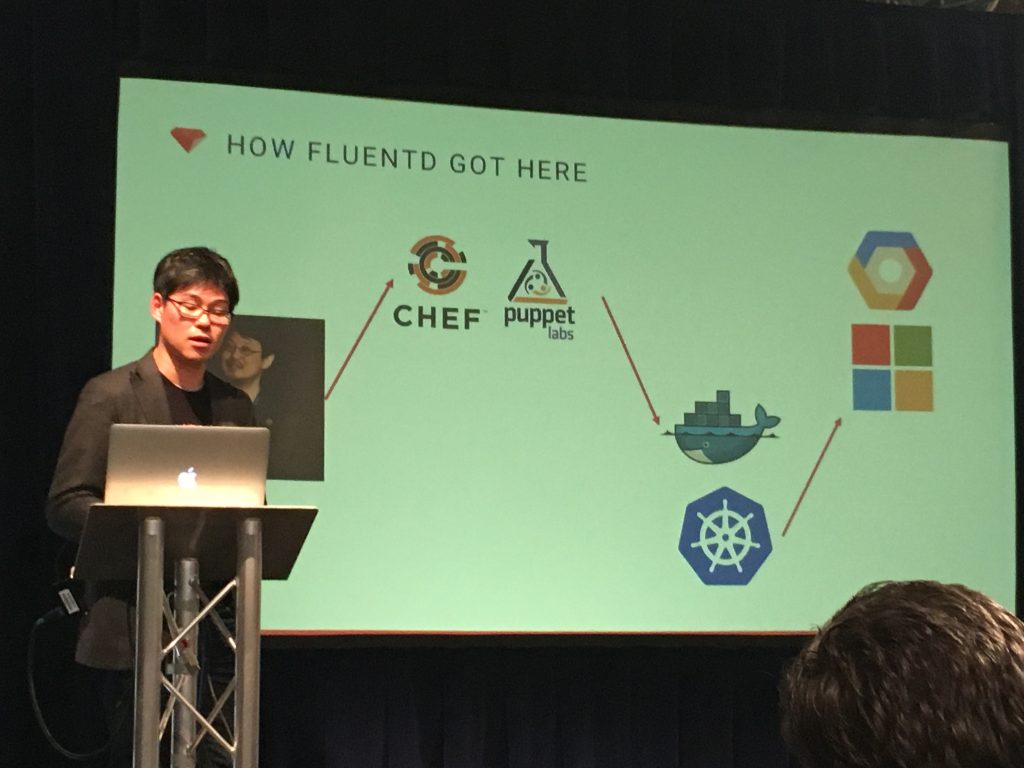 And no matter what you are putting in that package, Tamura recommends your open source product be packaged for the cloud.

“The cloud is the mass distributer of open source.”  — Kiyoto Tamura, Treasure Data

By packaging it in the cloud, you get rid of the hoops a developer has to jump through to access it: No downloading necessary. “Make your project obviously useful but then package it into something concrete,” he said.

Once you have these three elements together, you can then do something smart but small to reach out to that community.

Tamura offered the example of Docker, which, more than three years ago, published a six-page guide that appealed to their exact target audience: “Install and Run Memcached as a service using docker.” It then shared this free guide on HackerNews, it went viral, and the rest is open source history.

He explained that “Ops totally got it, but devs didn’t understand how to use it when Docker was [first starting.] In six pages made it easy for devs.”

These six pages successfully, emotionally and functionally addressed the jobs to be done, talking the language of the community, and, of course, it was offered in the cloud. And that’s the Tamura secret to open source marketing, as explained by a small activity that brought Docker a lot of users.