In this latest The New Stack Makers podcast recorded live at IFX2019 in Downtown Las Vegas,  Zachary Smith, CEO and co-founder of Packet, and Ivo Rook, senior vice president at telephone company Sprint, discussed how bare metal fits into the emerging Internet of Things. The December 4-5 event was Packet’s second annual vendor-neutral infrastructure conference and ran at the same time as AW Re:Invent.
Dec 13th, 2019 5:00pm by B. Cameron Gain and Alex Williams 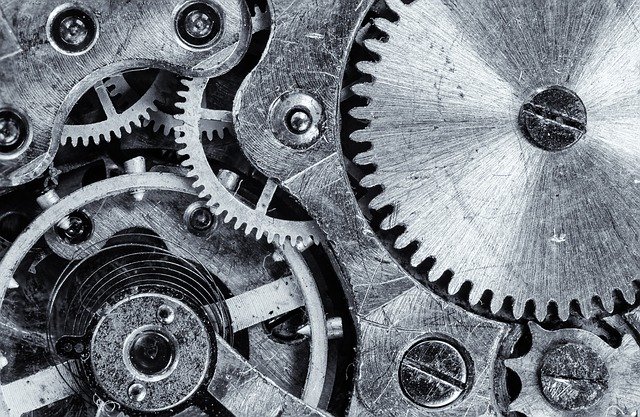 In this latest The New Stack Makers podcast recorded live at IFX2019 in Downtown Las Vegas, Zachary Smith, CEO and co-founder of Packet, and Ivo Rook, senior vice president at telephone company Sprint, discussed how bare metal fits into the emerging Internet of Things. The Dec. 4-5 event was Packet’s second annual vendor-neutral infrastructure conference and ran at the same time as AWS Re:Invent.

A metaphor Rook used to describe bare-metal deployments for Sprint, a Packet customer, came from his daughter who had to tell her grade school class what her father did for a living: she said her father was a “machine whisperer.”

The metaphor fits well because it aptly reflects what bare-metal machines “try to tell you,” Rook said. “An individual machine cannot tell you much, but what machines tell you only start to make sense when you do two things: Number one is you start to listen to all of them at same time, and number two is you start to learn what they tell you because, contrary to humans, machines talk to us in very simple ways,” Rook said.

Bare-metal machines, for example, relay information about errors, temperature and pressure. These data points “start to make an enormous amount of sense when they all start to talk to you at the same time in a certain context,” Rook said. “If you want to listen to machines and interpret what they say at scale anywhere in the world, you can only productize that and run it at scale if you run a cloud infrastructure,” Rook said. “This means your network needs to run software, you need to accept the lowest level of automation and the highest level of compute and storage availability anywhere you want it to be — and then you gravitate towards bare metal.”

In many ways, bare metal has emerged as a core component in computing and at-scale network infrastructures. “The underlying way I like to think about it is people have a lot of opinion about their application. These are high-performance [infrastructures that involve] a crazy amount of fidelity and trying to act in real-time to turn all this information as some sort of actionable event,” Smith said. “And in order to do that, you have to control your application to a high degree, by being able to put any type of application you want directly next to the network. That’s why you have to have an infrastructure substrate that is the lowest-level and the most common denominator you can get.”

These types of high-performance infrastructures are a challenge to implement since, among other things, because bare-metal devices are often installed in different locations. “You might need to put [bare metal devices] in different cities or you might need to put it within an actual enterprise, maybe on a factory floor,” Smith said. “How are you going to guarantee to move an entire virtualized complex cloud to a factory floor? What do you need to do is find the lowest common denominator and what that equals is bare metal.”

Feature image by Pavlofox from Pixabay.