Pancakes Are Delicious and Data Centers Are for Free Stuff 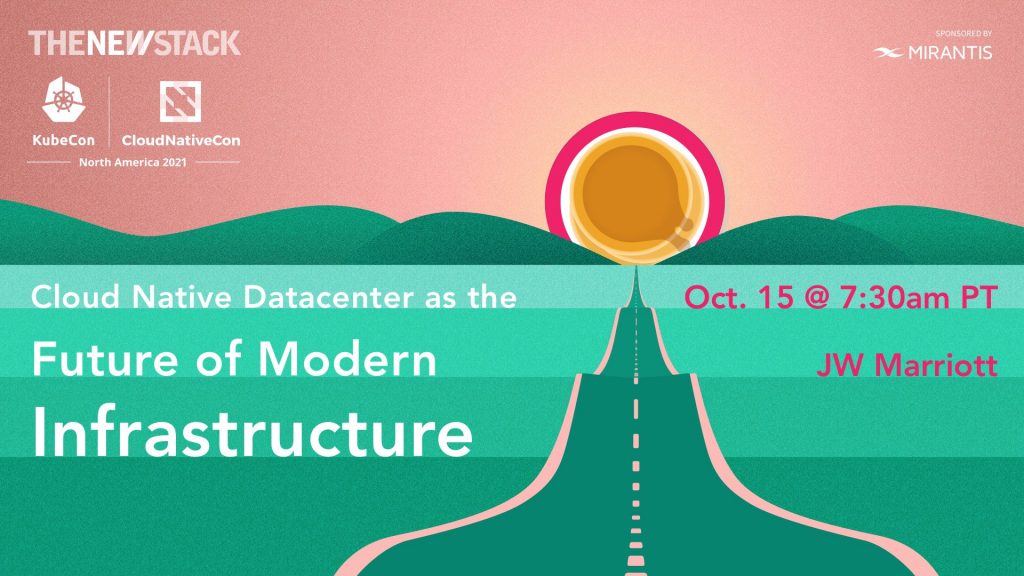 The data center is a building with racks of servers, networking gear, raised floors with cables flowing underneath, and transformers to direct power flowing off the municipal grid.

One argument: free software. Free, open source software is built by lots of developers who then share it with anyone who wants to use it. It then gets integrated into services that are core to how we live and work. In the cloud native world, these open source technologies are the base for what we are witnessing as one of the great renaissances in enterprise software markets.

The name of the game is scale. And the software that can scale is often free and open source but costs billions to run on cloud services, data centers and devices. The cost of scale is incurred by the consumer, be they a developer, a DevOps engineer, or one of the billions of end users like you and me.

With anything free and pretty decent quality, you’re going to need excellent infrastructure. It may not the newest and shiniest, but the hardware has to be capable to manage modern workloads with considerations for issues such as latency. Of course, the software has to be coded well so it does not waste hardware resources. Open source components have to run on any node imaginable. That may be a server in an enterprise data center or an observability service for a network running microservices. The costs add up.

Open source software and scale is a reality of almost any form of software development, which leads to a few questions that we are thinking about in prep for our pancake breakfast with Mirantis on Friday, Oct. 15 in Los Angeles at KubeCon+CloudNativeCon.

Like open source software, our pancakes are free (and delicious), but I digress.

Here are some of the discussions we look to foster:

At the Open Source Summit in September, Linux Foundation Executive Director Jim Zemlin said that in 2016, applications on average had 86 open source software components. Today, the average number of components is 528.

In the days that REST APIs became popular, circa 2006-2007, companies like Twitter emerged and built APIs that allowed anyone, really, to access the data on their platforms. All that API traffic with unprecedented loads made at-scale susceptible to outages. Twitter later adopted Mesos, a young open source project out of the University of California at Berkeley. Over time, Twitter built an open source stack that could scale in their own data centers with a bit of Google Cloud for Hadoop clusters and cold storage.

Today, scaling out means even the hardware is needing to be made in new forms. The hardware is often custom-built — not open source yet, but with projects like RISC-V, that train is coming to the hardware market, too.

Kubernetes became the successor to Mesos. Today, cloud native architectures are pretty much built on container infrastructure. But how can companies really leverage open source without investing all their resources into the effort? Do you really have to do it all yourself? I think that’s the question Mirantis is poising with its data center as a service concept. Build an open source infrastructure in your own data center and then leverage the compute, network and storage of the cloud.

Is that the future? We look forward to discussing over a short stack with The New Stack at KubeCon in Los Angeles.

Alex Williams is founder and editor in chief of The New Stack. He's a longtime technology journalist who did stints at TechCrunch, SiliconAngle and what is now known as ReadWrite. Alex has been a journalist since the late 1980s, starting...
Read more from Alex Williams
SHARE THIS STORY
RELATED STORIES
Meet SIG Cluster Lifecycle and Cluster API Maintainers at KubeCon How Intuit’s Platform Engineering Team Chose an App Definition Driving Digital Experiences via Cloud Native Applications What Do 'Cloud Native' and 'Kubernetes' Even Mean? How Paylocity Scaled Up Community in the Cloud with MongoDB
The Linux Foundation and Mirantis are sponsors of The New Stack.
TNS owner Insight Partners is an investor in: Mirantis.
SHARE THIS STORY
RELATED STORIES
The Latest Milestones on WebAssembly's Road to Maturity Break Your Bottlenecks: Don't Let Kafka Challenges Hold You Back How Boeing Uses Cloud Native Spotify's Backstage: A Strategic Guide What Do 'Cloud Native' and 'Kubernetes' Even Mean?
THE NEW STACK UPDATE A newsletter digest of the week’s most important stories & analyses.
The New stack does not sell your information or share it with unaffiliated third parties. By continuing, you agree to our Terms of Use and Privacy Policy.