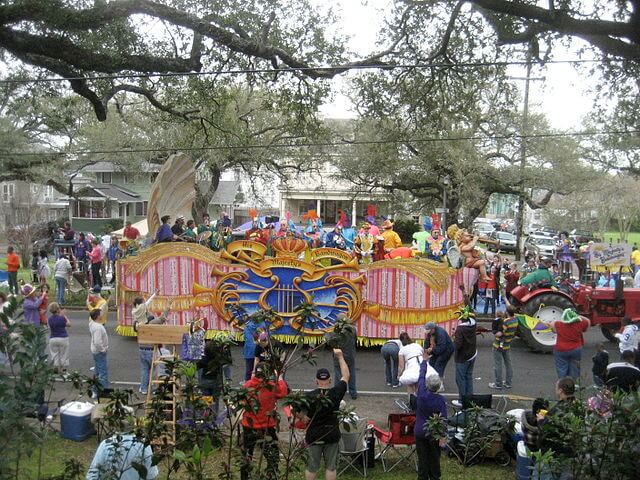 Unlike some other publications, we did not interpret McKinsey’s recently released ITaaS Cloud Survey findings as a ringing endorsement of the public cloud. Nay, the data doesn’t show that at all. Instead, the data shows that large enterprises have been playing catch-up.

To determine how far along a company is in their cloud migration, McKinsey asked over 800 CIOs and senior IT executives if at least one corporate workload was primarily run on a particular cloud tier. For large enterprises, only 24 percent were using a virtual private cloud in 2015, but that skyrockets to 71 percent in 2018. Ditto public cloud, with large enterprise use going from 10 percent in 2015 to 51 percent in 2018.

Those huge jumps, from 24 to 71 and 10 to 51, do not indicate that a digital transformation is underway. Instead, it means these large enterprises are catching up to the technological and economic reality that smaller companies had already arrived at. 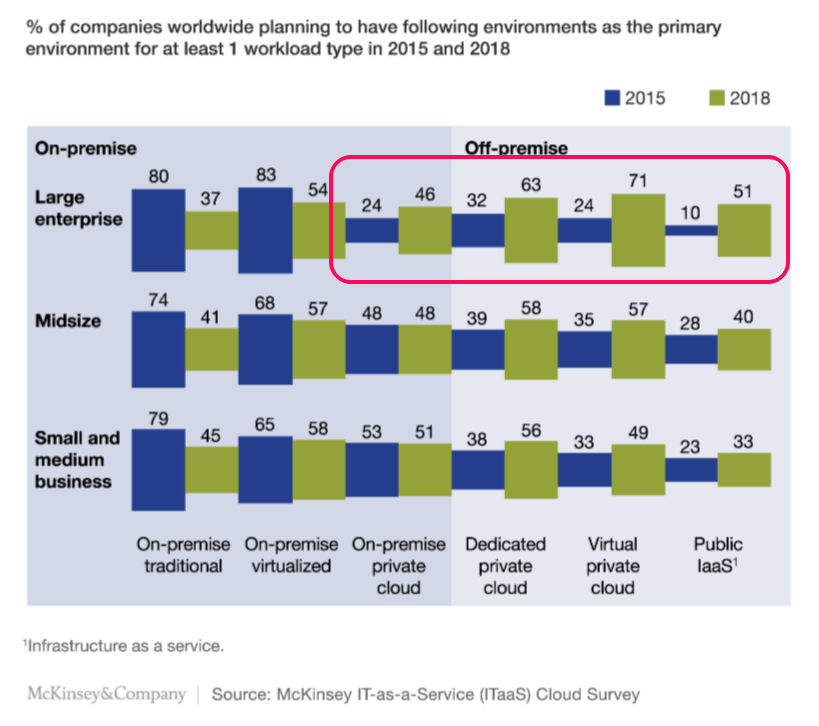 Corporations can have hundreds, even thousands of workloads. However, just because a company primarily runs one type of workload in the public cloud does not necessarily migrate will migrate others. A good source for information on this subject is the book Types of Workloads in a Hybrid Cloud,  by Judith Hurwitz, Marcia Kaufman, Fern Halper, Daniel Kirsch.

Keep in mind, 2018 is still a year and a half away. Although McKinsey survey participants expect some of their workloads to move to the public cloud, if that will actually happen is yet to be determined.

So what does this mean for the leading edge developer? The startup focused on serverless infrastructures? It is a reality check. Your market is growing by leaps and bounds. Traditional markets are shrinking. Yet, enterprise IT is a dinosaur and a glacier. Over the next year or two, get your foot in the door but don’t expect to make a sale just yet.

Lawrence has generated actionable insights and reports about enterprise IT B2B markets and technology policy issues for almost 25 years. He regularly works with clients to develop and analyze studies about open source ecosystems. In addition to his consulting work,...
Read more from Lawrence E Hecht
SHARE THIS STORY
RELATED STORIES
Generative AI: How Companies Are Using and Scaling AI Models Qlik Plans to Acquire Talend. Is it a Data Management Double-Dip? A Platform Team Product Manager Determines DevOps Success Poisoned Lolip0p PyPI Packages Crypto Winter Puts Dampener on Web3 Developer Growth
SHARE THIS STORY
RELATED STORIES
Qlik Plans to Acquire Talend. Is it a Data Management Double-Dip? Google Brings Rust into Chromium Project What’s Platform Engineering? And How Does It Support DevOps? OpenSSF Aimed to Stem Open Source Security Problems in 2022 Azure Went Dark
THE NEW STACK UPDATE A newsletter digest of the week’s most important stories & analyses.
The New stack does not sell your information or share it with unaffiliated third parties. By continuing, you agree to our Terms of Use and Privacy Policy.