Parity Check: Don’t Be Afraid of Your Shadow IT, Yet 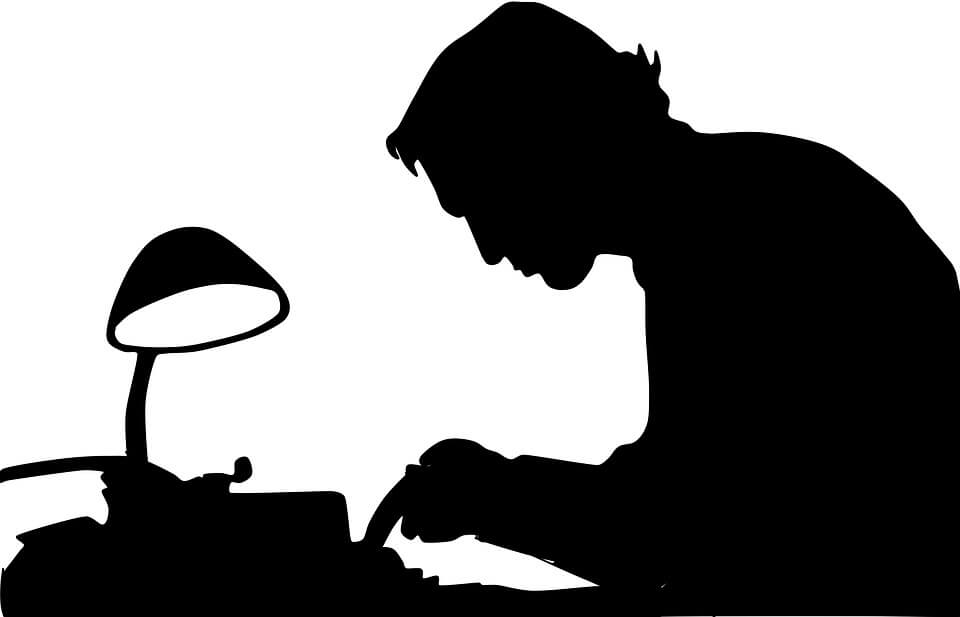 Shadow IT is not growing. Business units’ control of IT spending is not a big problem, at least not yet.

These are controversial assertions, but Gartner 2016 CIO Agenda Survey reports that 83 percent of IT spending is controlled by enterprises’ IT organization, up from 79 percent in 2015 and 62 percent in 2012.

If shadow IT spending is dropping, why does Gartner analyst Kurt Potter say it should increase in his CIO Narratives for Business Unit IT Strategies presentation? His answer is that spending by lines of business (LOBs) supposedly drives digital transformation. Yet, this entire argument partly contradicts Gartner’s vision of bimodal IT, which depicts the twin spending models as a way to stimulate tech innovation.

Is Shadow IT Spending Declining?

Shadow IT goes by many different names, but it usually describes spending on technology by LOBs in which the IT department in not involved. Rogue IT might be a better term because it refers specifically to unauthorized spending. If a business unit’s budget pays for a computer, but the IT department supports it, then it’s not shadow spending. Spending on marketing technology is skyrocketing, but that does not mean that CIOs are not involved with those purchases.

By 2020, half of all IT spending at large enterprises with digital business aspirations will occur at the business-unit level.

Gartner’s data is based on a survey and does not reflect a real tally of IT spend. Real spending figures from an IT finance department or software like Apptio would present more accurate results but are rarely made publicly available. Several years ago, consulting company CEB used a bottom-up budget analysis to show that while CIOs thought they controlled 80 percent of IT spending, in reality, the figure was closer to 60 percent. Last year, Cisco found a similar disparity. The CIOs they surveyed estimated there to be 51 cloud services running in their organization, but Cisco’s analysis of network traffic says the number is 730.

IDC’s Worldwide Semiannual IT Spending Guide: Line of Business looks at 1) projects funded by IT and 2) projects funded by technology buyers outside of IT. Since most of their research is behind a paywall, we can’t tell if there has been a drop in spending. However, they do report that the percentage of corporate IT spending controlled by LOBs in 2015 depended on where the company is located:

It is possible that CIOs have gained more control over enterprise IT spending. If this is the case, then rogue software and cloud purchases may have dropped. Another possibility is that those contracts have been transferred to the IT department for ongoing management and support. In this scenario, LOBs directly purchase from a SaaS subscription or cloud service. In these situations, the CIOs and the rest of the company will also look for areas where cost-savings and better performance can be achieved by consolidating a limited number of activities into back into a shared services delivery model.

Another explanation for the reported drop in IT spending by LOBs is that CIOs may just not be as concerned about shadow IT as they were several years ago. In other words, since there are fewer articles in the tech press about shadow IT, CIOs are less likely to be paying attention, or to have done a soul-searching spending audit in the last year. Consequently, they may have forgotten about some of the spending within business units. Finally, it is possible that companies have reduced business unit spending on purchasing mobile devices because of the BYOD trend.

Why Shadow IT is Still a Relevant Subject

Potter’s presentation says that by 2020, half of all IT spending at large enterprises with digital business aspirations will occur at the business-unit level. Digital business is a vague term, but it is doubtful a CIO would deny it is part of their future strategy. That being said, he is correct in his assertion that when business units pay for IT, they become more agile in their efforts to innovate.

According to SIM International’s 2015 IT Trends Study, when asked to rank their top concerns, IT management there has been a significant jump in those that say agility/flexibility of IT (from the #13 concern in 2014 to #7 in 2015) and innovation (#8 to #4). However, IT management continued to say that alignment of IT and/with the business continues to be the top concern, cited by 42 percent.

Note that there is a difference between agility of IT to deliver services and the ability of business units themselves to be agile. Similarly, there is a difference between innovating with technology models and with digital business strategies. The New Stack plans on investigating these differences in the future, but it is noteworthy that Gartner’s bimodal model of IT delivery focuses technology innovation. 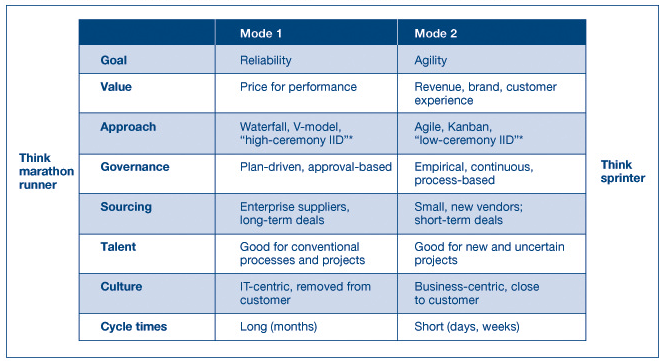 In Gartner’s view, Mode 1 focuses on stability and Mode 2 focuses on speed and innovation. Mode 1 is similar to Forrester’s IT MOOSE management term, which describes non-discretionary expenses that are required to keep an IT department running. MOOSE stands for maintain and operate the organization, systems and equipment. Sometimes cloud native solutions and DevOps processes may be considered as forms of Mode 2, but that is debatable. Dion Hinchcliffe wrote a coherent review and analysis of the backlash towards the bimodal buzz.

The structure of IT and how it is delivered definitely affects agility and the ability to innovate. Measuring this is difficult. However, just because we believe cloud computing has fundamentally changed how IT is structured does not make it so.

In the future we will look at real data about how IT teams are being reorganized and about who is making decisions about technology is being spent. 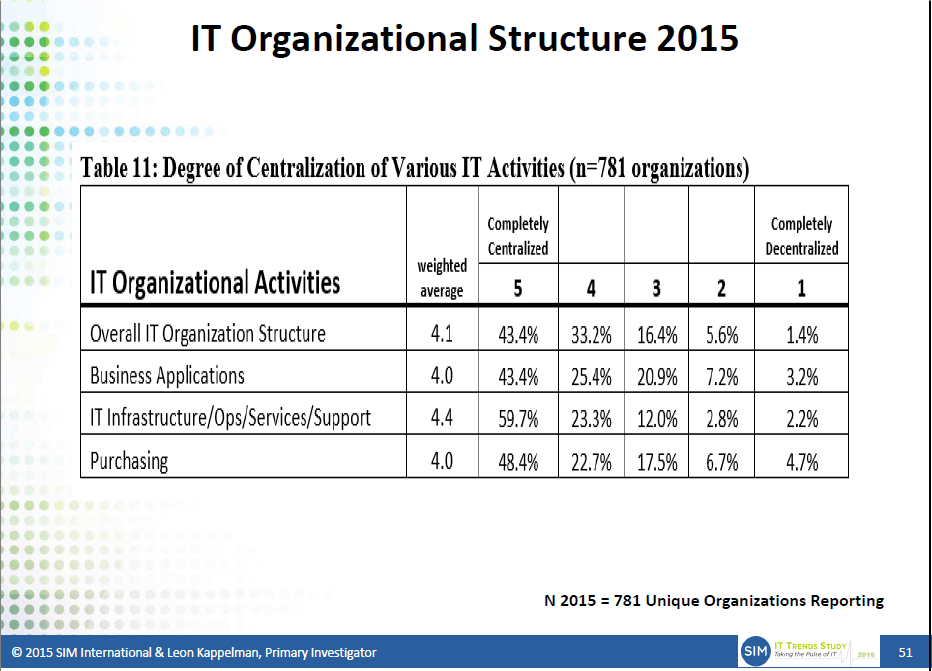 60 percent of IT infrastructure/ops/services are completely centrally controlled.

Lawrence has generated actionable insights and reports about enterprise IT B2B markets and technology policy issues for almost 25 years. He regularly works with clients to develop and analyze studies about open source ecosystems. In addition to his consulting work,...
Read more from Lawrence E Hecht
SHARE THIS STORY
RELATED STORIES
GPTZero: An App to Detect AI Authorship State of the API: Monetizing API Deployment Is on the Rise A Platform Team Product Manager Determines DevOps Success Anil Dash on Mastodon Joining Fastly’s Open Source Program How New Sony AI Chip Turns Video into Real-Time Retail Data
TNS owner Insight Partners is an investor in: Unit, The New Stack, Real.
SHARE THIS STORY
RELATED STORIES
Improve the Quality of Your APIs with Spectral Linting 5 Security Principles to Guide Your DevSecOps Journey State of the API: Monetizing API Deployment Is on the Rise Generative AI: How Companies Are Using and Scaling AI Models Boost Customer Engagement with Real-Time Data
THE NEW STACK UPDATE A newsletter digest of the week’s most important stories & analyses.
The New stack does not sell your information or share it with unaffiliated third parties. By continuing, you agree to our Terms of Use and Privacy Policy.