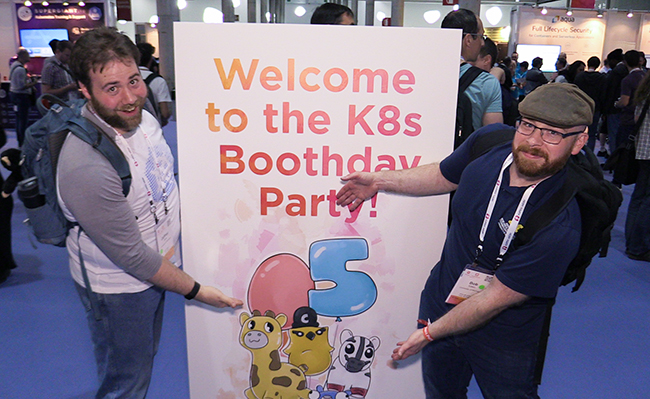 My, how you’ve grown! Kubernetes turns five years old today, according to The Cloud Native Computing Foundation. Rarely has an open source project has made such an impact in such a short period of time. Today, it is the most heavily supported open source project on Github, with over 75,000+ commits and 49,000+ stars. And it has made inroads into the enterprise as well, with about 54% of Fortune 100 companies using it some form.

The moment didn’t go uncelebrated at Kubecon + CloudNativeCon Europe in Barcelona, Spain in May. Here are photos of some of the attendees who gathered in the sponsor showcase for the K8s “Boothday” Party. 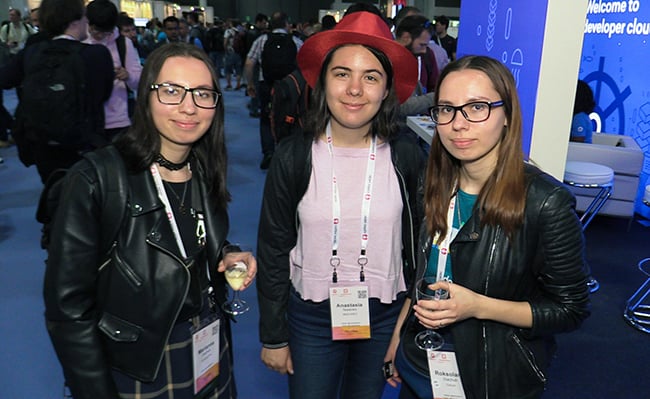 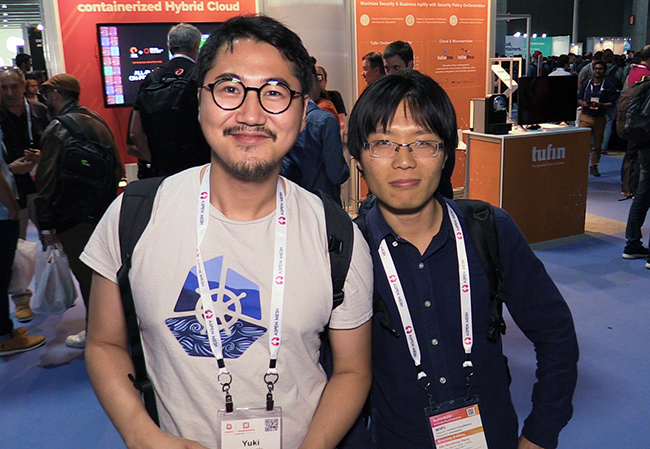 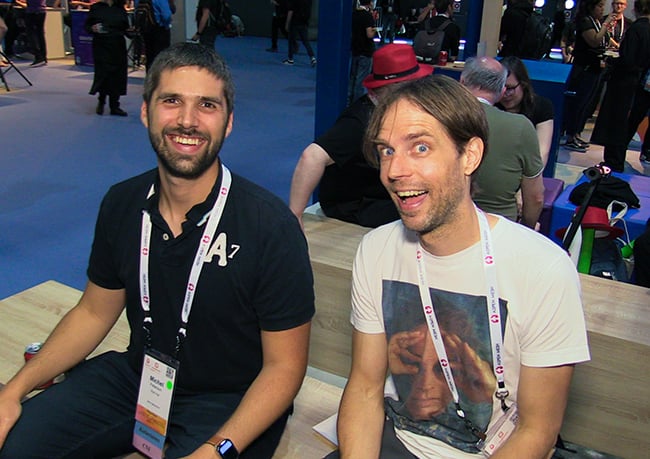 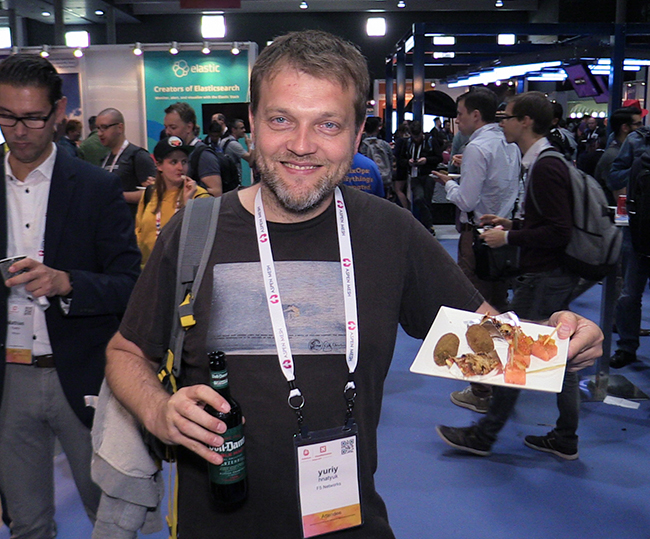 Chowing down with Yuriy Hnatyuk of F5 Networks 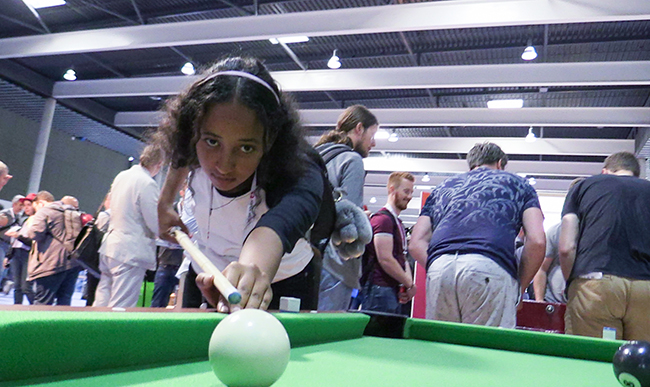 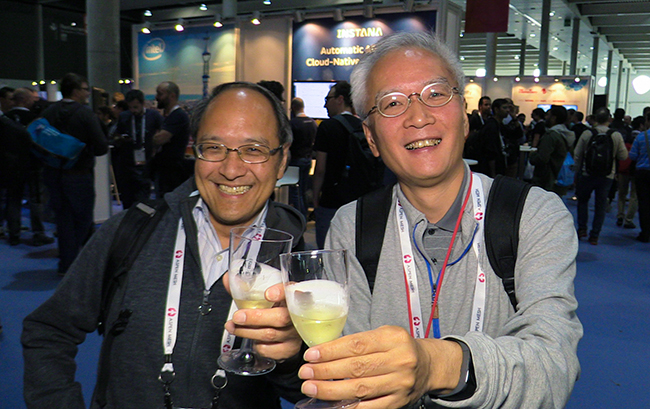 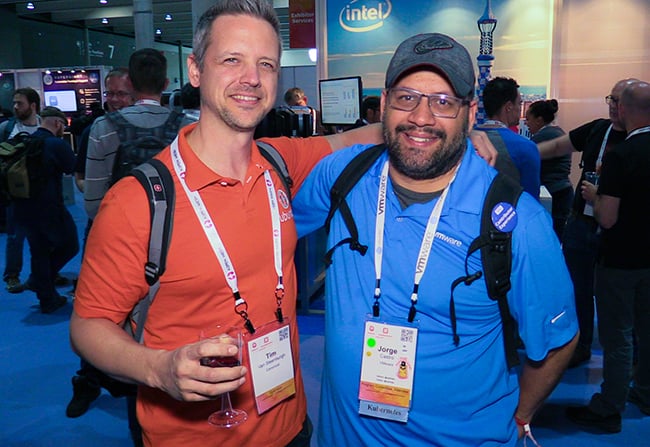 Feature Image: A “Wolverine Welcome” to the party from (l to r) Jeffrey Sica and Bob Killen from the University of Michigan