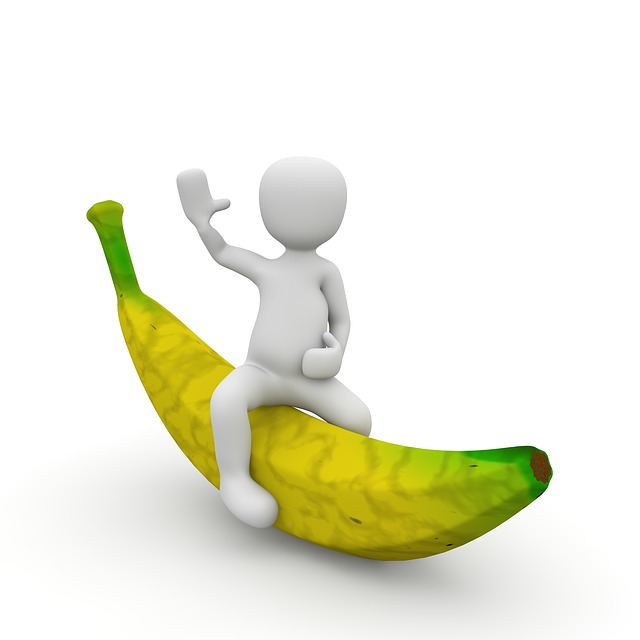 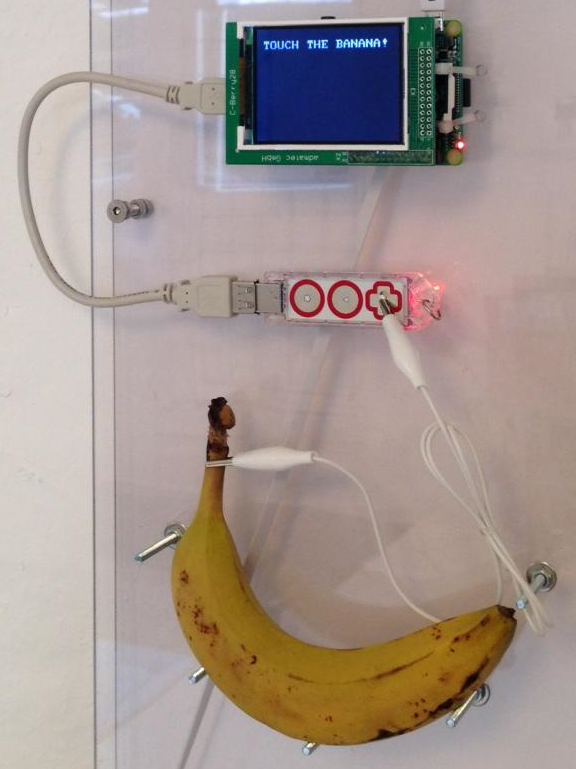 Thursday morning a network administrator in Denmark posted an update about his latest project — a banana which dispenses Wi-Fi passwords. “The banana is mounted and in production,” he posted to Reddit, sharing two pictures.

The banana uses a special circuit board from Makey Makey to form a connection between the banana and a cheap Raspberry Pi computer with a screen attached. And sure enough, an animated .gif shows that pressing the banana really does trigger the displaying of a new Wi-Fi password.

“It’s fun,” posted the network administrator, whose handle on Reddit is SysVival. In response to the inevitable question —which boils down to “why” — he replied that “It’ll make people smile. It beats a static WPA password in funnyness.”

And most importantly, “when people leave our office, they can’t access our WI-Fi because there’s no banana to touch.”

The secret ingredient appears to be Makey Makey’s GO, a new $19 version of their thing-enabling circuit board. A promotional video shows it detecting finger presses on a doughnut, an apple, and even Jell-O. And yes, it also shows finger presses being detected on a banana.

The touch of a human finger creates a tiny electrical connection, which then changes the banana’s capacitance, and that change can be detected by the circuit board. SysVival’s pictures show a pin cable resting on the banana, and the circuit board’s USB stick connects it to the Raspberry Pi.

“The computer just thinks you’re touching the keyboard or a mouse,” Makey Makey explains in their video, which helped them raise nearly $200,000 last summer through a KickStarter campaign. But their new devices didn’t begin shipping until last month — and it was only this week that one was used to create an event-enabled banana.

And this particular network administrator has a wicked sense of humor. The actual web page where users enter their password features a dog in the background licking the screen.

His last project was a network-controlled rotor light, which alerts the help desk about unclosed tickets with a flashing red light reminiscent of a police car. “I made a cron job that runs every five minutes,” he explained on Reddit, “which makes the red light flash for five seconds if there are any unsigned tickets in Zendesk.” The lights cost $15, and were activated with a simple TCP-enabled power relay that cost $49.

“These would be super obnoxious,” someone responded on Reddit.

“That’s what I’m aiming for,” the network administrator replied.

His banana hack first appeared Monday in Reddit’s sub-forum for Enterprise Networking links — and quickly became the forum’s most popular link of the last 12 months and its second most popular link of all-time. “I’m the Steve Jobs of bananas,” the network administrator joked at one point. And he swears that he’ll never change the banana, so that passwords will ultimately be dispensed only by touching an old brown banana, surrounded by fruit flies, representing yet another new milestone for the Internet of things.

“If you want Wi-Fi, you gotta touch it. No matter how smelly it is, YOU TOUCH IT!!”