In These Past 25 Years, Linux has Changed the World Around Us 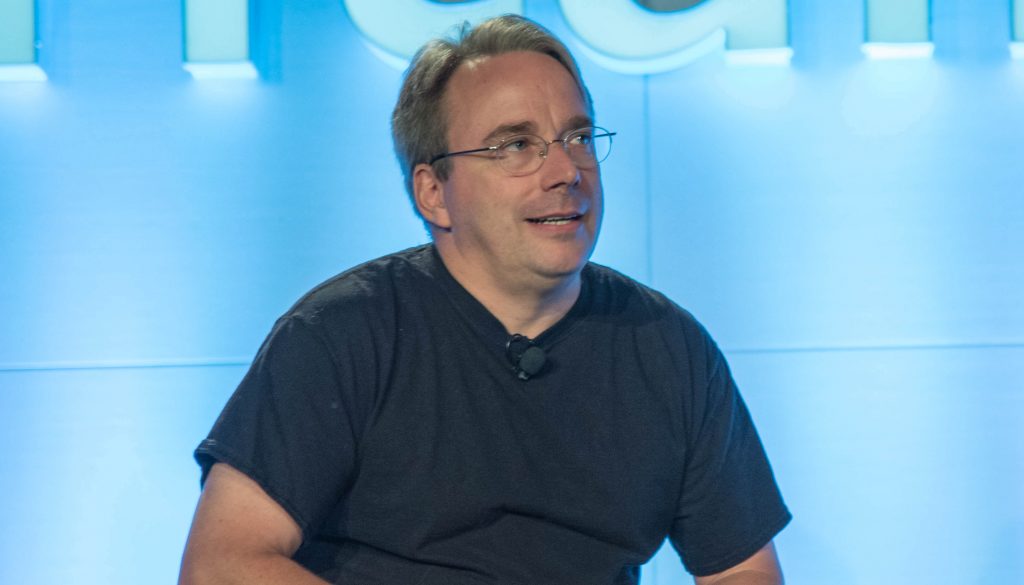 That was only the announcement of the project that he was working on. Linus released the first version of Linux a few weeks later in September, but there was no official announcement of it. He just emailed the people who were interested in it. It leads to a bit of discussion as to which date is the official birthday of Linux. Torvalds settles it by stating that August 25, 1991 is the official date.

The initial release of the kernel was roughly 10,000 lines of code. According to the latest Linux Kernel Development report published by the Linux Foundation, the size of the kernel has increased to 22 million lines of code. Who is writing all of this code? Not Torvalds. In an interview, he said that he does very little coding and mostly ‘manages’ the project. “Since 2005, some 14,000 individual developers from over 1,300 different companies have contributed to the kernel,” stated the report. Some of the top commercial contributors to the code include Intel, Red Hat, Linaro, Samsung, SUSE, IBM, Google…and many more.

The report also admitted that the number of unpaid contributors is going down; the volume of unpaid contributors has been declining for a few years now. One possible  reason is that submitting patches to the mainline kernel is also seen as a resume, which translates into jobs. Since there is a short supply of Kernel developers, if a company notices talent it picks them up and that contributor moves from unpaid category to the company sponsored category. L.J. Brock, now the chief people officer at Citadel LLC, once said in an interview, “If you do great work on an open source project, it’s likely that technology companies will notice.”

The short answer of who is using Linux is, almost everyone.

“Linux has become the world’s most widely adopted software, coming to dominate the high-performance computing market, the computers that run weather forecasting systems, climate modeling, economic modeling, all the big game systems that are out there today. It’s the dominant platform for mobile devices, powering Android, embedded systems, and more,” said Jim Zemlin, the executive director of the Linux Foundation. “It runs the global economy quite literally. It runs the vast majority of stock exchanges. It runs the vast majority of the internet, powers things like Google, Facebook, Amazon, and much, much more.

One of the greatest contributions of Linux to the world is that it made commercial entities comfortable with open source. Its success has paved the path for other open source projects to find their ways to corporate streets.

Linux has also changed the way companies develop code. Now arch rivals like Google, Facebook and Amazon collaborate on improving the code which powers their infrastructure. In Zemlin’s words, Linux has also proved “that you can better yourself by bettering others at the same time.”

“I think what Linux has done and broadly, what we’re seeing continue to innovate around open source, is really develop a better way to harness and distill the best ideas,” said Red Hat CEO Jim Whitehurst during his keynote at LinuxCon North America 2016.

But it goes beyond software development. In a discussion, Karen Sandler, the executive director of the Software Freedom Conservancy told us that the success of Linux in these 25 years has been proof of the concept of copyleft. “I would like to see that extended to more free and open source software projects, the full experiment of copyleft has never really been tried.”

The success of Linux in these 25 years has also created or has been a catalyst in the creation of new business models. Now software is not a product that is sold in a box with licenses. Companies are creating business models ‘around’ software, around Linux and open source. Red Hat is the most successful software company that makes more than $2 billion in revenue per year ‘around’ Linux and open source.

Linux has also enabled a much richer and open ecosystem which breaks vendor lock-in. Instead of just one vendor selling and supporting the software, the open source development model that’s championed by Linux allows for multiple vendors to bring value to the market around the same software project. While there is only one Microsoft and only one Apple in the proprietary world, there isn’t just one Red Hat in the Linux world. There is SUSE, and there is Canonical who are both thriving on the same business model around Linux.

And there isn’t just one business model.

Peter Levine, general partner at Andreessen Horowitz, for example, considers Facebook as one of the biggest open source companies that has created a totally different monetization mechanism around open source and Linux.

Sharing Vision not Just the Code

In a conversation, Linus told us that Linux is different from the traditional software development model because there is no single vision that comes from the top, from him. People and companies come with their own vision about what they want to do with Linux, where they want to go. Linux doesn’t just spread the coding effort it also spreads and distributes the vision effort too. As as result, there is not one vision, but tons of visions.

Linus doesn’t have a roadmap. Linus does not plan for the future. He said that he keeps his eye on the release he is working on, nothing beyond that. It’s those companies using Linux that have those roadmaps and plans where they want to go, where they want to be in the next 10 years. The development model of Linux enables them to do that.

During a TED talk Torvalds said that while everyone is staring at the stars, he keeps looking at the ground, looking for potholes, fixing them before someone falls in.

That’s who the father of Linux is.

Swapnil is a journalist and writer who has been covering Linux & Open Source for 10 years. He is also a science fiction writer whose stories have been broadcast on Indian radio and published in leading Indian magazines.
Read more from Swapnil Bhartiya
SHARE THIS STORY
RELATED STORIES
Entrepreneurship for Engineers: Painkiller or Vitamin?  Rust and the OS, the Web, Database and Other Languages Create a Local Git Repository on Linux with the Help of SSH How Do We Protect the Software Supply Chain? Need to Scale Apache Kafka? Switch to Apache Pulsar
SHARE THIS STORY
RELATED STORIES
CEO Raj Dutt Interview: The Grafana Experience Will Change Devs Are Excited by ActivityPub, Open Protocol for Mastodon The Quest for High-Quality Kubernetes Deployments How Boeing Uses Cloud Native Improve your TypeScript Skills with Type Challenges
THE NEW STACK UPDATE A newsletter digest of the week’s most important stories & analyses.
The New stack does not sell your information or share it with unaffiliated third parties. By continuing, you agree to our Terms of Use and Privacy Policy.