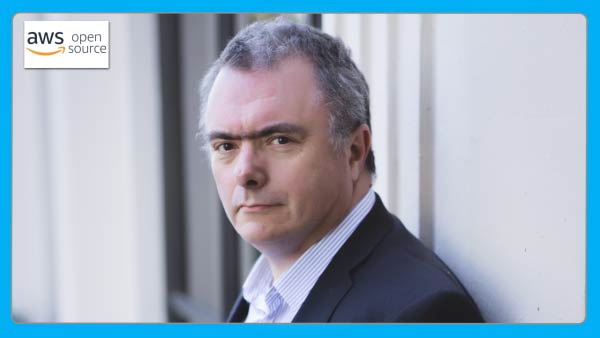 Paul Vixie grew up in San Francisco. He dropped out of high school in 1980. He worked on the first internet gateways at DEC and, from there, started the Internet Software Consortium (ISC), establishing internet protocols, particularly the Domain Name System (DNS).

Today, Vixie is one of the few dozen in the technology world with the title “distinguished engineer,” working at Amazon Web Services as vice president of security, where he believes he can make the internet a more safe place. As safe as before the internet emerged.

“I am worried about how much less safe we all are in the internet era than we were before,” Vixie said in an interview at the Open Source Summit in Dublin earlier this month for The New Stack Makers podcast. “And everything is connected, and very little is understood. And so, my mission for the last 20 years has been to restore human safety to pre-internet levels. And doing that at scale is quite the challenge. It’ll take me a lifetime.”

So why join AWS? He spent decades establishing the ISC. He started a company called Farsight, which came out of ISC. He sold Farsight in November of last year when conversations began with AWS.

Vixie thought about his mission to better restore human safety to pre-internet levels when AWS asked a question that changed the conversation and led him to his new role.

“They asked me, what is now in retrospect, an obvious question, ‘AWS hosts, probably the largest share of the digital economy that you’re trying to protect,” Vixie said. “Don’t you think you can complete your mission by working to help secure AWS?’ “The answer is yes. In fact, I feel like I’m going to get more traction now that I can focus on strategy and technology and not also operate a company on the side. And so it was a very good win for me, and I hope for them.”

Thanks Paul — you are a hero to many. Here’s to your next run at AWS.