How Peace Through Prosperity Uses Agile Methodology to Fight Terrorism 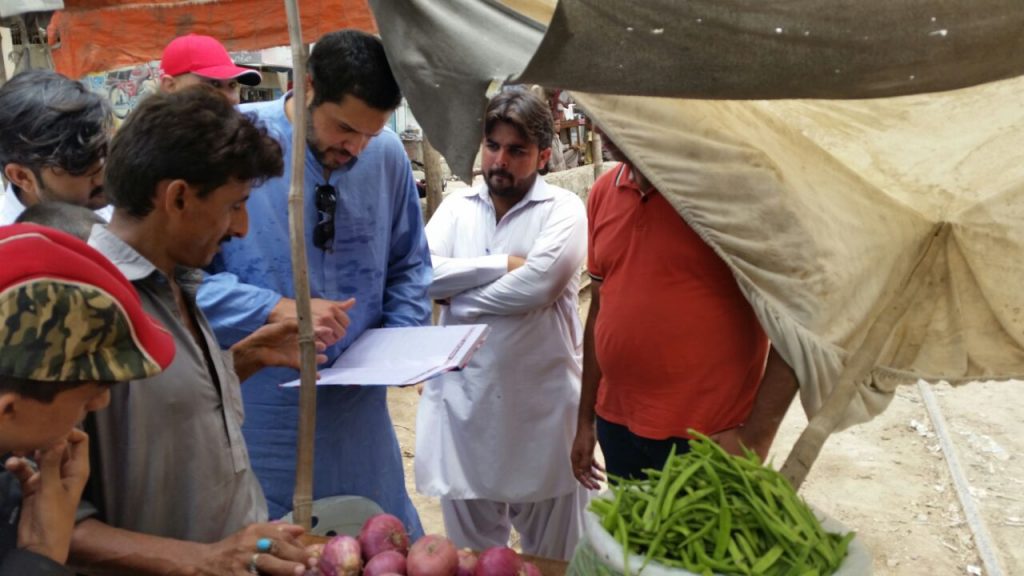 There’s no doubt there seems to be a lot of horrible things happening lately by a tiny group of radicals that claim to be doing God’s work. The work of the so-called Islamic State or ISIS has attracted some members of the millennial generation that have been left behind, with little hope for success. What if a solution that has helped software companies small and large accelerate growth can help communities with at-risk ISIS recruits? This is what Kubair Shirazee has spent the last few years pursuing in Pakistan with his project Peace Through Prosperity.

Today we tell the story of Peace Through Prosperity and how the steps its team apply the agile methodology to fight terrorism, one micro-business at a time.

Bringing Agile to the Poorest Neighborhoods

In 2010, Shirazee “started researching the narrative of hate — what turns normal people into monsters? And I started with what I know, agile and experimentation.”

He was discussing with a man in a coffee shop how we have sent a robot to Mars but still have people starving. This is what draws some people to radical change by extreme measures because it’s a promise of something better when change is needed most.

“It’s such an easy narrative to sell given their circumstances. They want social change. Most of them are hard working people and they just don’t get anywhere,” Shirazee told The New Stack.

He calls these people “entrepreneurs of circumstance.”

“If they don’t go out and do something to earn money, they are going to starve. [They] hustle, do whatever is necessary,” from selling IKEA catalogs to shining shoes. Shirazee continued, “Anything and everything I can do to make an honest living. They aren’t snatching purses, which would be easier. They are trying to do something but that makes it frustrating even more.”

Add to this, cities like the 27-million-person Karachi make for an optimally crowded place for terrorists to hide among poor communities, offering sympathy and promising change. In 2014, Shirazee canvassed seven neighborhoods — those that the police told him to avoid — identifying alpha males and political activitists who were unemployed but active in the community.

Then, he offered people he met an alternative to poverty — he would pay to join a mini-MBA, two hours a day, five days a week, where students would learn basic financial bookkeeping, transport, how to calculate net profit.

“Don’t just put money in your pocket, you give yourself a salary — see growth,” he promised.

“They are very angry people, frustrated with life who don’t smile a lot — community is equally angry,” with Shirazee and his team teaching basic hygiene and the importance of smiling to your potential customers.

“If we can help people get somewhere, surely he would build a better future for his community.” — Kubiar Shirazee, founder of Peace Through Prosperity

And then comes the customization to grow their businesses. If you shine shoes, offer the men with ripped socks to buy new ones, Shirazee said. For the man selling bananas, instead of either tossing or trying to sell to your customer the rotten bananas, try instead selling them to the smoothie guy.

“Little things to change their world view or their business view,” Shirazee said.

They started with 28 people in Karachi, then 40 in three different locations. Then the project introduced coaching and consulting, an hour each week to reinforce in the field. Now it has become a four-month mini-MBA program.

This year, the effort had 11 employees working with 304 individuals, who have seen revenue growth of 24 percent and profitability growth of 94 percent.

It shows the ability to take agile methodology from the IT to the world.

How to Apply Agile Methodology Beyond Technology

How did the agile methodology help Peace Through Prosperity? The agile methodology is most present in and was made popular by the software development space. But really it’s about offering an alternative to traditional project management, offering a way to respond to unpredictability through incremental and iterative work.

Now, agilists can sometimes be fanatics of their own kind, prescribing exact adherence to the Agile Manifesto, but there are certain points that can apply to this and other projects:

Shirazee calls agile a worldview, not a set of how-to’s, but there are certain procedures and practices that can be borrowed from agile frameworks for any kind of business:

Peace Through Prosperity has applied several agile practices traditionally from the software development space both to the individual businesses and to the overall fight against radicalization, including:

Of course, if your team is new to agile software development, these steps can really be applied to your own project management.

Feature image from Peace Through Prosperity.