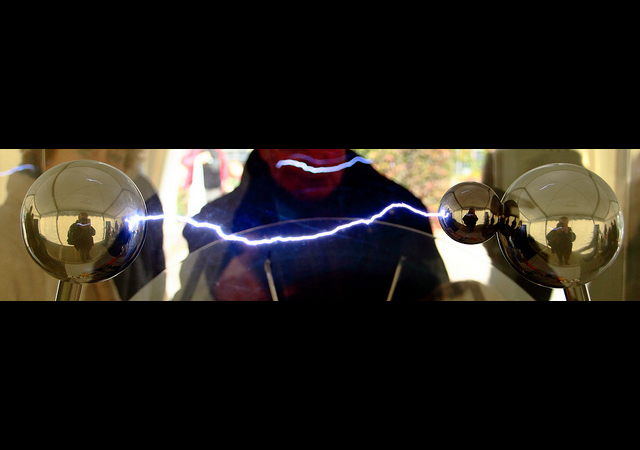 IBM Analytics’ Jean-François Puget, speaking at the Spark and Machine Learning Meetup in Brussels last October told of a company that built a prediction engine to reduce customer churn.

It produced a list of customers likely to cancel, and the company’s customer relations department called these customers in an effort to retain them. The calls, however, gave those customers an easier way to cancel, only accelerating the churn.

The predictions were accurate, though the consequences unintended, Puget noted to laughter in the room.

“We need to have a feedback loop. We need to measure the business consequence of the predictions,” he said.

And with models so much easier to create, he told the group, many of the pain points for companies trying to use analytics effectively are internal.

In another case, the data science team built a great model, then gave it to developers who recoded it in a different language for implementation. A few months later, the data scientists came up with a better model, but the developers had been reassigned and weren’t available for recoding, so the refined model was never implemented.

“It has to be a DevOps story,” he said, pointing out that the tools for creating a model might not be the same as the tools needed to deploy and operate the model, but there needs to be a continuous process.

Big Data integration and analytics vendor Pentaho recently announced that it is applying machine learning to these workflow issues.

“You can’t just feed data into models,” said Wael Elrifai, Pentaho director of worldwide enterprise data science. “Have to do feature engineering and data engineering… making sure data is consistent and meaningful and differentiating between data that’s scalar and vector and so on.

With integrations for languages like R and Python, and for machine learning packages like Spark MLlib and Weka, data scientists can continue using their favorite tools for training, tuning and testing. But working inside the Pentaho data analysis platform, it’s easier for different teams to collaborate because everyone’s using a common platform and they’re building data pipelines that can be used for different purposes, said Arik Pelkey, Pentaho senior director of product marketing.

The drag-and-drop interface makes it simple to deploy and run models within existing applications with embeddable APIs, and update models regularly.

“You can’t have static models; models have to evolve,” Elrifai said.

Yet updating is an area in which companies tend to slide. Only 31 percent of organizations use an automated process to update their models, according to Ventana Research.

In the years ahead, just having a lot of data about your business won’t translate into competitive advantage because everyone will have lots of data, Forrester Research analyst Brian Hopkins told an audience at AnacondaCON conference in February.

Companies that capture more and better data and use closed-loop systems that iterate on feedback will come out on top. He calls these “systems of insight.”

“Companies that bake an evolved data science into systems of insight will win,” he said.

Firms that bake an evolved #DataScience into their insight systems will win @practicingEA @forrester #Anacondacon pic.twitter.com/tl52R2H2Io

Insight-driven companies are growing at about 27 percent compound annual growth rate while the overall economy is only about 3 percent. Startups are growing even faster.

The trick is to find the right data and then use that data to take action.

“Anytime you apply an insight, there’s data being produced about the results of that insight, and firms are not capturing that data back into the process so they can learn and optimize around it,” he said.

Effective companies create insights from data, then test the insight and carefully instrument software and processes to iterate on that insight and capture more data for the next round of iteration.

He points to electric car-maker Tesla and online personal shopping service Stitch Fix among those companies effectively iterating on systems of insight.

He describes a cross-functional group of five to 15 data scientists, developers, data engineers and domain experts in an “insight-ops”-type of team supported by a technology manager whose job it is to get the right technology and the right data for the team, and who works for a business leader who has an outcome to own and a budget to spend on that outcome.

It has to be a team sport, he says.

“[Data scientists] are not separate teams that you toss requirements over the fence to; They are embedded into insight-driven businesses,” he said. “They’re the team driving the difference that creates the brand and value that drives corporate valuation.”

And they don’t start with, “Hmmm. I have a lot of data, what can I do with it?” They start by identifying the outcome and the metrics, and sometimes the interim metrics, that they believe will give them a competitive advantage.

They test that insight and toss it if it doesn’t pan out. They keep refining the insight using with data management, analytics and insight execution in a single platform that supports iterative, agile development, he said.

That platform has a Big Data foundation, a data pipeline made up of an analytics runtime — one place to run all your models — and insight execution framework made up of tools or microservices that allow you to deploy the components of an insight application and combine that flow with things like insight caches, graph databases, things that can hold the results of analytics. They use applications and software specifically instrumented to collect the specific data you need for the insight loop, he said.

Artificial or advanced machine learning can enhance the effort, he said, by helping you figure out what’s important about the data and prepare it for analytics, using more advanced algorithms to do feature engineering, greatly reducing the abstractions used to run tests and select the models that drive outcomes best and simplifying the process of customizing generic models to specific situations.

Susan Hall is the Sponsor Editor for The New Stack. Her job is to help sponsors attain the widest readership possible for their contributed content. She has written for The New Stack since its early days, as well as sites...
Read more from Susan Hall
SHARE THIS STORY
RELATED STORIES
Top 5 Considerations for Better Security in Your CI/CD Pipeline DevPod: Uber's MonoRepo-Based Remote Development Platform An Inside Look at What GitLab’s Web IDE Offers Developers The Main Goal: Secure the Application Workload CircleCI to Customers: Change All Secrets and API Tokens NOW!
TNS owner Insight Partners is an investor in: The New Stack.
SHARE THIS STORY
RELATED STORIES
EngFlow Harnesses Google Bazel for Faster Monorepo Builds Argo CD and Flux Are CNCF Grads: But What Now? A Look at Kubernetes Deployment GitHub Actions Were Vulnerable to Rust Artifact Poisoning DevPod: Uber's MonoRepo-Based Remote Development Platform
THE NEW STACK UPDATE A newsletter digest of the week’s most important stories & analyses.
The New stack does not sell your information or share it with unaffiliated third parties. By continuing, you agree to our Terms of Use and Privacy Policy.