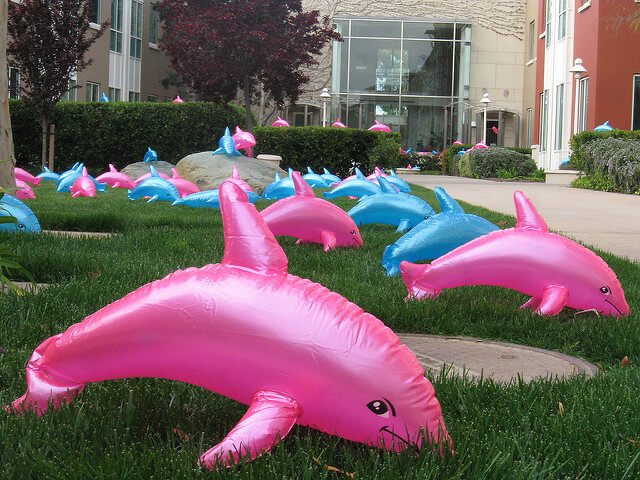 Durham, N.C.-based Percona continues to challenge Oracle directly with an update of its own MySQL distribution, one focused on high-performance.

Percona Server for MySQL 5.7 offers all the improvements found in Oracle’s MySQL 5.7 Community Edition as well as its own enterprise features aimed at greater visibility, performance and security.

“A lot of people really like Oracle in terms of engineering, but they don’t like how hard it is to support open source technology,” said Peter Zaitsev, Percona CEO. “[Oracle] is focused on building their enterprise add-ons as features, so [the commercial edition of MySQL]  becomes not an open source database.”

Oracle released MySQL version 5.7 in October, including new options for enhancing replication and native support for JSON (JavaScript Object Notation). The new version supports multi-source replication, allowing a single database system to get inputs from multiple databases, thanks to an improvement of Global Transaction Identifiers (GTIDs) and multi-threaded processing.

With previous versions of MySQL, Zaitsev explained to The New Stack at that time, throughput was limited due to the fact that all processing was handled by a single thread, running on a single core. Now MySQL can run across multiple cores in parallel.

Last April, Percona acquired database vendor Tokutek, which sold its own distribution of the NoSQL database MongoDB called TokuMX, and the storage engine TokuDB, which was already part of Percona Server. Zaitsev says that with MySQL and MongoDB, the company offers “all you need to succeed.”

Since the acquisition, Percona integrating the capabilities into its own products, Zaitsev said.

“Database storage engines don’t sound very sexy, but the features we’re working on are better performance, better scalability, high-level compression scaling to modern live-scale systems for high-scale storage, a lot of CPUs. Those are the main things on the roadmap,” Zaitsev said. “We look at performance not just in speed, but in all aspects, including employee performance. So making sure you stay up, stay secure, that’s also what we focus on.”

Percona was founded in 2006 by Zaitsev and Vadim Tkachenko. The two are co-authors, with former Percona performance architect Baron Schwartz, of O’Reilly Media’s “High Performance MySQL.”

Zaitsev managed the High Performance Group within MySQL AB, its Swedish founding company, and Tkachenko was performance engineer there until they formed Percona. Schwartz went on to form database monitoring service VividCortex.

Sun Microsystems bought MySQL AB in 2008, and Oracle acquired Sun in 2010, leading to much debate – and even a petition to stop the acquisition – over whether there would be an open source future for MySQL. With the Oracle buyout of Sun, original co-creator Michael “Monty” Widenius forked MySQL, launching MariaDB.

“A lot of people really like Oracle in terms of engineering, but they don’t like how hard it is to support open source technology” — Peter Zaitsev, Percona CEO.

Gartner included traditional relational database management systems (RDBMS), NoSQL, and in-memory databases in its Magic Quadrant report released in October, indicating a convergence in the industry. It ranked Microsoft ahead of Oracle among the leaders as well as Amazon Web Services, a new entrant to the category.

Percona and MariaDB were ranked as “challengers.” Gartner lauded Percona for its commitment to open source software – Percona contributes all its innovations to the community versions of MySQL and MongoDB — reported customer satisfaction and value.

However, raised questions about Percona’s competitive differentiation and limited focus on emerging market influences such as analytics and IoT.

Zaitsev says the company has a “broad take” on the technology it supports.

“We have a lot of customers running MySQL or MariaDB or Amazon RDS services in addition to Percona Server and Persona XtraDB Cluster. We are not a single technology company; we are a solution company, bringing the best solution to our customers,” he said.

As for analytics and IoT, he said.

“Open source offers a lot of technologies out there. We’re not trying to be the solution for every problem.

“We believe in helping our customers to deploy technology that makes sense. That’s why we bought the MongoDB business. We understand that not every problem is best solved through an SQL engine, just as not every problem is solved with a storage engine like MongoDB. With in-memory systems, there are some wonderful systems that exist out there, and we’re very happy to suggest one to customers if they need that. We believe MongoDB is a great storage engine for Internet of Things applications and that’s one of the workloads we’re working to make highly optimized.”

Earlier this month, Percona released experimental images for Docker running on Percona Server MySQL (version 5.6) and Percona Server for MongoDB, and Tkachenko has been blogging about CPI/network overhead and Docker overhead using those images. It’s working on images for MySQL 5.7 and still in the evaluation of Docker and other container formats.

The New Stack is a wholly owned subsidiary of Insight Partners, an investor in the following companies mentioned in this article: Persona, Docker.