How Super-Fast Light-Powered Nanosubmarines Could Deliver Your Drugs 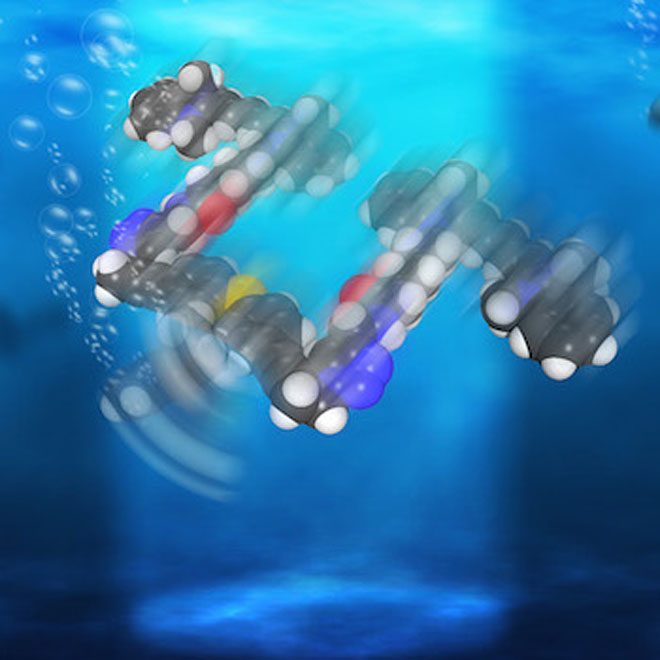 Nanoscale technology is likely to play a huge role in the future of medicine. But it’s not yet clear how these nano-sized devices will actually move through the body — after all, no one wants to swallow a battery and motor. So far, scientists have proposed solutions such as magnets, electrochemical reactions to protein-based motors as possible methods of locomotion.

Now you can add light-powered molecular motors to the list, thanks to a team of scientists at Rice University who created a nanosubmarine of 244 atoms arranged in a single molecule, capable of moving at extremely high speeds in liquids when exposed to ultraviolet light.

But how does this molecular ‘motor’ work exactly? The innovation here is the team’s development of a propeller-equipped ‘motor’ at one end of the unimolecular submersible nanomachine (USN), which is activated by ultraviolet light. While it’s called a ‘motor’, the movement is more inspired by that of a bacterium’s flagellum rather than a mechanical motor per se.

When the double bond that connects the rotor to the nanosubmarine’s body is exposed to ultraviolet light, it transforms into a single bond, freeing it enough to spin a quarter of a revolution. Since the motor naturally seeks to go back to a lower energetic state of equilibrium, it jumps to the next atom, turning another quarter turn, and the next — and so it goes on spinning until the light source is removed. 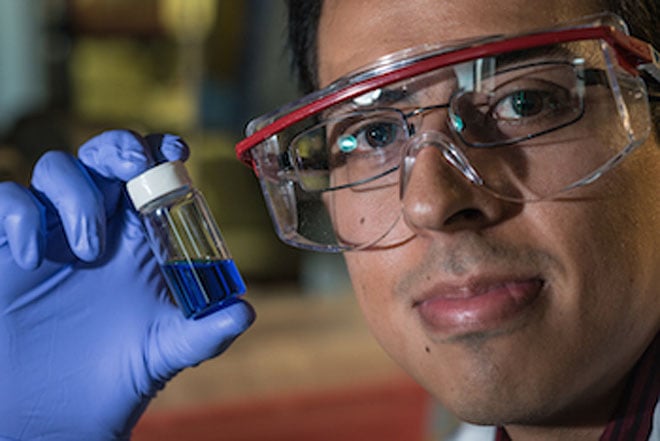 Spinning at one million revolutions per minute (RPM), each full revolution of this propeller will move the nanosubmarine forward 18 nanometers, or less than an inch per second. While that may not seem like much, it’s considered lightning speed for nanoscale distances. “These are the fastest-moving molecules ever seen in solution,” says Rice Univeristy chemist and professor James Tour, who oversaw the team’s efforts on creating the 10-nanometer-sized submersibles.

Even more surprising is the effectiveness of these motors propelling these nanosubmersibles through a liquid environment, populated by many other moving molecules that may obstruct their path. According to the team’s report, published in the American Chemical Society journal Nano Letters, their light-powered nanosubmarines’ motors are powerful enough to demonstrate a remarkable 26 percent “enhancement in diffusion,” compared to other randomly moving particles suspended in fluid. To put things in perspective, Tour presents the analogy: “This is akin to a person walking across a basketball court with 1,000 people throwing basketballs at him.”

The team’s molecular motor design uses a 20-step process of chemical synthesis and was partly informed by previous developments made by another team at the University of Groningen. What differentiates this molecular motor from other designs is that it does not use nor does it produce any toxins — a desirable trait if such nanomachines were to be released within the human body for medical purposes.

To test the performance of these nanosubmarines, the team added a fluorescent chemical compound that would allow them to visibly track their progress, without hampering their speed. As seen in the diagram below showing the sub’s chemical structure, the double-bonded motor is shown in red and is flanked by two fluorescent ‘pontoon’-like chemical structures coloured in blue, which (confusingly) glow in red when activated by laser light. Using a custom-built confocal fluorescence microscope, they observed the movements of the nanosubs between two wet mounted slides, while it blasting with both ultraviolet light (to activate the motor) and a red laser (to make the pontoons visible). 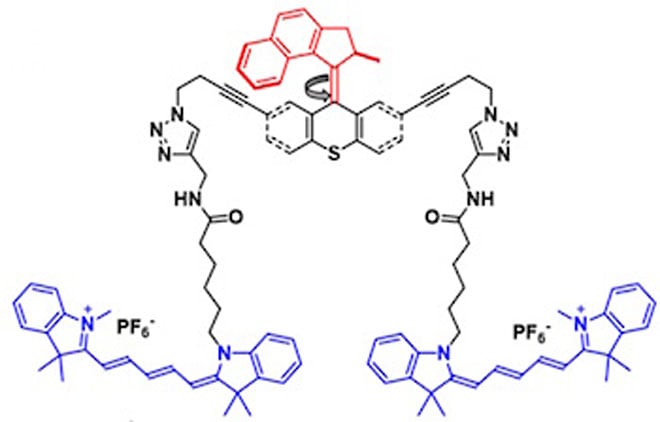 While these diminutive machines are cool enough on their own, the researchers believe that their non-toxic, single-molecule nanosubmarines could someday do targeted drug delivery within the body, or perhaps diagnose disease at a cellular level, or eliminate cancerous cells. Beyond medicine, nanosubmarines could also someday help remediate contaminated environments.

“There’s a path forward,” says graduate student and study lead author Victor García-López. “This is the first step, and we’ve proven the concept. Now we need to explore opportunities and potential applications.”

Read more over at Rice University.