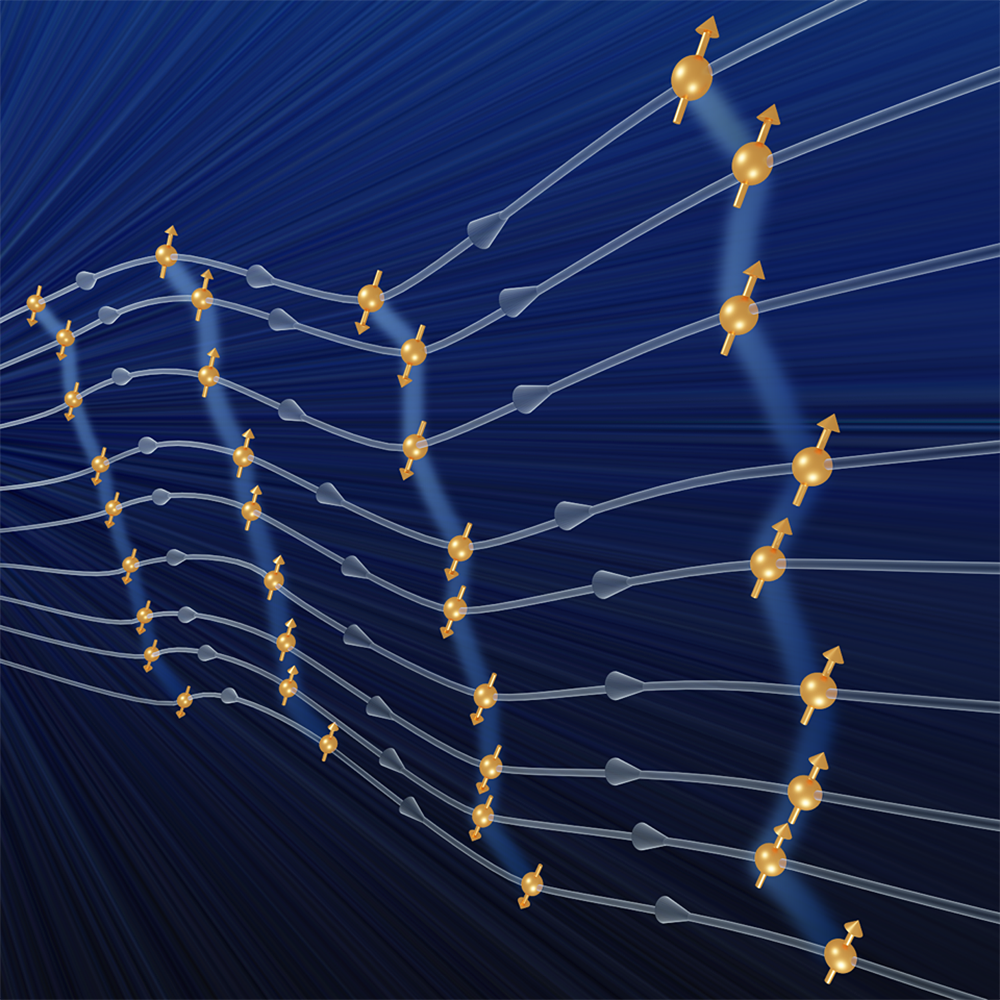 The words “time crystal” evoke all sorts of time-honored tropes from science fiction and the gaming industry. But while time crystals may sound like something dreamed up by an overactive imagination, they are now, in fact, something that researchers from QuTech — a collaborative group from Delft University of Technology and TNO, University of California, Berkeley, and the industrial diamonds firm Element Six — have created with the help of quantum computers.

Most of us already familiar with crystals in our daily lives, from table salt, ice cubes to emeralds and diamonds — basically, any solid kind of matter where the atoms are arranged into stable, highly organized three-dimensional lattices.

But time crystals are a little different: rather than having these patterns repeat only in space, they repeat both in time and space. Simply explained, time crystals are a new, exotic state of matter, similar to supersolids, superfluids and Bose-Einstein condensates. What’s novel about time crystals is that their atoms oscillate in regular cycles of time, even in their lowest energy state, without needing external energy inputs to keep their rhythmic motion going. Time crystals have been likened to the “jello that never stops jiggling,” and their quantum system of particles will keep flipping states, and will not lose energy to its environment or eventually come to a full stop, as it is already in its lowest state of energy.

In the end, time crystals may someday have some interesting or even unforeseen applications, such as designing ultra-precise clocks, or being used as a form of quantum memory for quantum computers.

The second law of thermodynamics states that entropy, or disorder, tends to increase with time. Time crystals break all of these laws with the ability of their particles to flip perpetually between states, yet all without burning up energy, and their tendency toward stabilization, rather than disorder. In addition, time crystals break what is known as time-translation symmetry, which states that the laws of physics that hold true today, should also hold true both in the past and in the future.

Time crystals were first theorized by physicist and Nobel laureate Frank Wilczek in 2012, and since then, a number of different labs around the world have attempted to create time crystals that meet two theoretical criteria. The first is that true time crystals must be robust to fluctuations, and the second is that the energy that propels it must not result in the system heating up, which would consequently destroy the time crystal.

According to the QuTech team’s paper, published recently in Science, the team was able to create a type of time crystal known as a discrete time crystal (DTC) out of a chain of programmable spin quantum bits (qubits), using a diamond-based quantum computer. Crucially, the researchers’ new time crystal system exhibits what is known as many-body localization (MBL), a dynamical phenomenon in quantum systems that prevents the discrete time crystal from thermalizing (or heating up), thus establishing that this is indeed true, a true time crystal.

Equally important is that QuTech’s time crystal lasted for a relatively long-lived 8 seconds, or about 800 oscillations.

“While a perfectly isolated time crystal can, in principle, live forever, any real experimental implementation will decay due to interactions with the environment,” said the study’s first author Joe Randall of QuTech in a press release. “Further extending the lifetime is the next frontier.”

The team created their discrete time crystal from the nuclear spins of carbon-13 (a stable isotope of carbon with six protons and seven neutrons), which were embedded inside an “ultra-pure” diamond grown by Element Six. The team used nine of these carbon isotopes, which were situated near defects in the diamond’s crystalline lattice, thus allowing the team to vicariously manipulate their nuclear spins using lasers. 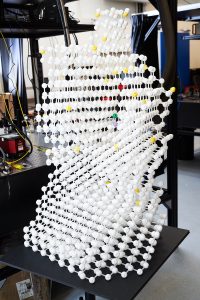 A model of the piece of diamond used to create the team’s time crystal. (Photo: Ernst de Groot)

Because the nuclear spins of the carbon-13 isotopes within the lattice are not ordered, this resulted in natural variations between the spins that causes the system to maintain its disorderly state, meaning that the system would meet the required criteria for many-body localization, while also allowing the nuclear spins to function like sufficiently isolated qubits that can have their quantum states easily controlled and detected.

“We set out to build a discrete time crystal using one of our quantum processors based on spins in diamond,” explained Randall. “These spins form extremely well-isolated and individually controlled quantum bits that we can program to emulate other physical systems.”

The team then established the system’s initial state by equalizing all the nuclear spin polarization, and then modified these initial states by zapping the system with radiofrequency pulses. With the correct parameters, the nuclear spins were harmonized into a periodically inverting pattern that was impervious to any external disturbances. After the completion of one cycle, the many-body system was reset back to its initial state, so that it could start again. No matter what the initial state of the time crystal system was, the system’s internal interactions eventually tended toward stabilization — an important indicator that the team had indeed created a discrete time crystal, and which distinguished this experiment from previous studies.

In the future, the team of researchers hope to extend the life span of their time crystal. In addition, they plan to further investigate the behavior of time crystals in three dimensional systems, and not just the one-dimensional set-up that was developed here in this study, as well as exploring the potential for time crystalline behavior in other novel phases of matter, such as those found in topological phases, as matter transitions from one form to another.

As UC Berkeley physicist Norman Yao pointed out: “A time crystal is perhaps the simplest example of a non-equilibrium phase of matter. The QuTech system is perfectly poised to explore other out-of-equilibrium phenomena including, for example, Floquet topological phases.”