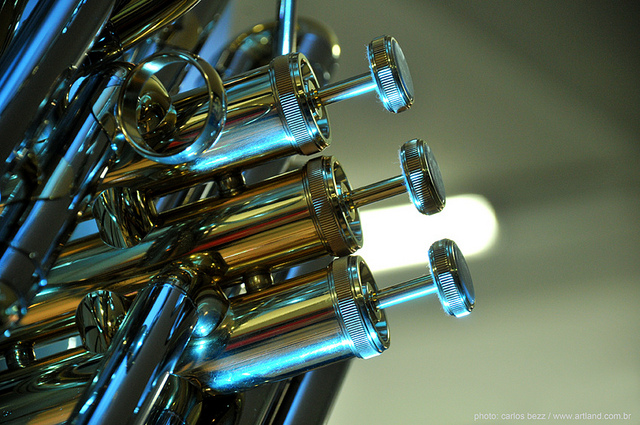 Piston Cloud Computing has announced a move beyond OpenStack for its Piston CloudOS 4.0, an operating system for the data center that transforms clusters of commodity servers into a single unified environment.

So far, the 4-year-old San Francisco-based company has worked to make deploying OpenStack as easy as downloading an app to a smartphone. The new version of CloudOS extends that capability to Hadoop and Spark on bare metal, and it plans to add the container orchestrators Kubernetes, Mesos and Docker Swarm by mid-year.

CEO Jim Morrisroe describes Piston as a “cluster orchestration and distributed systems automation company” focused on cloud-native, and made up of folks from VMware, NASA and others who have been part of the OpenStack community all along.

One of the primary things Piston’s bringing to the market, he said, is flexibility for customers to change as the industry changes without having to rebuild or buy new infrastructure.

“The way the CloudOS works, you can push-button deploy as a percentage of your infrastructure things like OpenStack, but that infrastructure continues to be fungible,” he said.

“So if you want to scale OpenStack down from 40 nodes to 30 nodes and put Spark on those 10 nodes on the bare metal, you can do that with single operations, either from the command line or at the UI. So if Kubernetes takes off and Docker Swarm doesn’t, if you made the wrong choice, this stuff all becomes very pluggable and fungible at the CloudOS level.”

The company touts CloudOS as the only holistic operating system for the modern data center that includes a host OS, software for boot, a resource manager and a services manager. In addition, it says it allows customers to:

The shuttering last week of Nebula, one of the pure-play OpenStack companies, illustrates the difficulties that startups have in competing against the deep pockets of HP, Red Hat, Cisco, IBM and Rackspace.

Morrisroe said Piston began about a year ago to work on this new vision.

“All the legacy providers have joined OpenStack and the community has changed dramatically away from cloud native and more toward operational efficiency for legacy, to some degree because that’s where their customers are. … A lot of cloud native is being done on Amazon, Google and Azure. And they aren’t buying anything from those legacy vendors,” he said.

“This pivot has forced us to say, ‘What is OpenStack good at and how can we use it? But more importantly, what are the other tools that cloud native deployments need?’” he explained.

“Obviously, containers are impossible to ignore, and then big data and Hadoop deployments by their nature are distributed systems and have redundancy built into the application, and they’re certainly parallel environments to what a cloud-native app looks like. So embracing those tools became a very obvious extension to CloudOS as OpenStack shifted toward the past, so to speak.”

Piston’s strategy is a big move, according to Gary Chen, research manager for cloud and virtualization system software at IDC. OpenStack has become a crowded market, one that’s becoming commoditized.

“To build a viable business, vendors need to build a solution stack on and around OpenStack; OpenStack all by itself isn’t a business anymore. So that is what Piston is doing, building a platform underneath that can host OpenStack as well as many other cloud platforms and services.”

In December, the company announced a partnership with platform as a service (PaaS) vendor Apprenda to help software development teams build Java and .NET cloud applications and microservices faster in a hybrid cloud environment.

Dan Kusnetzky, founder at Kusnetzky Group, said he found one of Piston’s most interesting OpenStack features has been a small, tightly controlled, highly secure virtual machine manager called Iocane. It places processes in a very small virtual environment and controls how processes can access both the system and one another.

He said in his research, Piston’s customers have reported excellent service in deploying OpenStack in on-premise cloud environments.

“It appears that they are playing the ‘we’re smaller so we can be more responsive’ card in competitive situations,” he said.

This is a smart move by Piston. It recognizes OpenStack’s transformation. But more so it recognizes that customers are developing data-centric architectures and they need a way to do that in a simple fashion. Customers are dependent on open source communities so they can try new technologies. But they also need fungible, loosely coupled platforms. They need the flexibility to carve clusters into mixed environments that may include OpenStack, Hadoop or an orchestration service such as Kubernetes.

Susan Hall is the Sponsor Editor for The New Stack. Her job is to help sponsors attain the widest readership possible for their contributed content. She has written for The New Stack since its early days, as well as sites...
Read more from Susan Hall
SHARE THIS STORY
RELATED STORIES
Agent-Based vs. Agentless Security: Which Approach Is Better? Data, Analytics and AI: What Will Happen in 2023 Kinsing Malware Targets Kubernetes Docker Swarm, a User-Friendly Alternative to Kubernetes What Trouble Awaits Cloud Native Security in 2023?
TNS owner Insight Partners is an investor in: Docker.
SHARE THIS STORY
RELATED STORIES
MicroK8s and Portainer Is The Easiest Way to Deploy an Application on Kubernetes What Trouble Awaits Cloud Native Security in 2023? Kubernetes App Deployment from the Command Line Crossplane: What Most People Get Wrong (and How to Get It Right) The Top 4 Threats to Securing Your Cloud Infrastructure
THE NEW STACK UPDATE A newsletter digest of the week’s most important stories & analyses.
The New stack does not sell your information or share it with unaffiliated third parties. By continuing, you agree to our Terms of Use and Privacy Policy.