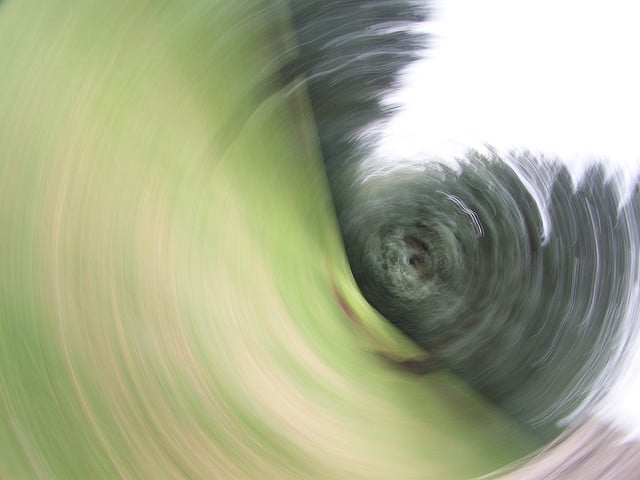 The distributed nature of app development and management at scale means that a workload should run on-premise, on a public cloud or both. Customers want that capability, giving Pivotal good reason to announce today that it is offering hosted cloud infrastructure on Amazon Web Services (AWS) as part of its Pivotal Cloud Foundry platform.

Pivotal is not charging for the hosting service on AWS. It now comes bundled with the software subscription at no extra cost. The intent is to allow hybrid cloud scenarios and portability from on-premise to public cloud environments.

The service from Pivotal Cloud Foundry is now available as a scalable Amazon Machine Image in the AWS Marketplace with a one-click installation capability.

“We think we have the most complete hybrid story on the market now with this portability” said James Watters, vice president and general manager of the Cloud Platform Group at Pivotal. “We’re pretty excited that this can run on vSphere and OpenStack or Amazon in a number of different ways.”

Watters added that the company is in talks with other public cloud vendors to add similar capability.

Though using Pivotal CF on AWS was possible before, it wasn’t a polished experience, he said.

“And we saw a lot of people wanted to use our pure hosted edition that started in seconds without having to operate a platform of their own.”

Pivotal CF’s automation, he said, means that running an incremental workload for a customer added little cost except a small slice of Amazon, so the company decided to include it in the enterprise support subscription that includes the right to use it on-prem or to run the workload in a public cloud.

Some customers want the portability of Pivotal’s hosted service, but want it on their own dedicated platform on Amazon. By offering one Amazon machine image, Pivotal can reduce the time that takes, he said, though it doesn’t install just one machine.

“When you open this machine image, you can insert your Amazon credentials into the virtual machine, it will build out an arbitrarily large platform for you in just an hour or so. So you can go from zero to 700 nodes of Cloud Foundry on Amazon using our automation tools that will build the platform out for you,” he said.

“So we’ve introduced this hybrid scenario where you can use a hosted service from us using APIs, you can build your own instance on Amazon in less than half a day or you can run this in your private data center at very large scale as a lot of our customers are already doing.”

This shows that high degrees of automation and containers can work together to produce “incredible economics,” he said. It involves using fewer containers so that the Amazon capacity is carved into hyper-efficient little slices with no wasted overhead.

He says the self-install functions along with the security and automation features mean that IT and the line of business can finally agree on the platform: Line-of-business developers can start immediately on AWS while the private cloud buildouts are completed or run there entirely.

Pivotal’s move to provide a supported version of Cloud Foundry on Amazon Web Services makes a lot of sense, given the enormous customer base of AWS and therefore expected demand for support there, says Donnie Berkholz, senior analyst at RedMonk. It has enabled installation of Cloud Foundry on AWS for a while, in addition to the shared Pivotal Web Services that runs on AWS, so this is a natural extension to add a dedicated offering on public cloud. Apprenda did something similar with Azure.

“The importance of data gravity continues to grow in forcing compute to move to the data because of the time and expense of large data transfers,” he said. “This offering makes it easier and cheaper for Pivotal customers with existing AWS footprints to integrate their data with Cloud Foundry, which is rarely a bad thing. Addition of an easier installer, rather than using Bosh by hand, will make the barrier much lower for less experienced customers to get started, particularly if they’re coming from Pivotal Web Services where they didn’t previously have to maintain Cloud Foundry themselves.”

And being in the AWS marketplace makes it easy for potential customers to try it, so they can do proof of concepts and pilots without having to formally engage with Pivotal, points out Chris Swan, CTO at CohesiveFT in London.

“This shows that Pivotal has increased confidence in the offering, as they don’t feel a need to hand-hold every prospect through getting started.”

He says the issue of scaling is less clear.

“Of course, a customer can choose the instance size that they run Pivotal CF on, and also the number of instances, but what is there beyond that? Can the system spin up new instances as an app gets busy? Can it automatically overflow from an on-prem installation to on-demand cloud instances?” he asked.

The latest update to Pivotal Cloud Foundry includes upgrades to autoscaling that allows an app to scale as it gets busy and future versions of the product will include that across all clouds, the company said.

The scaling issue opens up a whole bunch of questions about the true meaning of hybrid, Swan says.

Beyond having some apps on-prem and others in AWS, “It gets much more complicated when trying to have a single app managed across multiple clouds — specifically, how do the different pieces securely connect to each other, and how do app components integrate across that connection?”

Pivotal is perhaps best known for shepherding the Cloud Foundry open source platform as a service (PaaS), a project that recently set up a foundation to be run by the Linux Foundation.

Pivotal is touting Pivotal Cloud Foundry as the fastest-growing open source product ever after booking around $40 million in software sales in less than a year. Cloud Foundry serves the kind of enterprise that’s going to run thousands of apps in a multi-tenant environment with different business units and compliance requirements, said Andrew Shafer, working as one of Pivotal’s senior technologists, told The New Stack’s Nancy Gohring.

A spinout of EMC and VMware, Pivotal began with a rich portfolio of assets rather than having to build from the ground up. Its customers, it says, include two of the top three U.S. insurance companies, two of the top three North American telecommunications companies and seven Fortune 500 industrial companies focused on Internet of Things (IoT) buildouts. One of them is GE, which has invested $105 million to partner with Pivotal to build an industrial Internet.

IBM built its own distribution of Cloud Foundry for its BlueMix service, as HP did with its Helion cloud.

Other open source, self-service initiatives — Deis, Flynn, Tsuru, Dawn and octohost — have some similarities with the second-generation PaaS initiatives like Cloud Foundry and OpenShift,  according to Gohring’s post.