Pivotal Adds a Serverless Service to its Cloud-native Platform 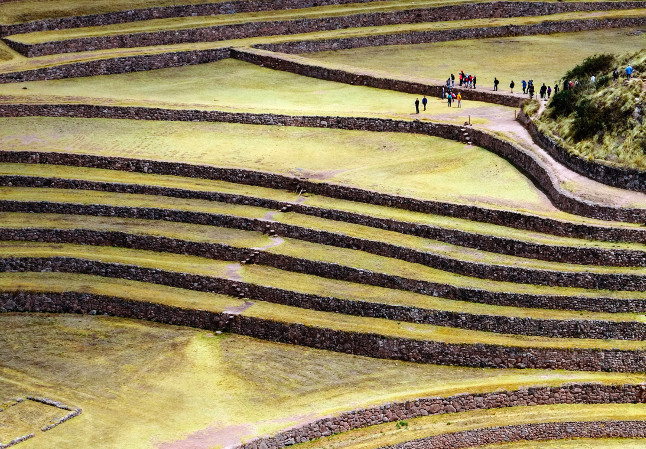 The rapidly heating upfield of serverless computing is nothing if not fluid. While Amazon Web Services’ Lambda really brought the space to prominence in the market, Google, IBM, Microsoft, and Oracle all have their own offerings. Pivotal is now counted among those with such offerings, revealing a new platform at its SpringOne Platform conference, held this week in San Francisco.

The new serverless offering comes as part of the introduction of Pivotal Cloud Foundry 2.0 (PCF). The highlights of this release include not only the serverless capabilities, but also a new “App Store” marketplace for users of the platform, and the early-2018 general availability of integrations of both the Kubernetes container orchestration engine and VMware’s NSX into the platform, both for management of containers and firewalls.

Rather than building a new serverless framework, Pivotal leverages its existing platform infrastructure to offer a serverless-style lifecycle for more traditional applications, said James Watters, senior vice president of strategy at Pivotal. This offering is the culmination of existing capabilities, which support legacy Java and enterprise application infrastructure.

This is important, said Watters, as many of the current serverless offerings from vendors like Amazon come with an implicit amount of lock-in due to proprietary infrastructure. Other offerings, like IBM’s OpenWhisk and Oracle’s fn, try to combat this by offering a run-anywhere approach to the runtimes implicit in function-based computing.

Pivotal, however, eschews new infrastructure for the sort that has been run in enterprises for almost two decades, now. With the company’s 2009 acquisition of SpringSource (then as VMware), Pivotal is uniquely positioned to be the standard bearer for cloud-based enterprise Java applications.

But Pivotal’s integration of Cloud Foundry into its core platform enables more than just Java runtimes, said Watters. “A lot of people have made a lot of announcements around lower level infrastructure. Pivotal has been the fastest, most agile way to run Java, .NET, and Node.js. We run those as a language service. We’ll build the container for it, integrate it with the service mesh, and you can consume that as a language service,” said Watters.

Pivotal’s function-as-a-service, together with the new Kubernetes and NSX management capabilities, allow Pivotal’s platform to handle the entire end-to-end cloud environment, from layer 2 to layer 7. The function interface, called Pivotal Function Service (PCF), “gives us the position of being the one-stop shop for enterprises to consume applications, functions, and service brokers all in one multi-cloud platform,” Watters said.

For enterprises, said Watters, a lot of the benefit of PCF is the simplification of the development workflow and environment.

“One of the big things in the core product people have started to latch onto,” said Watters,”We have this embedded OS, which is unique to Cloud Foundry. We have an embedded OS which we run and update with Bosh. Enterprises are able to do security patching and virtual machine rebuilding at a constant pace. Within a few days of a major vulnerability coming out, you can have your entire estate completely repatched. Taking away all the pain around a developer patching a full stack, alone, has been helpful.”

As to the impetus for the decision to integrate with Kubernetes as a first class citizen, when Pivotal’s largest shareholder, VMware, is decidedly interested in virtual machines as the unit of data center measurement, Watters said that customers were already asking for container support. “We have a client running 20,000 containers with only two operations people. Now they want to run a container service on it for their packaged applications. Maybe they want to run these pre-built ISV containers or run Elasticsearch on the platform. That’s where Pivotal Container Service comes in,” said Watters.

With the ability to run containers, virtual machines, long-running servers, short-running functions, and even manage the firewall, all from one operations console, Pivotal is hoping its offerings will be compelling to enterprises looking to gain development velocity. A big part of the value, said Watters, is also the ability to reliable treat functions just like any other application, with the caveat that it scales to zero when completed.

“It’s a feature of the Pivotal Container Service that will allow you to respond to an event, and then scale to zero by default. It’s a piece of code that is event-oriented and scales to zero when that event stream is ingested and complete,” said Watters, of the way Pivotal has structured its functions.

“We’ve made auto-scaling much more usable, in general, for enterprises in their applications,” said Watters. “We have all these clients that auto-scale, where they used to rack-and-stack servers and schedule for the peak all the time. In a sense, functions are easier than auto-scaler because they scale to zero by default. Now it’s all one big shared scheduled set of applications across the platform.”

“We have financial service clients that say, ‘When the market closes at the end of the day, I have to run some events, clean things up, and then shut down,” said Watters. This capability even extends down to the language frameworks themselves.

“I think what we did is bring Spring Cloud Function out first,” said Watters, referring to its release in July. That release “made it possible to start writing these functions, and we made a shared repository of custom code so you can share them. Now we’re just optimizing them and integrating them into event sources. We see this as an extension of other applications that are running. It’s all the exact same Spring code.”

“If you look at Spring Cloud Function, that is one example implementation of the language side of this, and you can use RabbitMQ or Kafka and other event sources. We think for a whole variety of applications, events happen infrequently during the day. We can have much more efficient scheduling of these simple tasks. That doesn’t mean every application should be refactored to be a function. The Amazons of the world are trying to talk everyone into refactoring the whole estate to do that. We’re a practical integrator of the most important new features for enterprises. We stuck to our knitting and we made Java cloud ready. We’re trying to be pragmatic around containers and functions, too. We’re finding proven ways of using these things,” said Watters.

Photo by Pedro Lastra via Unsplash.