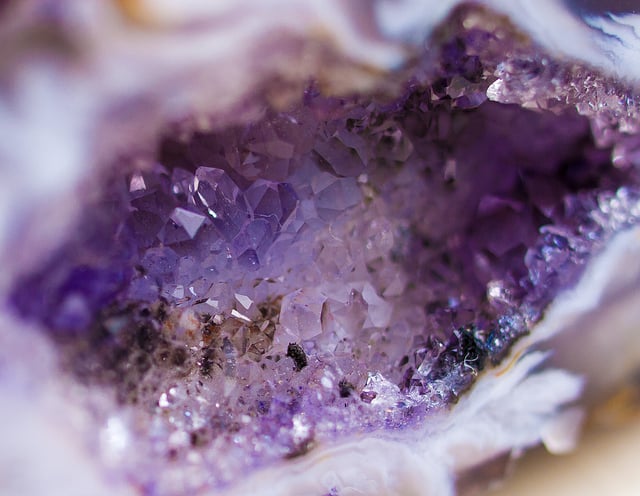 “Geode” by Don White licensed under All rights reserved.

Following through with its announcement from February that it will open source core components of its big data portfolio, Pivotal is proposing the open source core of its distributed in-memory database Pivotal GemFire for incubation with the Apache Software Foundation (ASF). The project will be called Geode.

The success of Cloud Foundry as an open source project convinced the company this is the right direction, according to Roman Shaposhnik, director of open source strategy at Pivotal. It launched its foundation in December with the Linux Foundation at the helm.

“It’s basically aligning what Pivotal is doing in data with what Pivotal has been doing elsewhere,” he said. “[Cloud Foundry] has always been predicated on the notion that it is only through widespread industry collaboration — and that can only happen on the open source code base — we can claim the widest possible addressable market for the technology. With Cloud Foundry, that strategy is working perfectly.”

The result has been competing vendors working together on the code, then using it to produce their own products, he said, with customers not locked into to any one vendor.

“[These things are] in the RFPs these days. Customers do care about the size of the community and the marketplace for the technology to survive. Open source has become the leading way of guaranteeing the viability of the technology,” he said.

A fundamental problem the Apache Software Foundation is addressing is making sure that technology has a community to support it long term, he said.

And without being open source he believes Hadoop, for example, would not have been as widely adopted.

The company plans a big push this week at ApacheCon in Austin, Texas, to kickstart building the community and urging participation.

The company’s Big Data Suite, launched a year ago, reportedly has generated more than $40 million in subscriptions for Pivotal. It plans to continue selling commercial versions of the software that come with additional capabilities and features, including native clients, continuous queries, and WAN-connectivity between clusters, and to provide support for enterprise customers.

Pivotal also announced that is a now a Platinum sponsor of the Apache Software Foundation.

It plans to propose HAWQ to ASF in the third quarter and to open source GreenPlum Database in Q4.

GemFire is available for review at network.pivotal.io.  There are any number of alternatives. AeroSpike, MemSQL and Redis are just a few of the offerings that compare to GemFire.

Originally created by independent software vendor GemStone more than a decade ago, the GemFire code base has grown to more than one million lines of code. VMware acquired GemStone in 2010, and it became part of Pivotal when it was spun out in 2013.

GemFire provides in-memory access for all operational data spread across hundreds of nodes with a “shared nothing” architecture. Originally developed for the financial industry, it provide low-latency data access to applications at massive scale with many concurrent transactions involving terabytes of operational data, plus built-in fail-over and resilient self-healing clusters to allow developers to meet the most stringent service-level requirements for data accessibility, according to the company.

GemFire has not been able to gain significant market share in the NoSQL market, making Pivotal’s decision to divest from Big Data a smart one, because it will enable the company to focus its resources on other areas such as Cloud Foundry, according to Tomer Shiran, vice president of product management at MapR Technologies and a member of the Apache Drill Project Management Committee.

While companies sometimes open source proprietary products in hopes of gaining wider adoption, there’s no guarantee that will happen.

“As we’ve seen with ‘100 percent open source’ companies such as Hortonworks, monetization is hard when all you can sell is support,” he said. “A successful open source go-to-market requires differentiated technology that provides significant value to customers.”

Susan Hall is the Sponsor Editor for The New Stack. Her job is to help sponsors attain the widest readership possible for their contributed content. She has written for The New Stack since its early days, as well as sites...
Read more from Susan Hall
SHARE THIS STORY
RELATED STORIES
Choosing the Right Container Native Storage for AWS Public Cloud What LaunchDarkly Learned from 'Eating Its Own Dog Food' What Is the Docker .env File and How Do You Use It? What TNS Readers Want in 2023: More DevOps, API Coverage 5 Best Practices for DevSecOps Teams to Ensure Compliance
Pivotal is a sponsor of The New Stack.
SHARE THIS STORY
RELATED STORIES
Swarm, a User-Friendly Alternative to Kubernetes Choosing the Right Container Native Storage for AWS Public Cloud MicroK8s and Portainer Is The Easiest Way to Deploy an Application on Kubernetes What Trouble Awaits Cloud Native Security in 2023? Crossplane: What Most People Get Wrong (and How to Get It Right)
THE NEW STACK UPDATE A newsletter digest of the week’s most important stories & analyses.
The New stack does not sell your information or share it with unaffiliated third parties. By continuing, you agree to our Terms of Use and Privacy Policy.