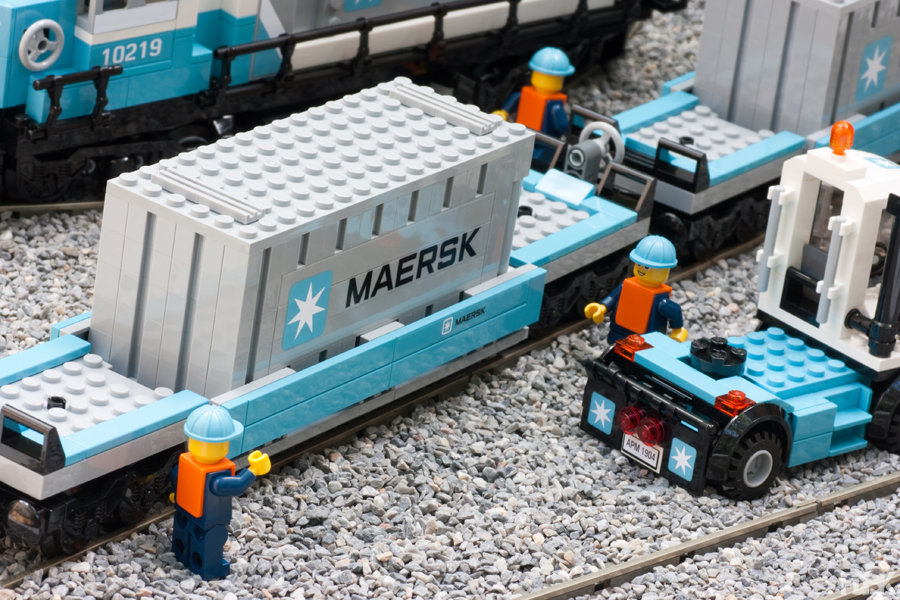 When a word processor is capable of opening a file in another word processor’s format, we don’t say the first word processor supports the second one. That’s a very similar distinction to the one Pivotal is now drawing, in announcing that Pivotal Cloud Foundry now works with the Docker container image format.

“While Docker is the world’s most popular container image format, it’s actually one of the world’s least sophisticated container management systems,” said James Watters, Vice President and General Manager of the Cloud Platform Group at Pivotal, in an interview with The New Stack.

“So what’s awesome about the coming together of the world’s most popular image format and the world’s most advanced container management system in Pivotal Cloud Foundry [PCF], is that now all the goodness that you get from the PCF container platform Elastic Runtime is now available for the Docker community.”

Last year, we profiled Diego, the Cloud Foundry component that ran Docker container image. It worked by mounting the various layers, deconstructing them, and running them as a Warden container, which is Docker’s native image format. At that time, the company made the claim that the user wouldn’t really notice a difference.

If that were absolutely true, then Monday’s announcement would not be such a big deal. Watters told us that Pivotal’s version of Cloud Foundry is aimed at very large enterprises looking for turnkey workload management. These businesses, he said, want the Open Container Initiative (OCI) format to be just one of the many workload types that can be easily absorbed into the PCF engine, which now also includes Spring Cloud Services.

“Pivotal Cloud Foundry is targeted at the Fortune 1000,” Watters said. “Docker was a huge phenomenon on a laptop for a lot of developers. Docker really replaced Vagrant as a developer experience on our laptops. What we’re really talking about with PCF is, what do their data center infrastructures look like?

“And if you don’t parse the difference between what they use on their laptop versus what they use in their data centers,” he continued, “I think the nuances of this would be lost. It’s really vital now that we’re providing a bridge between the developer laptop with a Docker image in the data center, and the enterprise-supported operating system for the data center in Pivotal Cloud Foundry.”

Watters said there are a plethora of ways to accomplish orchestration using some container format derived from LXC, the supporting Linux infrastructure for running containers. The objective for PCF is to support the preferred models among their core Fortune 1000 customer base.

Watters then took the unusual step of disassociating Docker from the capability for organizations to deploy microservices. Among software developers, and especially among readers of this publication, the Docker whale has become the very symbol of microservices.

Enabling microservices, he said, is the purpose behind PCF’s support for the Spring Cloud suite, which he characterized as much more important than the Docker bit.

“That takes the Netflix open source, and combines it with the Spring Boot ecosystem — which is the number one way of building enterprise microservices,” he explained. “We’re happy to also open it up to Docker images, but honestly, that’s not our strategy so much as it is around Spring Cloud services, and being the number one place to write Java microservices in the enterprise.”

“So you have this full fabric for these ephemeral microservices that are easy to deploy, easy to manage throughout their lifecycle,” he said, “and also importantly, easy to develop. How you write the boilerplate configuration for how they all discover failover and load balancing across each other is a fairly sophisticated technical challenge that we’ve taken on with Spring Cloud.”

On Monday, Pivotal also announced a partnership with CloudBees, the platform services company most closely associated with the Jenkins open source continuous integration platform. This partnership enables the CloudBees Jenkins Platform to be the exclusive provider of continuous integration and continuous delivery tooling for the commercial edition of Pivotal Cloud Foundry, CloudBees Director of Global Alliances Durga Sammeta said in an interview with The New Stack. The base open source Jenkins has not been, and will not be, compatible with the commercial PCF, Sammeta emphasized.

From the Pivotal network, customers will see CloudBees Jenkins, and can sign up for evaluation or direct purchase from there, Sammeta explained.

“In Jenkins, you have masters and executers. So we put together three sets of configurations that customers can buy from the Pivotal Network. But it’s not a self-service buy; you go through the Pivotal Network to acquire the licenses. If a customer goes and buys one of these small/medium/large configurations of cloud-based Jenkins, they will not only get Pivotal Cloud Foundry but also cloud-based Jenkins on one single bill.”

Pivotal continues to expand its Cloud Foundry ecosystem with the goal of making microservices feasible for large organizations that have both the money and means to replace their old infrastructure. Bringing Spring and Jenkins closer together in its ecosystem gives these organizations more of a “turnkey” alternative, to use Pivotal’s term, to the more handcrafted approach of deploying containers — an approach Pivotal is happy to associate with OpenStack and Docker.

“With all credit to Docker,” said Pivotal’s James Watters, “they are the PDF of the container world. They are the image format. And we think that we are Adobe Photoshop or Illustrator in that world — the most advanced, most sophisticated enterprise way of manipulating and managing those image formats. I think those are two distinct markets. Docker has overwhelmingly won the PDF format war, and I think there’s a real discussion over what are the more sophisticated container systems to manage it. Cloud Foundry goes the whole way through the app lifecycle.”

Scott M. Fulton III leads the developer content team at Neo4j, and before this, was a 37-year veteran producer and editor, including for The New Stack, where he created the Context podcast. He produced the Scale blog for ZDNet, was...
Read more from Scott M. Fulton III
SHARE THIS STORY
RELATED STORIES
Kubernetes Just Has to Get Easier for Developers A Look at Slack's New GitOps-Based Build Platform Record, Connect and Search DevOps Changes with Kosli Terraform Cloud Now Offers Less Code — and No Code — Options PurpleUrchin: GitHub Actions Hijacked for Crypto Mining
Docker and Pivotal are sponsors of The New Stack.
TNS owner Insight Partners is an investor in: The New Stack, Docker.
SHARE THIS STORY
RELATED STORIES
Create a Local Git Repository on Linux with the Help of SSH Why Does the NSA Care about the Software Supply Chain? PurpleUrchin: GitHub Actions Hijacked for Crypto Mining Why You Can’t Afford to Miss Data Decisions Case Study: How BOK Financial Managed Its Cloud Migration
THE NEW STACK UPDATE A newsletter digest of the week’s most important stories & analyses.
The New stack does not sell your information or share it with unaffiliated third parties. By continuing, you agree to our Terms of Use and Privacy Policy.