Pivotal Throws Its Weight Behind OpenJDK with Spring Runtime

Pivotal has been acting as a steward of the Spring Framework for Java for more than 15 years now, but, in the light of recent changes in the Java licensing model by Oracle, the company has decided to further invest itself in the open source future of Java with its Pivotal Spring Runtime.The Spring Runtime includes Pivotal’s OpenJDK distribution, which covers ongoing support, plus regular security and performance updates, as well as commercial support for the most popular Spring projects — Spring Framework, Spring Boot, Spring Cloud, Spring Cloud Dataflow, among others — and support for Apache Tomcat (and its own Pivotal tc Server).
Jun 3rd, 2019 6:00am by Mike Melanson 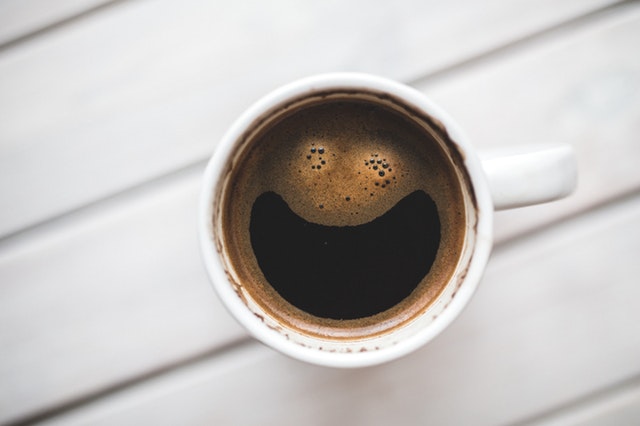 Pivotal has been acting as a steward of the Spring Framework for Java for more than 15 years now, but, in the light of recent changes in the Java licensing model by Oracle, the company has decided to further invest itself in the open-source future of Java with its Pivotal Spring Runtime.

The Spring Runtime includes Pivotal’s OpenJDK distribution, which covers ongoing support, plus regular security and performance updates, as well as commercial support for the most popular Spring projects — Spring Framework, Spring Boot, Spring Cloud, Spring Cloud Dataflow, among others — and support for Apache Tomcat (and its own Pivotal tc Server).

The Pivotal Spring Runtime essentially offers a unified, supported Java stack for customers who were concerned about the ecosystem’s future, explained Ryan Morgan, vice president of engineering at Pivotal, in an interview with The New Stack.

“With the news around Oracle changing the licensing model, we got a lot of customers that were concerned about the future of Java and what that meant for them in terms of the licensing of the JVM,” Morgan said. “So we decided to take the approach of still continuing to fully support our users on Cloud Foundry, but then also taking the expertise that we’ve had over the past five years in delivering an enterprise distribution of OpenJDK and making that available on Kubernetes via Pivotal Container Service, as well as on virtual machines or even on bare metal. The Pivotal Spring runtime bundle really gives our customers the peace of mind of having a fully supported Java stack and just one person to call when they have questions or issues that they need to resolve.”

With Pivotal OpenJDK, the company follows similar steps by Amazon and Azul Systems in releasing versions of OpenJDK to bypass Oracle’s new subscription requirements. Morgan differentiates Pivotal’s offering by saying that the company’s loyalties lie in the open source project, as it has also “signed on as a Platinum Sponsor of AdoptOpenJDK to help advance the interests of the OpenJDK community,” according to a company statement.

“One of the main differences between what maybe they’re doing and what we’re doing at Pivotal is that we’re committed to the OpenJDK upstream. We’re not planning on creating a fork of OpenJDK,” said Morgan. “We’re not going to have patches and bug fixes that sit in a private repo that’s available only to Pivotal. We want to be good stewards of open source and contribute those bug fixes and other things back to the community in general. Our eventual goal at Pivotal is to no longer build our own version of OpenJDK and instead rely upon the builds that are coming directly from the AdoptOpenJDK project.”

In the end, Morgan summarized the company’s efforts and trying to provide stability for the Java community in a time of uncertainty.

“What we’re really trying to do is foster a healthy ecosystem within Java. There’s been a lot of change lately. There’s been the change in licensing from Oracle. There’s been all these forks, from Amazon and others. And then most recently, there’s the challenges with the trademarks and copyrights between The Eclipse Foundation and Oracle,” said Morgan. “In terms of the Java community, we’re looking to support that community as best as we can, because there is a rich ecosystem here that that does deliver fantastic outcomes for our developers and we just want to keep that healthy and vibrant community.”

Pivotal Spring Runtime is available as a yearly subscription, with pricing based per Kubernetes Pod and per Core, and  included in a Pivotal Application Service subscription.

Oracle and Pivotal are sponsors of The New Stack.

Mike is a freelance writer, editor, and all-around techie wordsmith. Mike has written for publications such as ReadWriteWeb, Venturebeat, and ProgrammableWeb. His first computer was a "portable" suitcase Compaq and he remembers 1200 baud quite clearly.
Read more from Mike Melanson
SHARE THIS STORY
RELATED STORIES
MITRE ATT&CK Framework: Discerning a Threat Actor’s Mindset Why Your Code Sucks: Common Excuses for Bad Programming AI21 Labs Bets on Accuracy, Develops Approach for Factual AI How Ray, a Distributed AI Framework, Helps Power ChatGPT Platform Engineers: Developers Are Your Customers
TNS owner Insight Partners is an investor in: The New Stack.
SHARE THIS STORY
RELATED STORIES
Yes, Your Enterprise Needs Low Code Now Insights on Integration Tests with Foresight AgStack: Linux Foundation Project Will Bring Farms Online State of the API: Monetizing API Deployment Is on the Rise Poisoned Lolip0p PyPI Packages
THE NEW STACK UPDATE A newsletter digest of the week’s most important stories & analyses.
The New stack does not sell your information or share it with unaffiliated third parties. By continuing, you agree to our Terms of Use and Privacy Policy.