A wrapup of the recent SpringOne Paltform conference, before Pivotal are taken over by VMware.
Oct 29th, 2019 8:23am by Mike Melanson 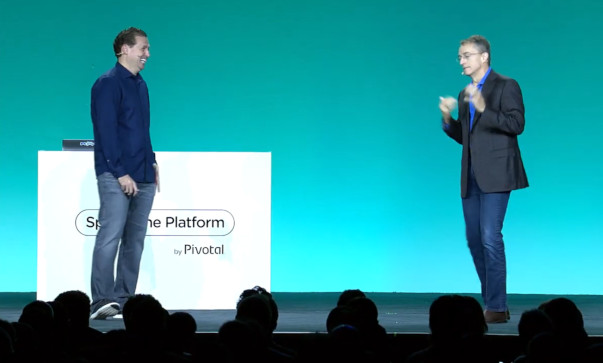 Let’s face it: as a developer, you’re tired of hearing about Kubernetes and you just want to write your code and have it run. Well, Pivotal says it hears you loud and clear on that one and it is working to remove the hassle of Kubernetes for developers, all while letting them enjoy the benefits — not just scalability, resiliency, and all those infrastructure-side benefits, but rather the tools that become so easily available when Kubernetes becomes the substrate for all the other tools that integrate into it.

Earlier this month, Pivotal held what would be its final SpringOne Conference before it returns to its roots with a pending acquisition by VMware, the company from which it was first born back in 2012. The conference, a gathering of thousands of developers, all of whom use and are fans of the Spring framework, was a testament, both through attendance and testimonies in sessions and on stage, to the maturity and popularity of the primarily-Java focused framework for building web applications in enterprise environments.

The overall message from the event was obvious — big names like Netflix, JP Morgan Chase, AutoZone, MasterCard, Home Depot, and DICK’S Sporting Goods are all using Spring, and you should too. When you dig just beneath that message, however, you get to the drivers for that usage and some of the real takeaways. First, the move to cloud native is about application architecture and the resulting benefits as much as it is about velocity and developer experience. Second, Kubernetes is enabling this push to cloud native, but companies like Pivotal want to focus less on Kubernetes and more, again, on the developer experience. While Kubernetes may be essential to the modern stack, they want to move out a bit more out of view.

To that first point, James Watters, senior vice president of strategy at Pivotal, took the stage the first day of the conference to deliver a keynote that set the theme for the next three days.

“The one rallying word we’ve found to describe the paradigm shift we’re going through that’s putting developers first, making APIs front and center to our architecture, is ‘cloud native,'” said Watters. “If you look at what Spring Boot has done, to reduce the burden of getting a new API to production in enterprise, it’s been unbelievable. Cloud Foundry has come to define the developer experience in the container era. Kubernetes has become the ubiquitous substrate for programmable infrastructure.”

Watters went on to hammer home that idea with a “litmus test” on whether or not a particular app, in its existing state, deserves to exist in your enterprise or needs to be transformed to this new, cloud native reality.

“There’s also a philosophy behind all of this and I think that philosophy starts with the idea that continuous delivery unleashes human potential. The idea that getting to prod, versus getting to a meeting, versus getting to a ticket, is more important,” said Watters. “I think that there’s a new litmus test, which is that, if you can’t provide a developer experience in your product, it might not deserve to exist in your enterprise anymore. […] There’s a new era where if it isn’t container friendly, if it isn’t dev-centric, if you can’t put it through a CI/CD process, it’s not testable, and I would say if it’s not just another boot app to some level in enterprises, it might need to go.”

To this end, Pivotal released both its managed version of the Spring Cloud Gateway and Azure Spring Cloud, both of which provide developers with easy-to-use tools to build microservice-based applications while obscuring the complexity that would normally come with self-hosted solutions. But even these are just a small part of a much bigger puzzle. This gets to that second part, where Kubernetes acts as a sort of substrate, providing a universally programmatic infrastructure where various tools can be implemented with ease. VMware Principal Engineer and Kubernetes pioneer Joe Beda offered a closing keynote on this topic that offered a suitable analogy — that of Lego Voltron.

Now, if you don’t have time to watch the video and you aren’t acquainted with Legos or Voltron, the idea here is this: Legos are building blocks, Voltron is a giant robot that combines together five smaller, transformable robots, and a Lego Voltron is a bunch of building blocks making up these individual robots that then join together to make the one giant robot — follow? Beda sums it up appropriately during his keynote. 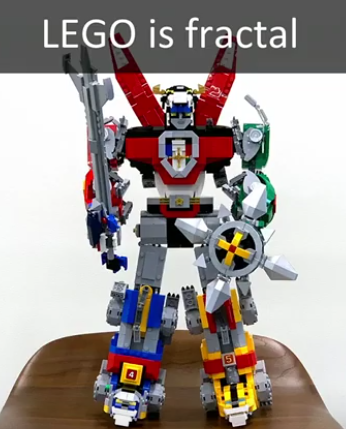 “Kubernetes allows you to not only schedule containers, but it’s also a universal control plane that allows you to create higher-level abstractions — new building blocks based on the building blocks you already have,” said Beda. “That sort of analogy really works for what we are doing as we start building platforms based on bridging that gap between infrastructure and platform, between toolbox and framework. We really want to take a bunch of the building blocks that are provided from infrastructure, create extensible, larger building blocks, and in the end, actually provide that opinionated experience, but in a way that’s not all or nothing.”

In an interview with The New Stack, Watters expanded on this idea of Kubernetes acting as a distributed system kernel, bringing it out of the realm of analogy.

“Once you have programmatic infrastructure everywhere for distributed applications, now, the way you run those distributed applications can consistently use those programming interfaces everywhere it goes. In the old world, when you had to script up 10 VMs, that might have had arbitrary load balancers, arbitrary networks, different OSes, there was so much variation even in IaaS, you couldn’t take a distributed application and truly make it portable,” said Watters. “Kubernetes makes networking, load balancing, resource management, all these things consistent. That’s a huge deal. The ISV ecosystem can use [Kubernetes] as a consistently programmable infrastructure. When Kubernetes disappears, if you will, it’s more because the developer is using an application framework or application-specific interface on top of Kubernetes that guides them, that limits their choices.”

Of course, there is an aspect of this whole thing that we must return to before concluding — VMware is set to acquire Pivotal in the near future, adding another layer. As VMware CEO Pat Gelsinger said during that first keynote, Pivotal is going to become part of the Tanzu family of VMWare products, which intends to bring Kubernetes to VMware clients. As part of Tanzu, Pivotal will provide that developer experience. In the Lego Voltron analogy, Pivotal becomes one of those individual robots, alongside other robots like Heptio, which VMware acquired last year.

“One of the things that IT really likes is a single pane of glass. A single pane of glass is something we hadn’t quite gotten to with our platform for all different installs. Tanzu Mission Control is a single pane of glass to show an operator all the different container clusters that are running all over the world and helps to manage all of that,” said Watters. “VMware is bringing all these resources and building other tools around the platform. Where we’ve been focused on developer experience, they’re now bringing all the IT integration, which is super exciting.”

So, in the end, Kubernetes becomes a part of the fabric, rather than the developer focus, enabling the developer to build, to iterate, to move quickly, all while enjoying scalability and resiliency, without requiring the intimate knowledge normally necessary to simply install Kubernetes in the first place. Or at least that’s the idea.