Platform9, a SaaS provider of managed Kubernetes and OpenStack for private and edge clouds, has added KubeVirt, the open source project that brings virtual machines (VMs) into Kubernetes, to its list of managed services.
Jul 15th, 2021 7:21am by Mike Melanson 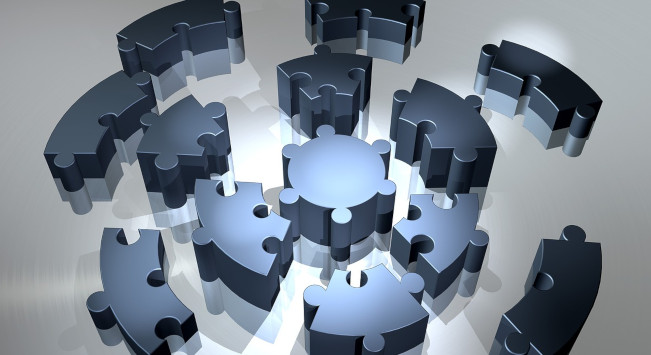 Platform9, a SaaS provider of managed Kubernetes and OpenStack for private and edge clouds, has added KubeVirt, the open source project that brings virtual machines (VMs) into Kubernetes, to its list of managed services.

Platform9 Managed KubeVirt, which was first introduced into beta earlier this year, is available to all Platform9 users, including those using the company’s free tier, and allows them to run applications that are better suited to VMs alongside containers in Kubernetes.

Chris Jones, a product manager with Platform9, explained that the telecommunications industry is just one example of where they see organizations finding value in running VMs on Kubernetes.

“We’re seeing a trend where users are looking to get to a single converged stack for managing what their applications are running on, especially in the 4G and 5G space. Telco operators are running new containerized network functions natively in Kubernetes, but there are other ancillary control applications that are adjacent to those functions that are still primarily monolithic applications that are better suited to run as a virtual machine,” Jones said. “They’re not going to be able to containerize those, or create a microservices architecture to replace those monolithic applications, in a timeframe that makes sense for the adoption of 5G. Those operators specifically are looking to be able to run a single stack where they can run a virtual machine within the same infrastructure and remove the requirement to have to run duplicative pieces of infrastructure.”

With Platform9’s KubeVirt, users can create virtual machines directly from the Platform9 Managed Kubernetes (PMK) UI, both during cluster creation and later during the cluster’s lifecycle. When the service was first launched earlier this year, users were sent to the command-line to interact with KubeVirt, but the Platform9 team knew that wasn’t what they were looking for.

“There’s a lot of users out there that want a way to log in to an application to just specify a VM and click ‘create,'” said Jones, and so they spent the past four months building just that.

Beyond the simple interface, Platform9’s managed KubeVirt comes with a number of other features out of the gate, including automated monitoring with Prometheus, VM management capabilities, uptime guarantees, and other enterprise functions such as RBAC and multitenancy.

In a press release, the company said that the new feature is “the industry’s first managed KubeVirt solution to offer a unified platform to run virtual machines (VMs) alongside containers.” Although last year, Red Hat launched OpenShift Virtualization also based on KubeVirt, Jones explained that Platform9 takes a different approach to managed services.

“Our managed aspect isn’t just about ‘Is Kubernetes running? Is KubeVirt enabled?’ If there’s actually a problem going on with booting a KubeVirt VM, our support team will get there and help get that up and running,” he said. “It’s not just saying, ‘Here’s the software, it’s deployed and running, you can open a traditional ticket,’ support-wise. We don’t take that approach to handling our customers. It’s much, much more boutique, hands-on, and involves a process to make sure that they’re being successful with the platform they’ve invested in.”

As for whether running VMs alongside containers was more transitory or long term, Jones chose the latter, saying that the move to support VMs in Kubernetes was a “long gameplay.”

“As more and more enterprises become comfortable with operating Kubernetes, I think they’re going to dabble and ask the question ‘Why are we still operating two platforms?'” said Jones. “I’m sure CFOs are going to start asking the question ‘If 90% of our revenue-generating software is on Kubernetes, why am I spending so much on licensing these things as a virtual machine?'”

Mike is a freelance writer, editor, and all-around techie wordsmith. Mike has written for publications such as ReadWriteWeb, Venturebeat, and ProgrammableWeb. His first computer was a "portable" suitcase Compaq and he remembers 1200 baud quite clearly.
Read more from Mike Melanson
SHARE THIS STORY
RELATED STORIES
I Need to Talk to You about Kubernetes GitOps What LaunchDarkly Learned from 'Eating Its Own Dog Food' Choosing the Right Container Native Storage for AWS Public Cloud How Platform Teams Can Align Stakeholders Platform Engineering Won’t Kill the DevOps Star
SHARE THIS STORY
RELATED STORIES
5 Best Practices for DevSecOps Teams to Ensure Compliance Docker Swarm, a User-Friendly Alternative to Kubernetes Kubernetes Needs to Take a Lesson from Portainer on Ease-of-Use The Top 4 Threats to Securing Your Cloud Infrastructure Choosing the Right Container Native Storage for AWS Public Cloud
THE NEW STACK UPDATE A newsletter digest of the week’s most important stories & analyses.
The New stack does not sell your information or share it with unaffiliated third parties. By continuing, you agree to our Terms of Use and Privacy Policy.