Platform9, a SaaS provider of managed Kubernetes and OpenStack for private and edge clouds, has added bare metal to its list of offerings with this month's introduction of Platform9 Managed Bare Metal, a fully managed cloud-based service that allows its customers to turn their servers into private clouds.
Dec 23rd, 2020 10:44am by Mike Melanson 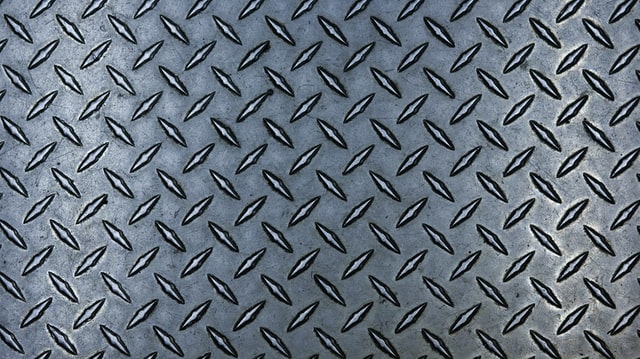 Platform9, a SaaS provider of managed Kubernetes and OpenStack for private and edge clouds, has added bare metal to its list of offerings with this month’s introduction of Platform9 Managed Bare Metal, a fully managed cloud-based service that allows its customers to turn their servers into private clouds.

“In large enterprises, they have a server admin team, and those folks either do it all manually, server by server, or they put a whole bunch of scripts together. You have to go and update your BIOS, update your firmware, deploy an operating system, and then deploy whatever stack you need, and now you have to do that across hundreds of servers. It’s very, very cumbersome, and obviously error-prone because it’s all manual,” said Pemmaraju. “We’re taking all that pain away and making it completely automated — single-click, remote, instant provisioning. You point to a server with an IP address and within a few minutes, you can have that server up and running with everything you need and, of course, at scale.”

Built partly using the OpenStack Ironic bare metal provisioning open source project, Platform9 Managed Bare Metal gives users a familiar user interface where they can deploy, manage, and troubleshoot their bare metal cloud, using the role-based access control (RBAC) employed elsewhere on its platform. At the same time, the UI is not the only way to perform actions on the bare metal cloud. Rather, users are given access to the same API that powers the UI, giving them the ability to put bare metal provisioning directly into their existing continuous integration and continuous delivery (CI/CD) pipelines.

API access combined with the self-service UI, explained Pemmaraju, offers a developer agility in regards to bare metal that is otherwise unavailable.

“Bare metal has traditionally been the slowest component in the whole stack. Just to get it provisioned, getting up and running, changing it on the fly, it takes weeks, right? People don’t want to touch it. Once they install, they leave it as it is, which makes things very unnatural,” said Pemmaraju. “People want to be able to change the persona of their servers very quickly. They want to be able to test their software on various types of hardware, like an HP or a Dell server, different network cards and so on. How do you do that very quickly? If you have API-level access, then you can automate the whole thing. You can spin up a new server in a matter of minutes and test your new software with a new permutation.”

Beyond quickly provisioning bare metal via UI or API, Platform9 also brings the ability to deploy Kubernetes to these bare metal clouds once, providing a uniform environment across the edge, private cloud, and bare metal.

“Increasingly, people want to run Kubernetes directly on bare metal, for obvious reasons: they want high performance, they don’t want the hypervisor tax, and they want to be able to scale and take advantage of everything that Kubernetes offers. But currently, they’re hampered by their ability to manage the underlying bare metal. There are a number of vendors that provide Kubernetes on bare metal, but they expect the customer to handle the bare metal piece of it,” said Pemmaraju. “That is a problem we are solving for going forward. I think we’ll see more and more Kubernetes on bare metal, which is something that we are already doing with this offering.”

Mike is a freelance writer, editor, and all-around techie wordsmith. Mike has written for publications such as ReadWriteWeb, Venturebeat, and ProgrammableWeb. His first computer was a "portable" suitcase Compaq and he remembers 1200 baud quite clearly.
Read more from Mike Melanson
SHARE THIS STORY
RELATED STORIES
What Do 'Cloud Native' and 'Kubernetes' Even Mean? Do You Need a Managed Database? Livin’ Kubernetes on the (Immutable) Edge with Kairos Project How Boeing Uses Cloud Native Break Your Bottlenecks: Don't Let Kafka Challenges Hold You Back
SHARE THIS STORY
RELATED STORIES
Takeaways from the ESG GitOps and Shift Left Security Survey How Boeing Uses Cloud Native Install Dozzle, a Simple Log File Viewer for Docker Meet SIG Cluster Lifecycle and Cluster API Maintainers at KubeCon Retrospective: Why Was Cloud Foundry at KubeCon?
THE NEW STACK UPDATE A newsletter digest of the week’s most important stories & analyses.
The New stack does not sell your information or share it with unaffiliated third parties. By continuing, you agree to our Terms of Use and Privacy Policy.