The Future of Polygon and Layer 2 Blockchains after the Merge

With energy concerns in Ethereum now eliminated, why would dApp developers choose an L2 blockchain like Polygon in a post-Merge world?
Sep 15th, 2022 9:45am by Jake Ludington 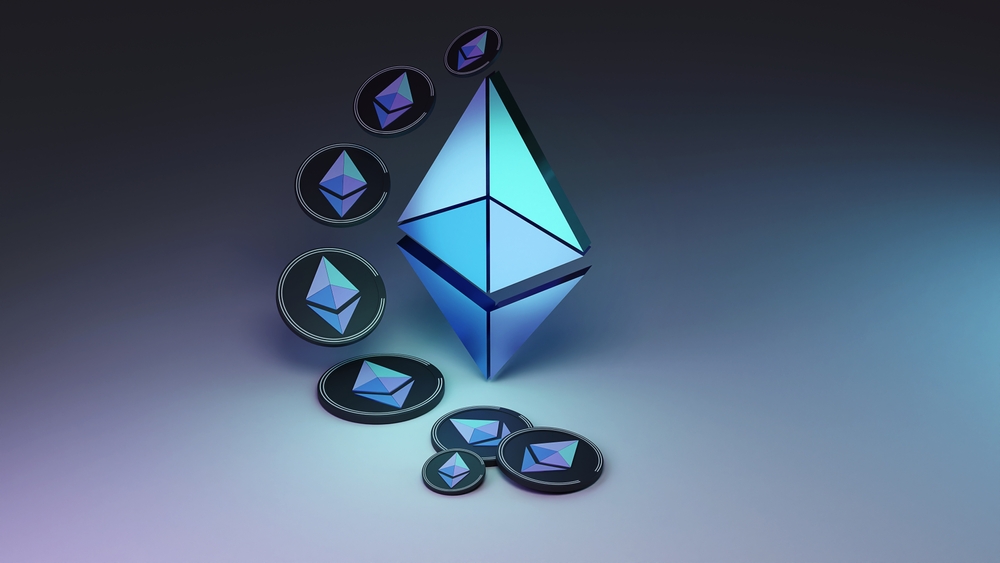 Image via Shutterstock. Polygon graphics provided by Polygon.
TNS Annual Reader Survey
We need your input! Take 5 minutes to chime in and help guide our coverage.
Begin the survey

The Merge, Ethereum’s highly anticipated move from proof-of-work consensus to proof-of-stake, completed just before Midnight Pacific Time on Sept. 14. Instead of miners solving math problems as a method to secure the Ethereum network, validators staking large deposits of Ethereum tokens will make sure the network remains secure. The Merge successfully completed overnight.

Happy merge all. This is a big moment for the Ethereum ecosystem. Everyone who helped make the merge happen should feel very proud today.

The biggest win from a technology perspective is that Ethereum dramatically reduces energy consumption to a level that has no meaningful impact on the environment. By its own estimate, Ethereum was consuming 112 TWh of energy per year using the proof-of-work model. The expectation is for that number to decrease to 0.01 TWh per year after the Merge. Energy footprint and the resulting carbon emissions are one of the biggest criticisms of blockchain technology generally, as well as being an influencing factor in decentralized application (dApp) developers choosing Layer 2 (L2) blockchains like Polygon and Arbitrum, instead of building directly on the Ethereum blockchain.

So with energy concerns eliminated, why would dApp developers choose an L2 blockchain in a post-Merge world?

Polygon’s approach to sustainability pre-Merge included offsetting the carbon emissions caused when Polygon interacted with Ethereum. In an interview with The New Stack, Stefan Renton, Sustainability Lead at Polygon, said, “A report from the Crypto Carbon Ratings Institute (CCRI) found that 99.92% of all Polygon-adjacent emissions (roughly 60,903 tons of CO2e) originate from the activities on the proof-of-work base layer of Ethereum. Polygon’s own carbon emissions, excluding Ethereum activities, are comparatively minimal, amounting to just 50.13 tonnes of CO2. This is analogous to eight round trips from Munich to San Francisco in business class or ten times the electricity an average U.S. household consumes annually.” 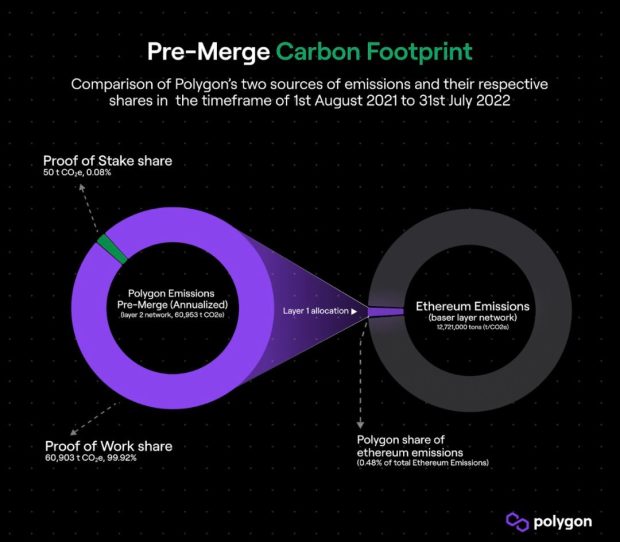 Post-merge, Polygon is aiming to be carbon-negative. In discussing this goal, Renton said, “While the Merge will address the vast majority of environment-related concerns aimed at Ethereum, this is far from the end of Polygon’s sustainability efforts. Polygon has fully committed to becoming a carbon-negative platform in 2022. Thanks to the Merge, coupled with our own offsetting measures, this is now highly achievable in the near term.”

You can read more about Polygon’s commitment to sustainable development in their Green Manifesto, published in April 2022.

The Merge doesn’t change the variable transaction costs, or gas fees as they are frequently called, associated with Ethereum transactions. Renton said, “The Ethereum Foundation noted that the Merge is not an expansion of network capacity and thus will not result in lower gas fees.” Layer 2 solutions have traditionally had low fee structures, which is part of the appeal. Polygon and other Layer 2 blockchains will continue to offer substantial cost savings over Ethereum’s transaction model.

Transaction processing speed on the Ethereum network remains roughly unchanged after The Merge. The Ethereum foundation highlights the case for using Layer 2 blockchains for scaling, pointing to the existing capacity constraints of Ethereum. For Polygon’s role in this scaling, Renton said, “As a leading Layer 2 Ethereum scaling platform, Polygon is and will continue to offer significantly cheaper and faster transactions compared to the Ethereum L1 mainnet. These advantages will be bolstered even further after the launch of Polygon’s zkEVM, the first zero-knowledge proof-based, fully compatible equivalent of the Ethereum Virtual Machine.”

Early testing of Polygon’s zkEVM suggests that the zkEVM will boost Ethereum’s current throughput by several orders of magnitude and simultaneously reduce network fees by over 90%. The visualization below from Polygon’s blog shows what this might look like. 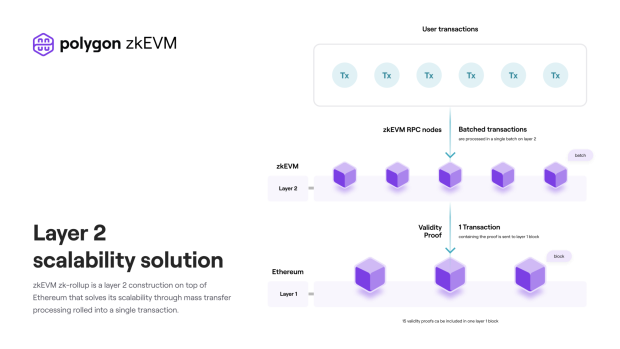 One key question I asked Renton was about what changes developers will need to make to their apps following the Merge. I also asked if developers automatically inherit the reduction in carbon emissions. He said, “Polygon-based dApps will not require any infrastructure changes and will continue to benefit from Polygon’s carbon offsetting and low emissions. At the same time, since the Merge will massively reduce carbon emissions on Ethereum’s side, all dApps running on Polygon will automatically start benefiting from that as well.”

Before the Merge, Polygon was showing signs of strong adoption, with a number of well-known companies adopting its blockchain technology this year. Starbucks announced plans to roll out a blockchain-based loyalty program powered by Polygon just this week. Disney selected Polygon for its accelerator program in July.

In August, Alchemy data released on the Polygon blog stated that over 37,000 dApps have launched on the blockchain since inception. 11,800 of these dApps were active as of the end of July, which was an increase from 8,000 active projects in March 2022. Another key statistic from the report shows that 74% of projects were exclusively built on Polygon, with the remaining 26% spanning both Polygon and Ethereum.

It remains to be seen how dApp developers will approach application deployment following the Merge, but lower transaction fees and higher throughput for transactions certainly make a compelling case to consider Layer 2 solutions into the future.