Alex Williams, founder and editor-in-chief of The New Stack, spoke with Gou Rao, co-founder and chief technology officer, of Portworx about the release of PX-Enterprise 2.0.
Dec 4th, 2018 12:10pm by B. Cameron Gain 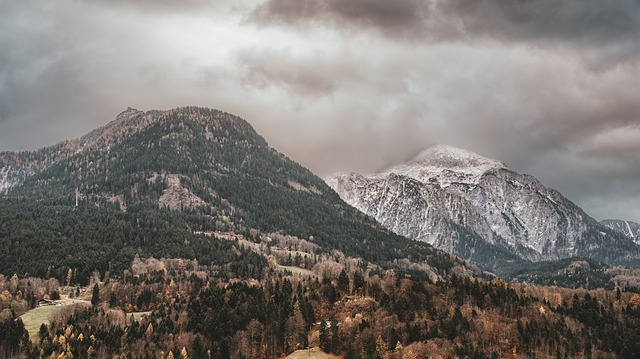 It is certainly well known how Kubernetes and microservices can offer organizations unapparelled opportunities in agility, speed to deployment, resource savings and other advantages — but harnessing this power can be a difficult, especially when moving to multicloud environments.

The challenges associated with helping organizations make the jump to the cloud has served as a main theme of Portworx’s narrative as a company, culminating in the release this week of PX-Enterprise 2.0, a cloud native storage and data management solution geared for containers.

This was the main theme during a podcast Alex Williams, founder and editor-in-chief of The New Stack, hosted with Gou Rao, co-founder and chief technology officer, of Portworx.

As its name suggest, PX-Enterprise 2.0 is designed to facilitate data movement across and between a multi- and hybrid-cloud scenario, Rao said. “The goal is to compliment Kubernetes, by laying out a design pattern in how you manage and orchestrate multicloud applications,” Rao said. PX- Motion will allow you to do that across multiple Kubernetes clusters, even between different cloud providers.”

Portworx’s journey began as a company based on the understanding that there “was a bigger shift happening when people were talking about cloud,” Rao said. It was much more than just opting for a cloud service that Amazon offered, but instead, involved customers “saying I’m changing fundamentally how I’m going to deploy and manage my application infrastructure to get that agility,’” Rao said. “And we saw technologies like Docker making a lot of sense and the birth of Kubernetes, which started defining a new set of DevOps-related deployment patterns.”

With CI/CD pipelines, for example, moving data associated with “large builds going on” from “one build cluster to another” can, in many cases, involve waiting for the data to be processed while “a large number of developers are just sitting there doing nothing,” Rao said. “But if you have multiple clusters where there is intelligent software that can orchestrate the existence of the data between clusters, then your developers are highly productive again.”

Not having the right storage processes in place, in many ways, can also defeat many of the benefits Kubernetes offers in cloud environments. When someone must manually copy and recreate data outside of the Kubernetes construct, for example, this means “you’re not getting that agility that you had in cluster, so you don’t have the seamless operation and portability and transferability of containers across the cloud,” Rao said. “And so, the pain that people face is they have to resort to traditional storage practices to make that happen, which is not programmable. It’s not on demand and not burstable, so you’re going back to downtime and… depending on another person to facilitate some of the data staging before you can resume your work.”

The advent of containers and Kubernetes on the cloud, as mentioned above, has also shaken up how applications are deployed and maintained, which has, of course, had a direct bearing on DevOps’ processes and practices. “This established a new way in how DevOps was going to manage their application infrastructure, so we saw that really making a lot of sense for how people wanted to deploy the application,” Rao said. “And our whole goal was: ‘hey, a lot of these applications are going to have state associated with it and there’s really no layer built to complement Kubernetes and Docker to facilitate the state.’ So that’s really where we started.”

Using PX-Enterprise 2.0 as a tool can thus help DevOps accomplish deploying multiple Kubernetes clusters, facilitating the movement of applications between them and adding stateful solutions such as data recovery and backups for their otherwise stateless clusters.

“So, people are trying to create highly resilient and agile cluster environments that are going to operate, perhaps within different availability zone, across private or public clouds from different cloud providers,” Rao said.

1:26: What is the story of Gou Rao before Portworx, like in those earlier years?
4:30: Perhaps you could take us into this new world of Portworx 2.0 and how that’s maturing
10:04: What is the growing dimension of 2.0?
16:19: Is there a difference between the Red Hat/IBM acquisition and what you’re seeing out of other cloud service providers?
17:49: How do you think about portability in terms of data gravity?
23:28: What are you seeing in terms of the developer experience out of this?