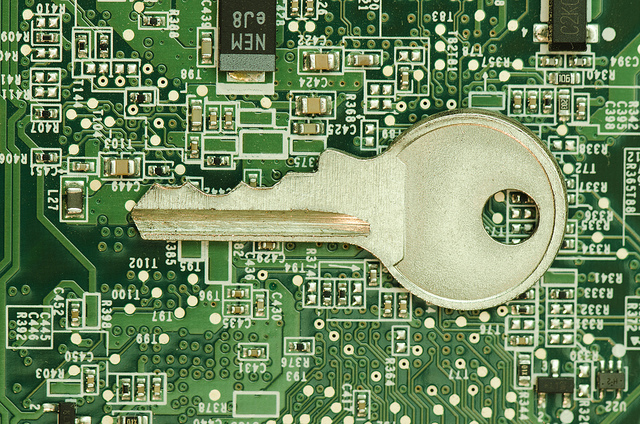 In the new-world of programmable-everything, passwords are certainly not a viable vehicle for strong access control at the automation scale. Configuration files include public ssh keys to securely configure, access and manage the infrastructure, platforms and applications remotely.

But keys are worthless if exposed improperly. Developers will sometimes inadvertently post their private keys in Git repos, available for anyone to see. Last week, a developer, using simple techniques and code totaling under 80 lines, said he gained access to 5 Amazon EC2 servers in two hours by using Github Search.

Attackers are always on the lookout for the weakest link in the chain. If a trivial search or a small script can work over a public code repository API to extract hundreds of private keys in a few minutes, why bother investing the time and effort on targeted exploits. Add this to the patterns or predictive outputs from public cloud providers and you can combine the two to turn automation on its head to do really really bad things. Hide this attack behind a DDoS (Distributed Denial of Service) and the business will crumble down to nothing – see codespaces.com.

While public ‘cloud’ services can offer the scale and depth for such attacks, this scenario is equally possible in a privately hosted API. It will take a brave enterprise CSO (Chief Security Officer) to attest to a zero-compromise environment across the entire endpoints or servers. Hence, the risk of exposing sensitive access control data and its impact to the private code repositories is identical.

The first line of defense will always be the developer who works with sensitive access data like their private keys. Clearly, Github goes at length (see quote below) to highlight the risk to the developers. Github has detailed guidelines to do just that, albeit under Advanced Git. The importance of .gitignore cannot be emphasised enough.

While humans are not perfect, APIs can surely strive to be. While the secure API design guides are aimed at securing the actual API services against security attacks, the design should also consider the data it presents and not respond to sensitive data requests. Obvious search keywords like .pem and BEGIN RSA PRIVATE KEY should not pull any results from the public code repositories unless there is an exception.

SecOps generally tend to follow DevOps and they are probably worn out by compliance requirements and checklists mostly. Before those next generation application security firewalls are installed to defend against the APTs (Advanced Persistent Threats), there is a very remote possibility that a script using that private key committed in error to a code repository might compromise or wipe out the critical infrastructure of the entire business.

SHARE THIS STORY
RELATED STORIES
The Flywheel Effect of Kubernetes APIs How to Overcome Challenges in an API-Centric Architecture Not All Superheroes Monitor APIs. Here Is Why They Should Improve the Quality of Your APIs with Spectral Linting State of the API: Monetizing API Deployment Is on the Rise
SHARE THIS STORY
RELATED STORIES
What Is APIOps? (In Less than 500 Words) The Flywheel Effect of Kubernetes APIs How to Build an API-Centric Digital Architecture Platform Engineering in 2023: Dev First, Collaboration and APIs Twitter Leak Shows How Important API Security Remains in 2023
THE NEW STACK UPDATE A newsletter digest of the week’s most important stories & analyses.
The New stack does not sell your information or share it with unaffiliated third parties. By continuing, you agree to our Terms of Use and Privacy Policy.