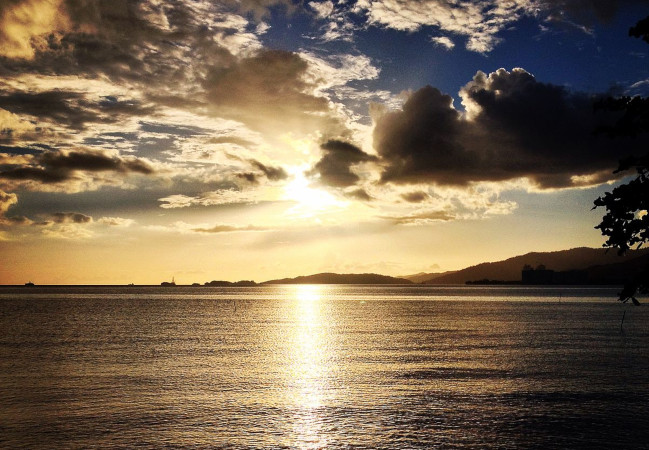 It’s been a big year — and now we’ve reached that final closing ceremony where we wonder what it all meant. We’ve traditionally called this annual story “a massive MapReduce on the year gone by,” a lightning round of those overlooked moments in the world of technology that seemed like they might have meant something more.

And after a year like no other, with its many many challenges, maybe it’s even more important to take a moment to remember the things that went right in the year 2020.

It’s been a good year for Linux. “Thanks to companies like System76, Lenovo, and Dell, businesses have serious options for Linux on the desktop,” we noted earlier this month. And in November Purism began shipping its mass-produced Librem 5 smartphone to customers, a phone which runs not on Android but on their own PureOS distribution of Linux — the same distro that ships on Purism’s laptops and their mini PC. The company boasts this transforms their smartphone into “a one-of-a-kind general-purpose computer in a phone form-factor that Purism has designed and built from scratch following a successful crowdfunding campaign that raised over $2.2 million.” It’s inspiring to see a community-supported product complete its long journey from conception all the way into production. 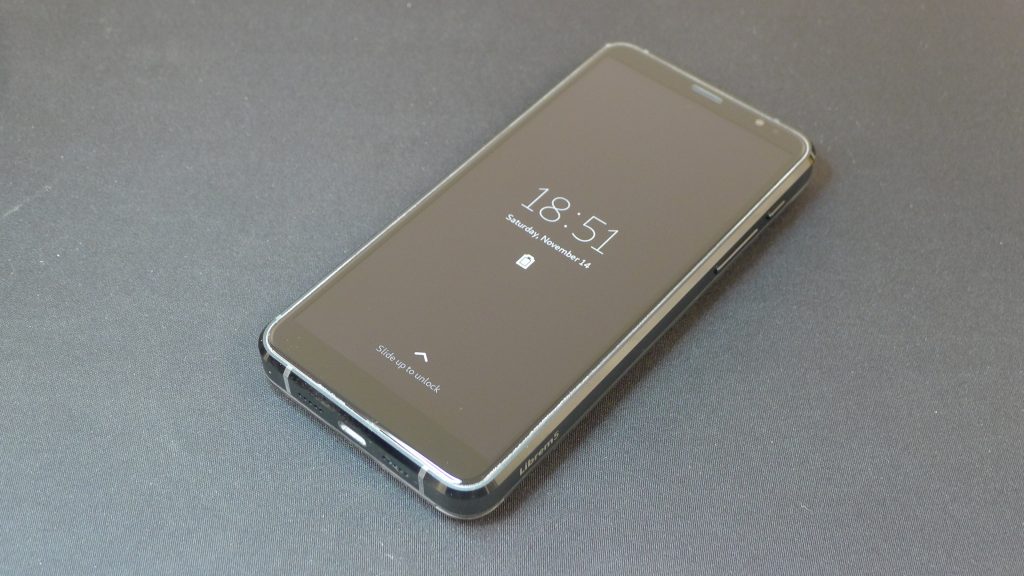 Yet this year also saw reminders that even in the Linux community, change happens in little ways as well as big. This was the year the Linux kernel officially deprecated the “strong preferred limit” of 80 columns for lines of code, with Linus Torvalds arguing “Long lines are natural” and “fundamentally useful” — especially in a world where assuming an 80 x 25 window “is simply NO LONGER RELEVANT to most of us.” But there were also hints that parts of the Linux kernel might someday be written in Rust. (Or at least, other programming languages besides C.) “Things are afoot, and these things take a long, long time,” Linus Torvalds said in a special virtual edition of the Linux Foundation’s annual Open Source Summit and Embedded Linux Conference North America.

And there was an even bigger change in the same month, when Linus Torvalds switched his main computer from an Intel chip to the speedy new 32-core AMD Threadripper 3970x. Torvalds didn’t just like it. He’d gushed that “My ‘allmodconfig’ test builds are now three times faster than they used to be, which doesn’t matter so much right now during the calming down period, but I will most definitely notice the upgrade during the next merge window.” 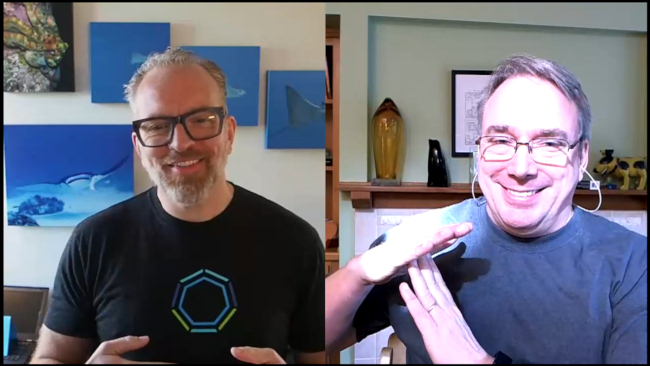 But change was also happening in some other major venues too. This was the year that Apple announced it was switching its future Macs from Intel chips to its own in-house-designed (and ARM-based) system on a chip, which they claimed delivered multiple advantages. “The new MacBook Air doesn’t have a fan, so it’ll be completely quiet at all times,” reported ZDNet, adding “It has up to 18 hours of total battery life when watching videos…”

Apple was so proud that they brought back John Hodgman to reprise his role as the embodiment of all the world’s hapless PCs.

2020 was the year that a ground-breaking videogame from the 1993 — Myst — reappeared in virtual reality. But it was also the year that one nostalgic developer created their own version to run on a vintage Apple II. Another developer got Windows 1 running on an Oracle VM VirtualBox. Even the “Y2K” bug from 1999 re-appeared in a new form on Jan. 1 of 2020. 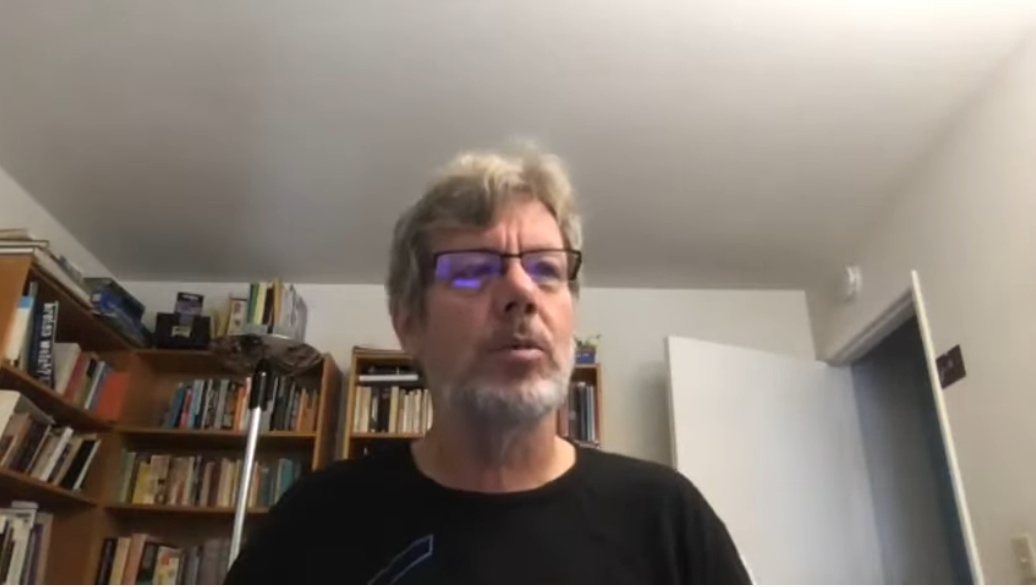 Maybe the theme running through all these moments is the thoughtful and careful consideration is given to the way we handle the technological legacies that appear before us. A blogger in Russia shared photos of recently discovered Soviet-era computers from the 1970s. And December also saw remembrances of “renegade” developer Eric Engstrom, who had crucially championed DirectX within Microsoft in the 1990s.

But throughout the year, 2020 also gave us a chance to celebrate the programming pioneers that are still with us — and there was something reassuring about seeing their familiar faces at virtual conferences or on podcasts throughout the year. 2020 saw new talks from 70-year-old C++ creator Bjarne Stroustrup, Swift designer Chris Lattner, Ruby Creator Yukihiro Matsumoto, and Ruby on Rails creator David Heinemeier Hansson. The creators of Kubernetes remembered the origins of their container orchestration system, while Linux kernel maintainer Greg Kroah-Hartman talked about the importance of respecting your users.

This year Bruce Perens, one of the two co-founders of the Open Source Initiative, left the group while proposing a simpler three-license system he called “Coherent Open Source.” And Steve Wozniak even turned his 70th birthday into a virtual fundraiser for Jewel’s Inspiring Children Foundation, which provides mentorship and mental health resources for at-risk youth.

While 2020 was the year that recently-retired Python creator Guido van Rossum joined Microsoft — it was also the year that he surprised the Python Steering Council by volunteering to help the working group that’s migrating bugs.python.org to GitHub. In 2020 Systemd creator Lennart Poettering continued proposing updates for the implementation of Linux home directories, and Richard Stallman remained active in the Emacs community.

And Vint Cerf continued working on bringing the internet into outer space.

But throughout 2020, some of earth’s brightest minds continued humanity’s ongoing effort to expand our presence in the cosmos. NASA engineers even controlled the Curiosity rover on Mars while sheltering at home. And this was the year that NASA landed a probe on the asteroid Bennu, while a sample of rocks collected on the asteroid Ryugu was actually successfully returned to earth by the Japan Aerospace Exploration Agency. China became only the third country to successfully bring back samples from the moon. And for the first time SpaceX’s Falcon 9 rocket launched a Crew Dragon capsule that carried astronauts all the way to the International Space Station in May — and then again in November.

In November the state of Arizona even elected an astronaut to be their Senator  only the fourth astronaut ever to serve in the U.S. congress — one subtle sign that space exploration will, over time, gradually work its way into the fabric of our day-to-day lives. 2020 was also the year SpaceX also began offering beta tests of its new Starlink satellite internet service — a feat enabled by a fleet of nearly 1,000 satellites, according to Space News. The site notes they’re being deployed in 60-satellite payloads launched on the company’s reusable Falcon 9 rockets — one of which had actually been launched a record-setting seven times by November. Some astronomers even began complaining that their view of the heavens could be obstructed by all those satellite, with one arguing in Scientific American that “It’s a question of what kind of sky you want your grandkids to have.”

But like much of the year, our movement into space is also a reminder that we’re always building on the work of those countless others who came before us. In September a mysterious object entering the Earth’s orbit turned out to be a booster rocket from a 1966 moon-exploration mission that had finally found its way home. And it was heartening to see others taking a moment out of their year to commemorate our pioneers of the past. This year one spaceflight software engineer recreated the long-lost assembly-language code that had run NASA’s moon-landing Apollo 10 module back in 1969. And a film restoration specialist even used AI to convert moon-landing footage into a high-definition video.

Open Apollo 16 in 60fps: Rover Traverse To Station 13 on YouTube.

I like to believe that the legacy of 2020 might be a greater appreciation for the world we have. In December former Microsoft CTO Nathan Myhrvold began revealing the results of an 18-month project to take high-resolution photographs of snowflakes. And in an interview with Fast Company, Myhrvold explained that “One of the things I just love about snowflakes is they’re utterly beautiful, but on the other hand they’re utterly common.”

Many are getting a close-up look at winter weather thanks to #WinterStorm Gail, but Nathan Myhrvold *83 has gotten THE closest look, using a custom-built, 100 megapixel camera to capture these breathtaking images of snowflakes. https://t.co/KRsG6I6NRB (via @Forbes) ❄️ pic.twitter.com/y9cizRx32c

And sometime during the year, XKCD cartoonist Randall Munroe penned a particularly thoughtful cartoon reflecting on the 10-year anniversary of his wife’s cancer diagnosis — and on the preciousness of time together.

Maybe that’s the ultimate message of New Year’s day — that time itself is precious. So let’s raise a glass to our friends and compatriots who were with us in the year gone by.