Prepping for 2023: What’s Ahead for Frontend Developers

From economic unpredictability to WebAssembly, 2023 promises to be an exciting year for frontend and web developers.
Dec 27th, 2022 6:00am by Loraine Lawson 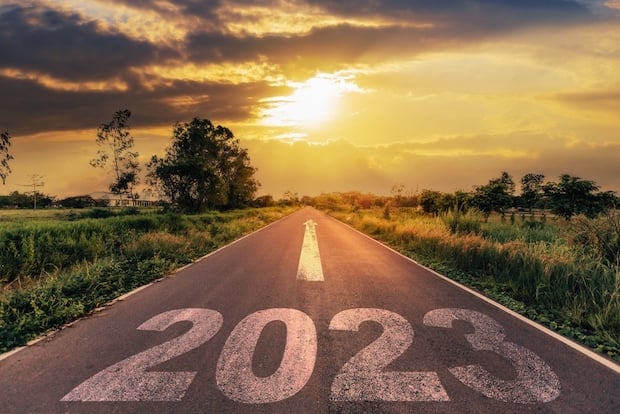 It has been a pretty sunny time to be a developer. Although mileage may vary, development has been one of the more autonomous, exciting and rewarding if not outright lucrative jobs for some time now.

Will 2023 change that? Maybe not, but that doesn’t mean it’ll be all sunshine and light for developers.

“Be on the lookout next year for highs and lows when it comes to software development,” warned Forrester analyst Chris Gardner.

Here’s a look at some of what Gardner and others are predicting for the year ahead, with an eye to how it will impact web and frontend developers.

A recession is defined as “a significant decline in economic activity that is spread across the economy and that lasts more than a few months,” according to The National Bureau of Economic Research (NBER) Business Cycle Dating Committee, which the White House calls the official recession scorekeeper. We haven’t seen that yet in 2022 but some financial experts have been predicting its coming.  This potential macro trend will impact even frontend developers, predicted Toptal Frontend Architect Viktor Bezdek.

“The primary trend I foresee impacting frontend/web development in 2023 is the impending recession,” Bezdek told The New Stack. “I expect pressure on engineering productivity and major pressure on business performance. Users will continue to judge companies by the credibility of their user experience and design.”

Specifically, he foresaw economic pressure will make efficiency a critical topic, he said, which will lead to a focus on productivity tools that speed development.

“We can expect rapid development of tools like the Rome and Turbopack, which have a major impact on developer experience — bundling speed, CI times, etc.,” Bezdek stated via email. “Frameworks like Astro or Aleph.js will get more traction thanks to a novel approach on JavaScript delivery and/or scalable architecture (islands) while still being compatible with React.”

Related to that economic note, 2023 will see companies competing for more for every consumer’s dollar at the frontend, said Guillermo Rauch, CEO of Vercel, a frontend stack for web developers and edge provider.

While there may be external economic pressures affecting the work of developers, the job market will still hold opportunities in the development sector, predicted Mikhail Korolev, a senior frontend engineer who also works at Toptal.

“The demand for experienced engineers is high (and in my opinion, it will continue to be this way, even with a possible average compensation shift), but hiring for junior level positions could potentially be reduced,” Korolev told The New Stack via email.

It will continue to be an exciting field to work in, he added.

“Technology-wise, the last two years have been the most exciting,” he said. “We have seen the birth of a new era of frontend tooling written in something that is not JavaScript. While there are still a lot of companies who are not ready to justify the cost of migrating, those who dare can enjoy reaping the benefits of 10x (quite literally) build speed and greatly increased engineer happiness.”

What Developers Can Do:

“Engineers should continuously increase their value,” Bedeck recommended. “Ideally, one should be T-shaping their skillset.”

That means going deep in some directions but wide with skills as well. Those wanting to master the frontend craft will need to have some knowledge about networking, DevOps, automation, testing, programming concepts, security, SEO, user experience design, software architecture, performance optimization, asset optimization, analytics and so on, he said.

“Having an eye for aesthetics, understanding composition and motion concepts and knowing at least basics about colors is extremely helpful,” he said. “Good knowledge of web typography and typographic principles is a must.”

Korolev also suggested frontend developers increase their expertise and tout the new frontend tooling to their colleagues and companies. Without wide adoption, trials and feedback, no new technology is able to move and push the industry forward, he added.

WebAssembly and the Edge

Forrester’s Gardner foresees WebAssembly taking hold at the front end and the edge in 2023. While it can be used on the client side, WebAssembly “is exploding as a frontend framework,” he said, in part because the applications are so fast in terms of launching and developers avoid a lot of the runtime parsing that bog down JavaScript, Gardner said.

“Because you can build with many different languages, that also means that the support is going to grow even more,” he said.

WebAssembly supports Rust, but it also supports C, C++, C #, Go; things like COBOL can write to WebAssembly,” Gardner said. “So really sandboxed environments that are great things for client browsers are perfect for WebAssembly. It’s cross-platform, and it has very fast starts and it’s small and platform-independent as well. So we’re gonna see growth in general, on the frontend, with WebAssembly significantly next year.

Where WebAssembly starts to get into real use is when there are high-performing applications that need to run quickly and start up quickly, Gardner explained.

“We saw that WebAssembly could be a much faster solution for generating those images compared to trying to do it with JavaScript,” Rauch said. “We’re seeing these niche use cases where like WebAssembly is clearly faster than JavaScript.”

That said, Rauch’s prediction is that developers and organizations will continue to leverage TypeScript in particular to do the bulk of their application development.

What Developers Can Do:

WebAssembly will work alongside JavaScript, not replace it, Gardner said. If you don’t know one of the languages used by WebAssembly — which acts as a compiler — Rust might be a good one to learn because it’s new and Gardner said it’s gaining the most traction. Another route to explore: Blending JavaScript with WebAssembly.

“Rust to WebAssembly is one of the most mature paths because there’s a lot of overlap between the communities, a lot of people are interested in both Rust and WebAssembly at the same time,” he said. “Plus, it’s possible to blend WebAssembly with JavaScript so it’s not an either-or situation necessarily.”

That in turn will yield new high-performing applications running on the web and mobile, Gardner added.

“You’re not going to see necessarily a ‘Made with WebAssembly’ banner show up on websites, or anything along those lines, but you are going to see some very high-performing applications running on the web and then also on mobile, built off of WebAssembly,” he said.

As I recently wrote, 2022 was the year AI/ML really began to impact developers and how they code. That trend will — of course — continue into 2023.

David DeSanto leads GitLab’s product organization that focuses on providing a single platform for the entire DevSecOps lifecycle. In 2022, GitLab surveyed 5,001 DevSecOps professionals and found that 31% of respondents now use AI/machine learning as part of code review, and nearly half say they’ve achieved full test automation. So DeSanto predicted sister workflows are going to continue to gain popularity in application development.

“Organizations are trying to automate and improve their test automation, and part of that shift to shipping faster means, you have to find ways to optimize what you’re doing,” DeSanto said. “So the use of AI and ML as part of your code quality is also going to become a thing.”

What Developers Can Do

DeSanto sees it as an evolution — to ship code continuously requires pulling humans out of the process, and to do that, DevOps must build a  smarter process for validating code both in code review, code quality, and deployment, he said. It will mean what he called “sister workflows,” with AI assisting the development process. AI could lead to a more observable and secure software supply chain, DeSanto said.

“I think there’s gonna be a drive for better metrics and better observability,” he added.

Companies like GitLab and Vercel are already adding or exploring how to add AI/ML to the development cycle in ways that will be developer-friendly, they said. One of Rauch’s hypotheses is that AI could help with code migrations and errors.

“That’s one thing that we’re seeing with AI — the new thing that people want to invest in is introducing AI into their products,” Rauch told The New Stack. “But the other thing that is interesting for Vercel is all of these patterns of application deployment — we can embed AI to make your life easier.”